McLaren "will not give up" fight for third, says Seidl 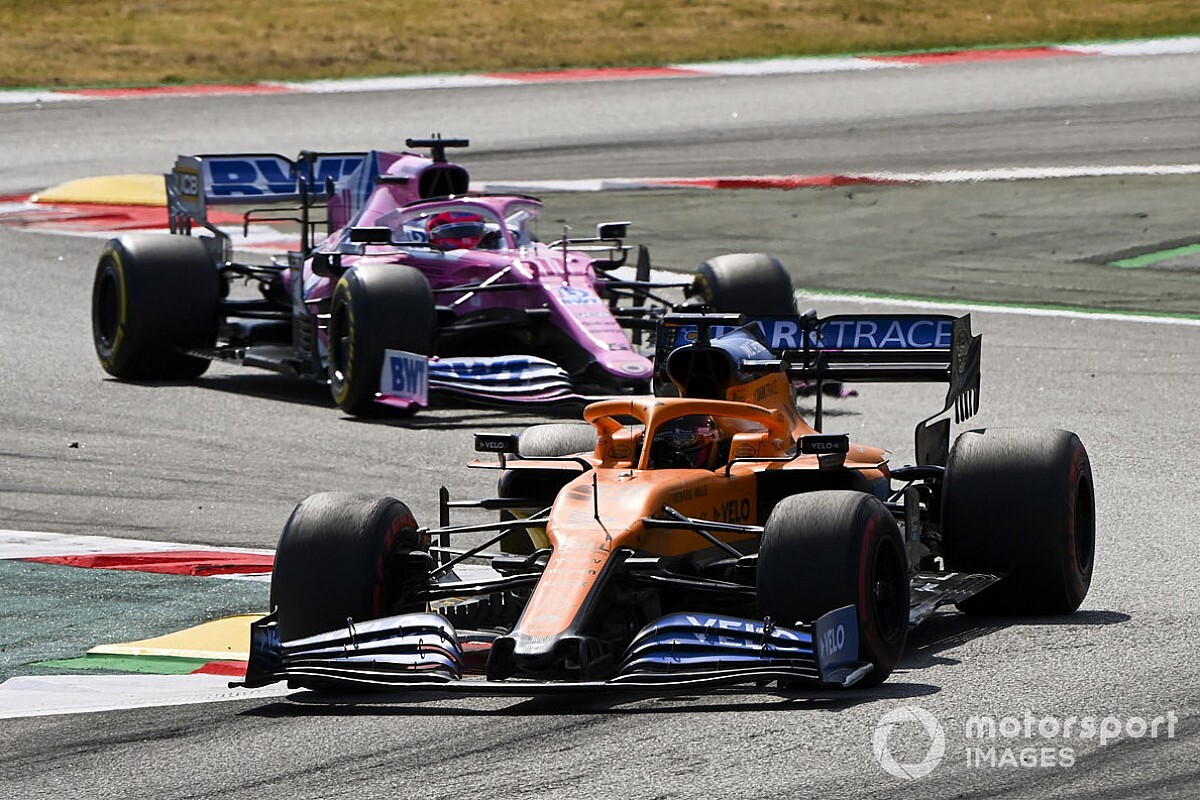 McLaren Formula 1 team principal Andreas Seidl has vowed that his team “will not give up the fight” with Racing Point for third place in the 2020 constructors’ championship.

McLaren make an encouraging start to the 2020 season, kickstarted by Lando Norris taking his maiden podium in Austria’s season opener.

Since then Norris and teammate Carlos Sainz have been a consistent presence in F1’s upper midfield, sitting fourth in the constructors’ standings after the Spanish Grand Prix, just one point behind Racing Point and one ahead of Ferrari.

When asked by Motorsport.com if third place in the championship is a realistic ambition for McLaren, Seidl admitted keeping up with Racing Point on pure pace will be difficult, but he has vowed his team "will not give up as long as there’s a chance".

"I think the fight we are in, in terms of pure car performance, is with Ferrari and Renault,” Seidl said. ”We have to stay realistic there. If Racing Point actually can use the potential of this car they have, it's difficult to fight them.

“But with the drivers and the level of execution we have there’s always the chance to still battle them and battle one Red Bull, and that’s what we are aiming for.

"This fight for P3 we will not give up as long as there is a chance."

Seidl believes McLaren now “clearly have the fourth-quickest car” and thinks the Woking outfit can use its superior execution of a race weekend to take the fight to Racing Point.

So far, the team has had a flawless reliability record in 2020 and has continued working on weak points, including its pitstops.

“In the race [the Spanish GP] we clearly had the fourth-quickest car, not being even far from the Racing Point, which is very encouraging and shows that we made a good step forward with the car," said Seidl.

“We have also seen last year that we scored many points compared to other teams simply by a very good execution of the races on Sunday afternoon.

"That gives me also a lot of trust that we have a strong race team together with support from home.”

Seidl added: "After six races we are in P4, one point ahead of Ferrari, [which] is something very encouraging, great motivation.

"But at the same time there’s no reason to get carried away, knowing we still have a long way to go when you see the Mercedes or Red Bull.”

Sainz finished sixth in his home grand prix, while Norris rounded out the top 10 on a track that highlighted some of the low speed deficits of the McLaren MCL35.

After a weekend off, Formula 1 will head to Spa and Monza, which should be tracks that suit the Woking team better.

"I'm actually looking forward to seeing what we can do in Spa,” Seidl said.

“We had a strong race there last year, we know about the weakness of our car especially in low speed, so we’re looking forward to tracks which are not so low speed dependent.”

Hamilton hopes ‘something positive’ comes up for Vettel in 2021

Vinales admits he lost his way on setup for Catalan GP