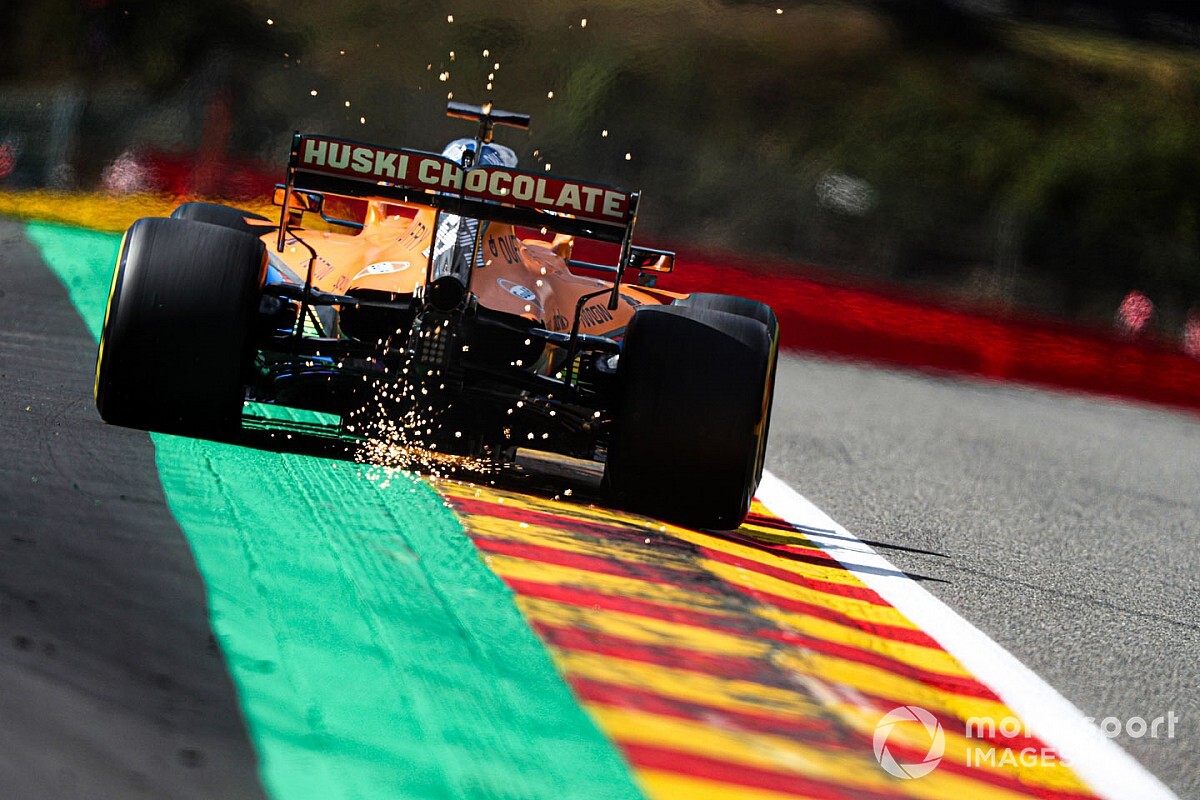 The controversies caused by the extremes of track limits policing at Portimao and Spa have highlighted how Formula 1 tracks have evolved in the wrong direction, says McLaren’s Carlos Sainz.

Last weekend, F1 suffered with strict enforcement of track limits in practice at the Portuguese Grand Prix, when the FIA was forced to delete 125 lap times on the opening day of running because drivers had run wide.

The annoyance about the matter was further amplified by bizarre scenes in qualifying at the Spa 24 Hours, when there was no track limits policing and cars were running all the way up to the crash barriers in run off areas.

With both F1 and Spa eventually converging on better solutions for the remainder of weekend, Sainz feels that the ongoing headache over dealing with cars running wide is a simple consequence of too much use of asphalt run off areas.

"Honestly, I preferred what we had here [in Portugal] than what I saw in Spa," said Sainz

"The track in Spa, it changed completely when you saw what the guys were doing and the track they were driving. It had nothing to do with the Spa track that normally we get to drive.

"It just shows that the circuits in my opinion have gone too far. It looks like Spa already has a reaction to it by spending 80 million [Euro on improvements] in bringing back gravel [traps].

"I hope that Spa serves as an example for the future tracks that we go to, that you cannot keep going in the direction that they were going up until now."

After Friday's issue in Portugal, when every driver was penalised at least once for running wide across the track edge lines, the FIA relaxed the rules and deemed a breach would only be when a car went over the exit kerbs.

Sainz felt that was a much better solution, because it had been too difficult for drivers to perfectly judge staying inside or outside a narrow white line.

"The white line was too much of a narrow thing for us drivers to calculate at 300 km/h," he said. "We simply don't have the extreme capability of nailing every corner onto a white line, so there's always going to be a mistake and you're going to go a bit further on the white line.

"The red and white kerb is a lot easier for us to calculate and to spot on the track when we're doing 300 km/h."