Ferrari Formula 1 boss Mattia Binotto has revealed that the team plans to give new driver Carlos Sainz some mileage in a 2018 car early next year. 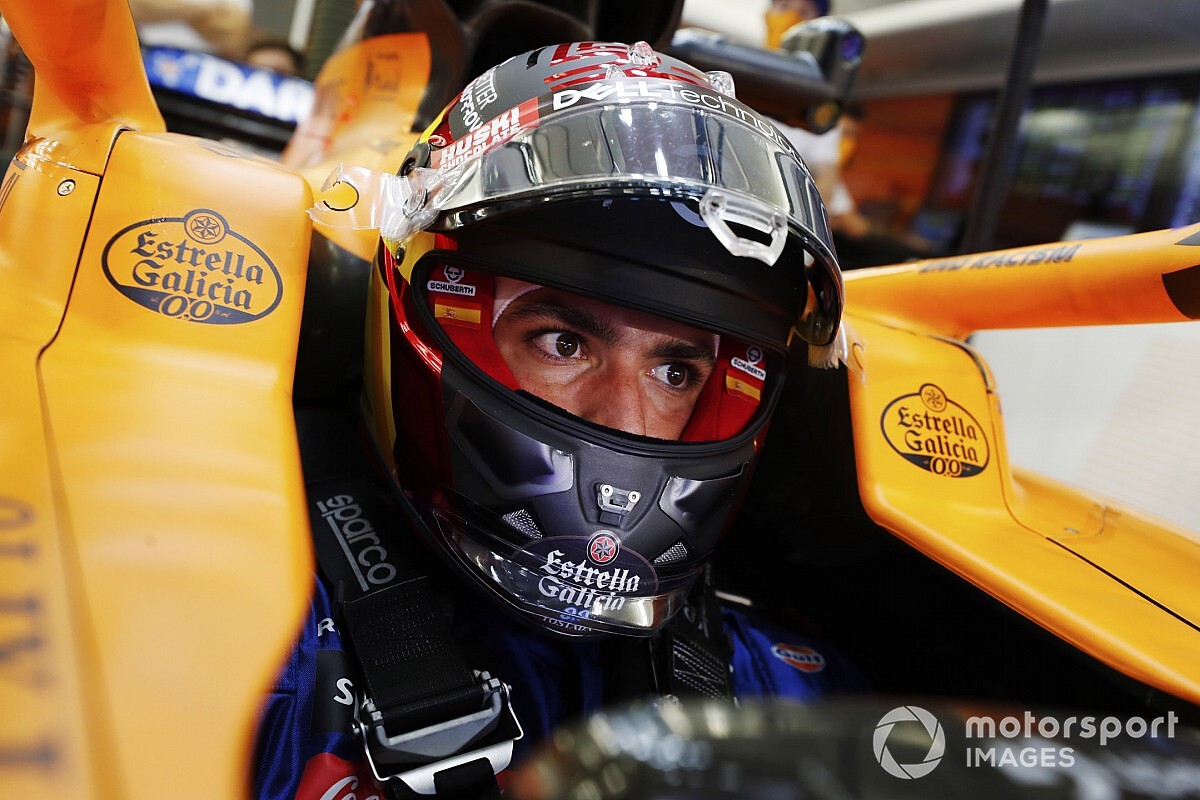 However, neither Daniel Ricciardo nor Sebastian Vettel will get any track running with their respective new teams McLaren and Aston Martin prior to the appearance of their 2021 cars.

With the upcoming post-season test in Abu Dhabi restricted to rookies, there are no opportunities for drivers who change teams to run current cars on track.

Only three days of official pre-season testing, to be shared between two drivers, is scheduled for next year, and thus those who have changed camps will have a limited opportunity to complete any mileage before the first race.

However, the rules allow the use of two-year-old cars without restriction, which is why Fernando Alonso has recently been busy logging miles at various circuits at the wheel of a 2018 Renault, prior to racing for the rebranded Alpine outfit next year.

Ferrari also has a suitable 2018 car, and will make it available for Sainz once he is contractually free of his McLaren commitments in January.

However, McLaren does not have the opportunity to run a Renault-powered 2018 model for Ricciardo, while Racing Point does not have a car for Vettel to use.

“Certainly one and a half days is very short, it’s very little time,” said Binotto. “Obviously we are trying to organise something for Carlos, to make sure he can speed up his integration with the team, with the engineers, with the car, with our way of working, our procedures.

“The simulator will be important in that respect – with the simulator he may work with his race team, his engineers, his technicians.

“We are currently trying to organise, January time eventually, to run with an old car, just to make sure again he gets used mainly to our team and procedures, and know the people.”

McLaren team principal Andreas Seidl said the team won’t be able to field an MCL33 for Ricciardo, as it gears up to switch to Mercedes power next year.

“In terms of running an old car, unfortunately, we don't have this possibility at the moment,” said the German. “We are not geared up for it due to the recent power unit changes we had at McLaren.

“In the end, we have certain resources within the team that are limited, at some point, and we simply need to make decisions of how we want to use these resources for the maximum outcome in the end in terms of results.

“And we clearly made the decision that the investment into putting something up like this has less priority compared to other things. And this is how we ended up at the position where we are right now.”

Seidl stressed that much can be achieved with the team’s new driver even without track running.

“I'm working on the plan together with all departments,” he said. “The technical side, but also on the communication side and the marketing side, to get Daniel integrated from the first of January onwards, as quickly as possible.

“I think we have a good plan in how we want to do that. Of course, it's challenging, with only having three days [of testing].

“But these are the regulations, how they are. So I don't waste any energy thinking about how bad that is, it's the challenge we're in. And we simply have to get on with it.

“Daniel is a very experienced driver. We have a lot of experienced guys in the team. And we approach this with a lot of positivity. I'm sure we will be in good shape once we go to the first race next year.”