Ferrari Formula 1 driver Carlos Sainz says the Maranello team's failure to get either of its car into Q3 in the Belgian Grand Prix was "not normal".

Sainz finished the wet Q2 session in 13th place, two places behind teammate Charles Leclerc, although both men will gain positions on the final grid due to penalties for Valtteri Bottas and Lando Norris.

Both drivers reported that they had struggled for grip, and they had no explanation for why that had been such an issue.

Sainz was particularly frustrated as he had expected to gain from wet conditions.

"Very disappointed because it's normally a condition that I was particularly looking forward to," said Sainz.

"Particularly around this circuit, I know the lines and the feeling of the car in the wet, I'm normally very strong.

"But for some reason, the grip wasn't there today. We struggled to get the front temperatures up, we were struggling to get any kind of feeling under braking, and it was very difficult to get the car stopped.

"Very strange, because in Imola I was very quick, and the feeling with the car at Imola was completely different to here. So something to look into, because it's not normal I think." 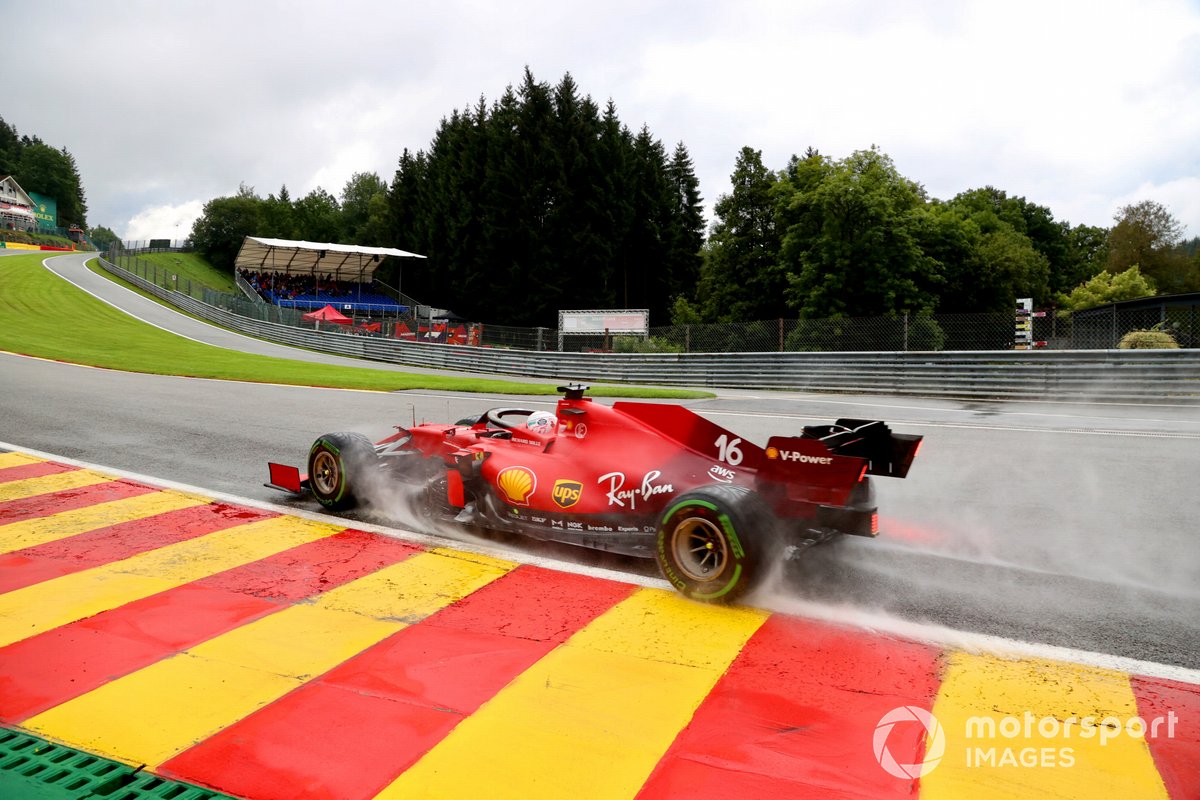 Leclerc agreed that the lack of grip when it mattered in qualifying came as a surprise.

"We were just lacking pace overall," he said. "Whether we know the reason, not yet obviously. I felt like we were bit more competitive than a P11 today.

"We definitely weren't in the fight for a top five start. But in between five and 10, that was our place today.

"But it's part of it, in those type of conditions, you also need to be out at the right time, and maybe today, because we saw some rain coming for the end of Q2, we went a little bit early. It was I think the right choice, but at the end, it's like this.

"It's very difficult to judge in those conditions. It's always very easy to say it after the session, what was the better option, but it's life. Today we did P11 and P13."

Ferrari racing director Laurent Mekies said that the team had expected Spa to be a tough weekend in dry conditions, and that rain would provide an opportunity to do better.

"We were expecting to recover some of the deficit of performance, this didn't happen, if anything it went into the other direction. So that's a disappointment. We have had good samples of performance in the wet earlier this year, in Imola for example.

"So for us it's important that we that we get to the bottom of it for the future. So as a result you are lacking those raw lap times then of course you fight a bit more with everything, the conditions, with risk taking, both on the driver side and the team side."