Carlos Sainz says his struggles to fully get on top of Ferrari’s 2022 Formula 1 car involve private matters and technical secrets.

The Spaniard has not been able to get as much out of new ground effect F1-75 as teammate Charles Leclerc, and had another frustrating outing in Spain last week when he dropped down the order with a spin.

Having had a run of incidents in Australia, Imola, and Miami, Sainz is aware that the situation needs to turn around soon so he can deliver better results for his team.

But key to doing that is getting a better handle on how Ferrari’s current car behaves, with him admitting that he is not fully comfortable with how sharp the front end turns in.

Pushed on what specific characteristics of the car he was struggling with, Sainz said the situation was very complicated and could not be fully answered.

“It's very specific,” he said. “It's a lot of detail. It is probably just too much to put into an interview, or to put into words, because I think it also deserves some privacy and some team confidential things.

“I think you can see from the cameras and from everywhere that I'm not there yet with the car compared to last year, and I'm not bragging naturally that the car is a bit too pointy for my liking. But that's the way it goes: you can either adapt yourself, or you can bring your car a bit more to your liking.

“These two things, they take time and they take knowledge and experience. It takes mistakes, it takes trial and error. And this is what I am in the process of now.” 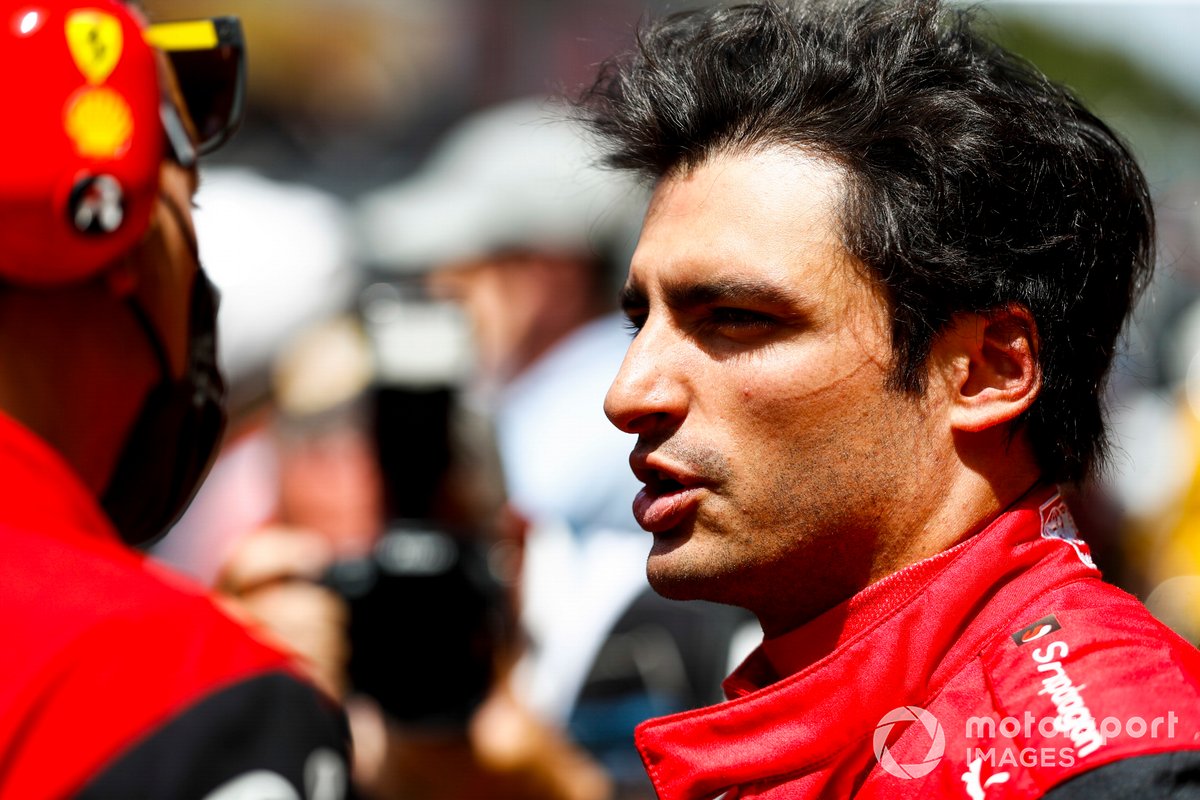 “I can only admire and try in some ways to copy, and in other ways to try to put it a bit more to my liking to be faster."

Sainz said his performances were also being put in a bad light because of the way that his teammate Leclerc was so on top of the car and regularly challenging for wins.

“He's driving at a very high level,” he explained. “He's putting together super impressive lap times, with an aggressive way of driving.

“I can only admire and try in some ways to copy, and in other ways to try to put it a bit more to my liking to be faster. And that's it, you know. It sometimes goes like this and, as a driver, you just need to go through a process and challenge yourself.”

Although accepting things were not ideal at the moment, Sainz said he had faith that matters would improve.

“I keep the positivity and the motivation to turn things around as soon as possible,” he said. “It's not been easy.

“You can probably see from the onboards and from the mistakes, that I'm struggling quite a bit to drive this car and to understand how to extract the maximum out of it. It's given me a whole new challenge in my F1 career.

“I'm putting my head down to try and fight this, and try to make it turn as soon as possible. There's been a combination of misfortune and mistakes from my side, which also counts, no?