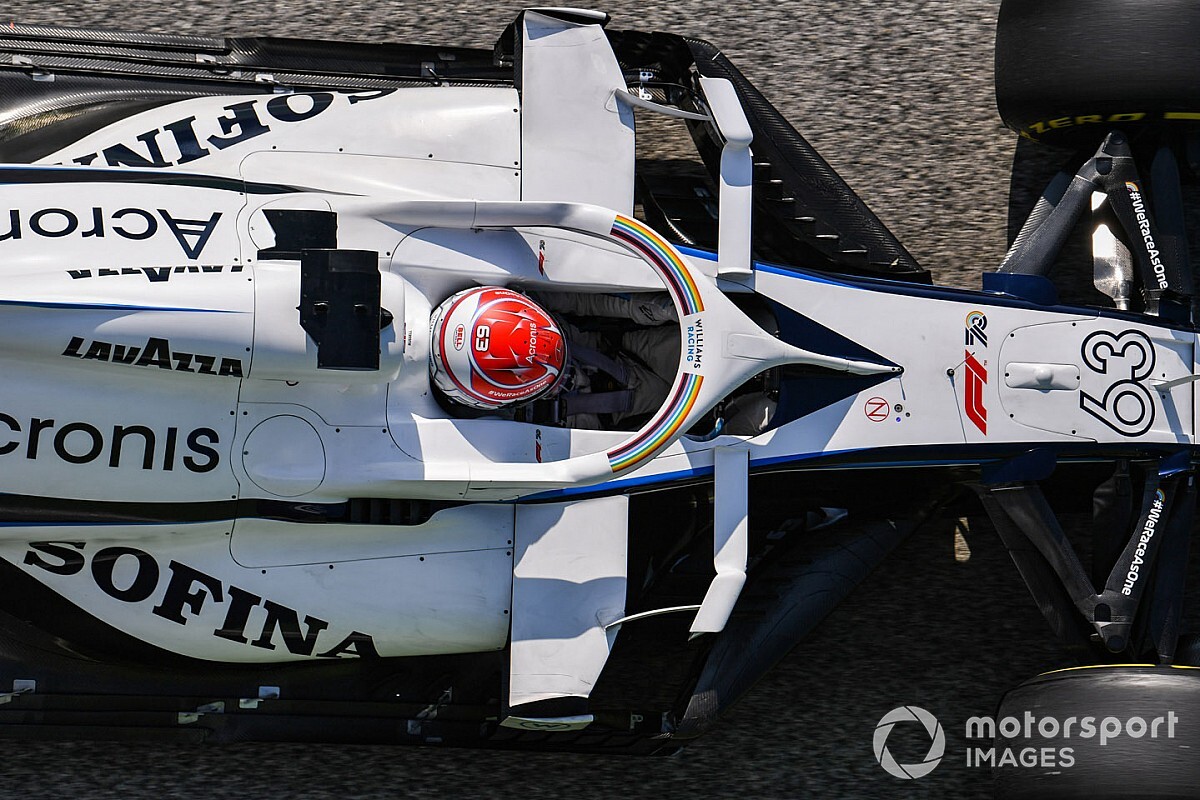 George Russell is set to take a power unit grid penalty at the Turkish GP, becoming the first Formula 1 driver to earn one in 2020.

The Williams man will take a new Mercedes V6, turbocharger and MGU-H. All are his fourth examples of the year, thus triggering a penalty that will see him start from the back of the grid.

He is also taking third MGU-K, but that is still within the season allocation.

In effect the penalty is a legacy of the first event of the season in Austria back in July, when Russell suffered an engine failure in the race.

He had to retire after running 49 laps of the Red Bull Ring with what the Grove team described at the time as a fuel pressure issue, and which led his engineer to ask him to switch off the engine.

That power unit was subsequently returned to HPP in Brixworth, and after investigations it has been deemed that it suffered a gear drive failure.

Russell thus had to take new elements for the second race of the season at the same venue, and the team has thus known all season that an extra change would eventually trigger a penalty.

The Mercedes protege has regularly made it into Q2 this year, and noted in Istanbul on Thursday that he and the team are understanding the car better.

"I think the F1 cars are so complex," he said. "Everything needs to come together like a great big jigsaw puzzle.

"Engineers are continuously improving the set-up and what have you. So I think life and F1 is about learning and utilising the things you learn and we are doing that to great lengths at the moment, and I think we are getting closer to the midfield which is what we're obviously aiming for."

He added: "Naturally, our car has always suited the high downforce shorter tracks such as Budapest because we've naturally had a lot of drag on the car, which makes us very slow on the straight even though we've got a monster of a Mercedes engine in the back of us.

"But generally, we've always been very, very strong over a single lap."

Ocon took longer than expected to get back up to speed