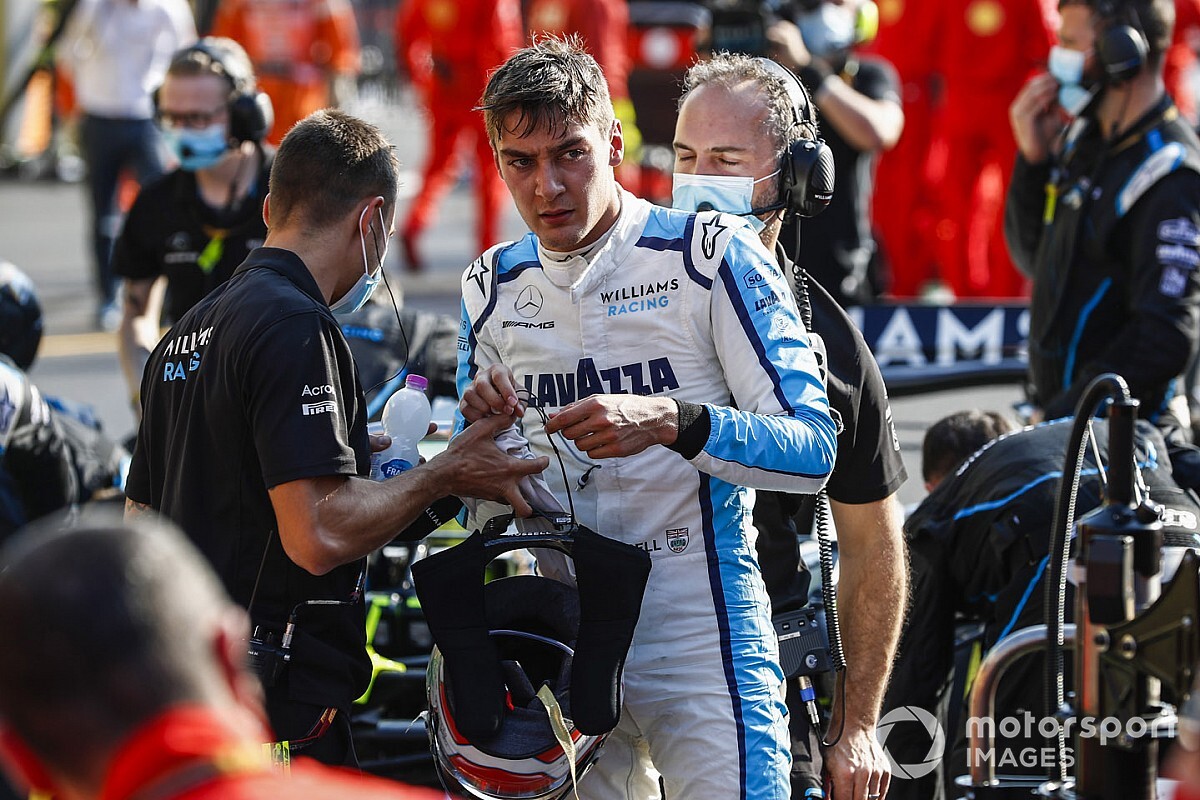 Williams driver George Russell has backed calls for changes to be made to Formula 1's red flag rules, after his rivals gained an advantage thanks to race stoppages at the Tuscan Grand Prix.

Just a week after calls were made to tweak some area of the regulations, especially the freedom drivers have to change tyres when races are stopped, Russell says he lost out on points at Mugello because the regulations worked against him.

In particular, he felt Ferrari's Charles Leclerc was able to benefit because he was out of sync on his strategy at the second red flag, and then lucked into a second free pitstop.

"I do agree the biggest thing is the tyre change in the pitstop," explained Russell. "These guys are getting free tyre changes.

"We were on a good strategy, the tyres were great for us and then suddenly people can box and put on whatever tyres they want. They ultimately get a free pitstop.

"I was ahead of Charles. He didn't box, he lucked into the red flag, and then he's ahead of me and can just put a new set of tyres on. So I lost a position to Charles under the red flag."

While the free tyre change element of the red flag rule has been in place for years, the benefits it can offer have only been highlighted in the last two races because there have been three red flags.

Russell felt that, if the FIA was going to use the red flag more frequently, then perhaps it would be right to adapt the regulations.

"If you're going to continue to do this more often, they need work on a couple of rules," he explained.

"You shouldn't be allowed to have a free tyre change as part of the race. You're in the race. You need to stay on the tyres you are on at that time.

"People plan their strategy around a normal race not around races that are getting two red flags in."

The issue of free tyre changes was first highlighted at the Italian Grand Prix when Lance Stroll gained massively from a free tyre change during the Monza race, which left him in second place and on new rubber for the restart.

Was Bottas doomed to lose at Mugello?