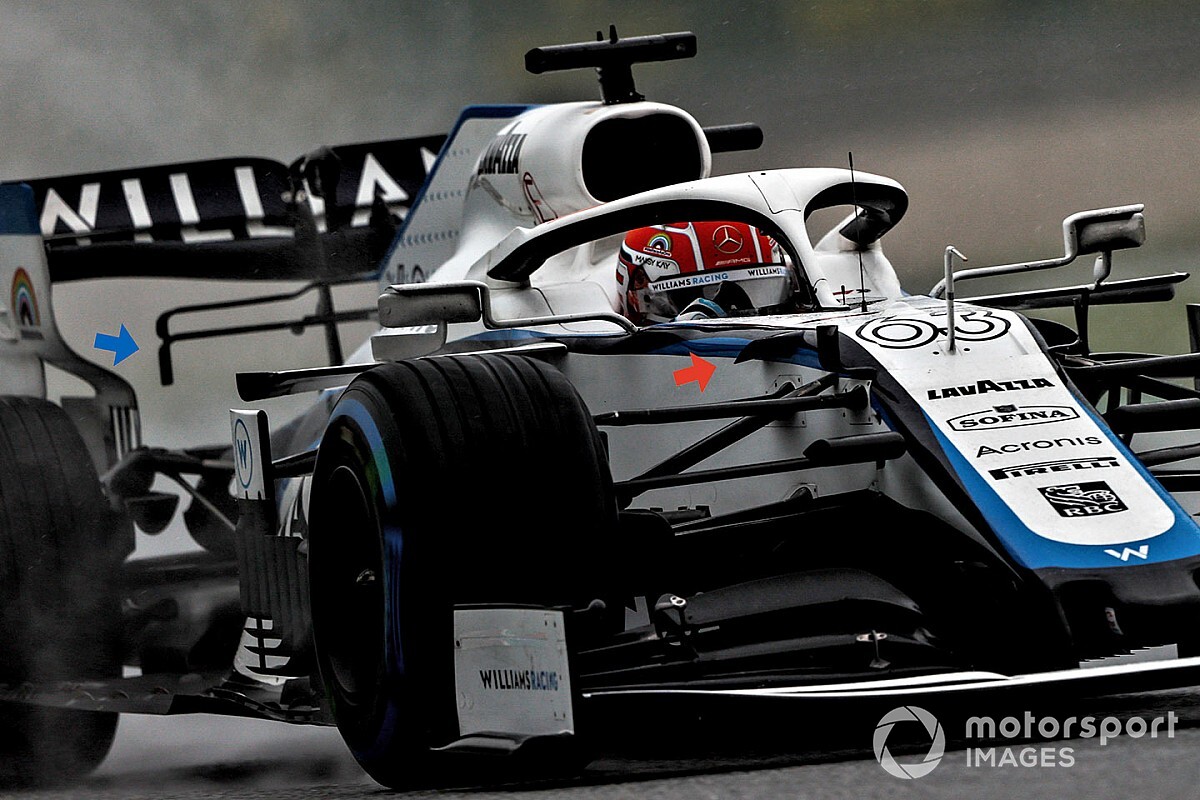 Claire Williams says that George Russell’s performance in qualifying for the Styrian Grand Prix represented “vindication” and showed that the Williams Formula 1 team has made progress after two “very painful” seasons.

Russell qualified 12th in the wet session, and moved up a further place after Charles Leclerc was penalised.

Unfortunately his race was compromised by an early trip across a gravel trap, and in an event of low attrition he had to settle for 16th, a place ahead of rookie teammate Nicholas Latifi.

At the previous weekend’s Austrian GP Russell outpaced both Alfa Romeo drivers in a dry qualifying session, only to retire with an engine failure in the race when he had a shot at making the points.

Despite the results not living up to expectations Williams insists that the first two races demonstrated that the Grove outfit has taken a step.

“We had a great time overall in Austria and I think the team should be very proud of what we achieved,” she said.

“George’s qualifying was a real shot in the arm for everybody at Williams. The operations trackside have done pretty well, very few mistakes have been made, and that’s an impressive achievement considering that nobody’s been trackside for many months.

“Obviously we leave without the result that we all would have liked. Unfortunately the race pace of the Haas and the Alfa was a lot quicker than we modelled on Friday during the long runs, so that was disappointing for us."

Williams said that Russell’s stunning qualifying performance would show “doubters” that the team is improving.

“Two years, I suppose in real terms, isn't a whole lot of time,” she said. “But in F1, it's a hugely long time. And when we've got 22 races that we're going to and you end up dropping out of Q1 and never scoring points, it's been a really painful two years. The last time we were in Q2 was Brazil 2018.

“So [qualifying] feels like vindication for us. We told everybody, we promised that we were working in the background doing everything we needed to to turn this team around.

“We've also had some doubters, and I hope that what we've done is demonstrate that we deliver on our promises.

"We know we still have a lot of work to do, but it does feel good that we are putting in the performance, to show that we're moving our car and our team back up to where we want to see it.”

“I think everybody's efforts at Williams, whether that be trackside or at the factory, have really come together over the past weeks and months, and certainly over the past 12 months.

“Even just the work that's been going on behind the scenes between these two Austrian races has been really quite impressive. We've managed to resolve a lot of the issues that we found in Austria one, that now are on the car and bringing more performance.”

Regarding the ongoing quest for points, she said: “I think let's just take each race as it comes, and I know they're coming. I know those points are on their way to us, and it will be an incredibly happy day when they arrive.”

Williams praised Russell for the job he is doing on and off the track, noting that he is a stronger leader than he was in his first season.

“George has definitely matured a lot. That's not to say that he wasn't mature last year, because for a rookie last year he was incredibly impressive as well.

“But he's really taking a step forward over the winter, and gone into this year definitely in more of a leadership role.

“Everybody knows what a great talent George is. And I'm so happy that he's in a Williams. And he deserves this, because he went through the pain with us all last year. And he kept his head down.

“And he just kept smiling throughout and being eminently positive and playing an inspirational role in our team, and he now deserves to be going racing and to have a decent race car to do that in.”

She also acknowledged Latifi’s contribution: “Nicholas’s performance, he’s a rookie, and in both races he’s delivered higher than expectations really, certainly in his first race he did an extraordinary job.”