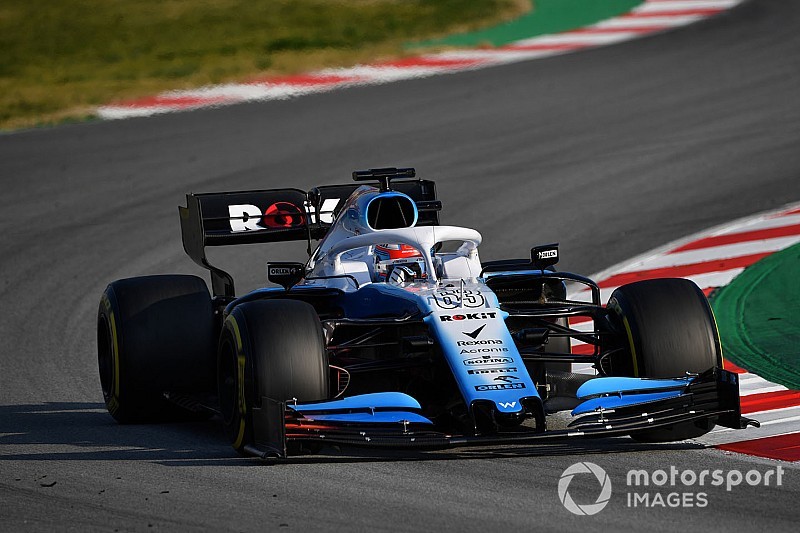 George Russell says that part of his job now is to help to motivate his Williams team after its difficult start to the Formula 1 season.

Williams missed priceless track mileage on Monday and Tuesday in Barcelona last week after some late delays to the car build.

Russell finally took to the track with the FW42 late on Wednesday, before completing more laps the following afternoon.

The F2 champion believes that Williams can bounce back, despite missing so much running.

"I think even myself, until you're involved in an F1 team you don't understand how much work goes on just to get an F1 car on the track," he said.

"I went around the factory and saw everybody in January, and I was amazed.

"I've been in an F1 team for two years now and I was amazed at how much effort goes in just to make the simplest of parts.

"We've seen it before, Force India missed the whole of 2015 testing and they still finished fifth in the championship. And you don't get points for testing. Who knows what will happen.

"I think our job right here and now is to try and motivate everybody. Obviously the whole team is a bit frustrated and disappointed with how things turned out this week.

"But we still need to stay positive, and as I just mentioned before we've seen it in previous years where teams haven't even arrived at the first test and gone on to have a great year.

"It's not the end of the world. We score the points in the racing not in the testing, so we have to keep our heads held high, and make the most of the situation."

Russell admitted that he was disappointed at the start of the week, when he was in Barcelona but without a car to drive.

"It's been quite annoying watching everybody on track. Obviously as a driver you just want to get out there. It's passed quite quickly, and because I've understood how much work has gone on from all the people building this car it hasn't made me frustrated, because I understand that we haven't got in this situation on purpose.

"Everybody is upset about it, and they're working their socks off to make it right. That was refreshing for me, and made me quite proud of the guys, of how much they're working."

Although Russell has completed few laps thus far he says the knowledge he gained from testing for Mercedes last year will help.

"It definitely gives me a good understanding of what we need to be working towards. Obviously no matter what industry you're in you want to be the best or beat the best, and having that experience last year makes me understand what that is, really. I'm in quite a privileged position to have driven that car."

Russell's teammate Robert Kubica said that the team has to stick together – but the Pole suggested that there's a limit to what he can do to move things forward.

"You are expecting too much from a driver, I think," he said. "Everybody has their own role, and own job to do, so I have to focus on my job and leave the people who are responsible and who are working for the team to do their job.

"This is correct, it's the same everywhere. We have to stick together, we have to work, and everybody has to put maximum effort to make the things work properly."