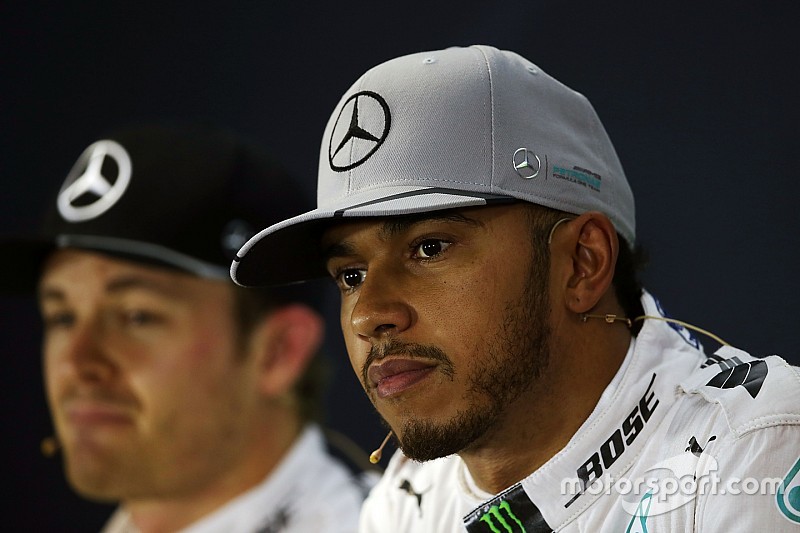 Lewis Hamilton claims Nico Rosberg's decision to retire from Formula 1 after winning the championship did not come as a surprise to him.

Rosberg announced just five days after clinching his first F1 title that he would not be racing in 2017, having decided to focus on his family instead.

Hamilton and Rosberg have been competing against each other since they were kids and raced in go-karting.

The Briton says that, with Rosberg having beaten him for the first time in 18 years, he was not surprised by the decision.

"The sport will miss him but I wish him all the best. I am sure it is a surprise to many people. I am probably the only person who thought it was not a surprise because I've known him a long time, but this is motor racing," Hamilton said.

"This is the first time he has won in 18 years, hence why it was not a surprise that he decided to stop.

"He's got a family to focus on, and wants more children, and F1 takes so much time. Will I miss the rivalry? Of course.

"We had always talked about being champions and when I joined this team and Nico was there, which is also something we talked about when we were kids.

"It is definitely something very strange and it'll be sad to not have him in the team next year."

Hamilton admitted, however, that he would have preferred to have the chance to fight back and beat Rosberg next season, although he said he was not too bothered by the decision.

"I wouldn't say I was annoyed. Of course it is a shame that he won't allow me to take it back or fight to take it back, but that is his choice and I respect his decision – go out on top while you can," he said.

"I have a different viewpoint, I won the championship the past two years and gave us an opportunity to have another shot, that is how I am.

"I consistently believe in my ability and do what I can. If I win again, I want another opportunity. I love racing and being challenged by different competitors.

"Again, we have been racing for 18 years so it is not the worst scenario for me."

While the Briton said he still loves racing, he suggested that his retirement may not be too far away either.

"I still love racing. I won the last four races, so it's still a positive year," Hamilton added.

"I owe so much to Mercedes, who got me to Formula 1, and have enabled me to achieve what I have achieved. I'm very proud to have been a part of the brand and the team – and I'm looking forward to continue, but who knows, maybe mine is coming soon."

Hamilton: "All I ask for is equal status with new teammate"