Daniel Ricciardo says his “Seb spin” during the 70th Anniversary Grand Prix was “salt in the wound” after slipping from fifth on the grid to finish outside of the points. 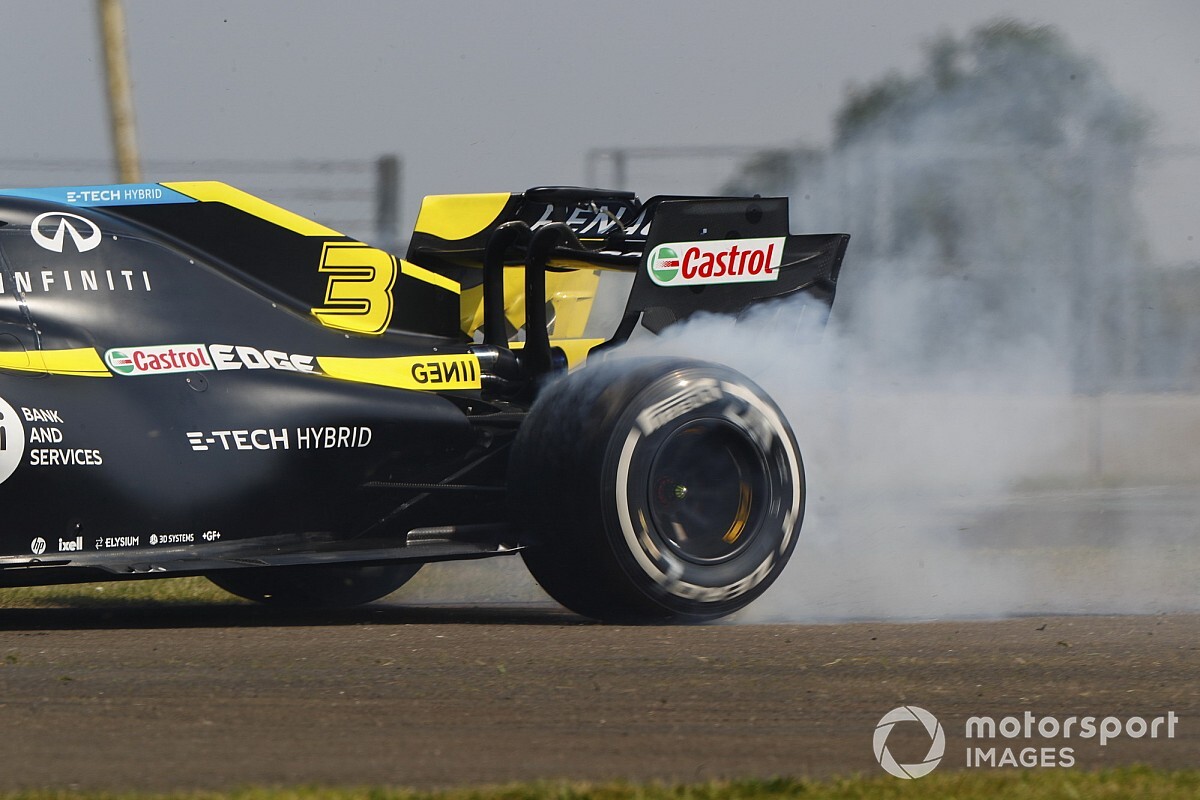 Ricciardo impressed for Renault through practice and qualifying at Silverstone, but a decision to take a set of medium compound tyres for his second stint of the race caused him to lose pace and fall down the order.

Ricciardo found himself outside of the points trailing a group of cars including Carlos Sainz, Sebastian Vettel and Alexander Albon when he spun at Village.

It cost Ricciardo more time before a third pit stop dropped him further back, with the Australian ultimately crossing the line in a lowly 14th place.

Speaking after the race, Ricciardo compared his spin to those seen from former Red Bull teammate Sebastian Vettel, losing control of his car when getting back on the throttle.

"I actually caught Seb in the media pen, and I feel like this is, unfortunately for him the last few years, it is a bit of a Seb spin," Ricciardo said.

"I could see Carlos, and you try to obviously squeeze a little bit but not have contact and then as soon as I opened the wheel and got on the throttle, it just went around.

"I think when you are in such close vicinity to another car on that side angle, you lose a chunk of downforce that is normally coming in front that side, I guess keeping the car down, so I had a very quick loss of downforce and it can catch you out.

"It was a little bit of salt in the wounds. I think by that point in the race, we were already on the back foot.

"I don't want to say it was over, but then with that, I just wanted to roll over a little bit and put my head down. Not a fun afternoon in the end."

The result marked a come down for Ricciardo after he matched his best performance for Renault by finishing fourth in the British Grand Prix one week earlier at Silverstone.

Despite the struggles in the 70th Anniversary Grand Prix, Ricciardo felt there were plenty of positives to take from the two-week stint at Silverstone.

"I am trying to take these two weeks as a really positive few weeks," Ricciardo said.

"It is hard now as the race is still so fresh, and we obviously had pretty nice hopes for this afternoon. We have got to swallow this one, but I think generally we had a really strong two weeks here.

"Today, don't want to throw it on to the tyres, but I think certainly we did struggle with that. I think we suffered with Friday, we were the only team to run the hard and that seemed to potentially hurt us a bit today.

"There are a few things we can improve on, but as a package, I am pretty confident the car is in a good place.