Renault Formula 1 driver Daniel Ricciardo admits that heads had dropped at the Enstone team in recent weeks, and hopes the Japanese Grand Prix result can kickstart a run of “positivity.”

Though Ricciardo and teammate Nico Hulkenberg have regularly qualified well in the events after the summer break, they experienced a mixed stretch of races, often spoiled by first-lap incidents. The team had earned just a ninth and a 10th place from Singapore and Russia.

In Japan Ricciardo was left stranded in 16th on the grid after suffering in qualifying with a rear suspension issue, which necessitated the replacement of a hydraulic line for the race. He subsequently put in a strong drive to an eventual sixth place.

“Certainly [after qualifying] I was thinking, ‘Same kind of crap,'. And that we can’t really get a break with issues and whatever. But I feel like we finally got a result we deserve," Ricciardo said.

“We’ve got back-to-backs coming up now, some fun ones. So hopefully we can get a string of points finishes and try to just get something for the team.

“We get [up] there, and then we drop, kind of the heads drop a bit, and we’re trying to get back up. So just for everyone’s sake we need to try to keep some positivity before the year is out.” 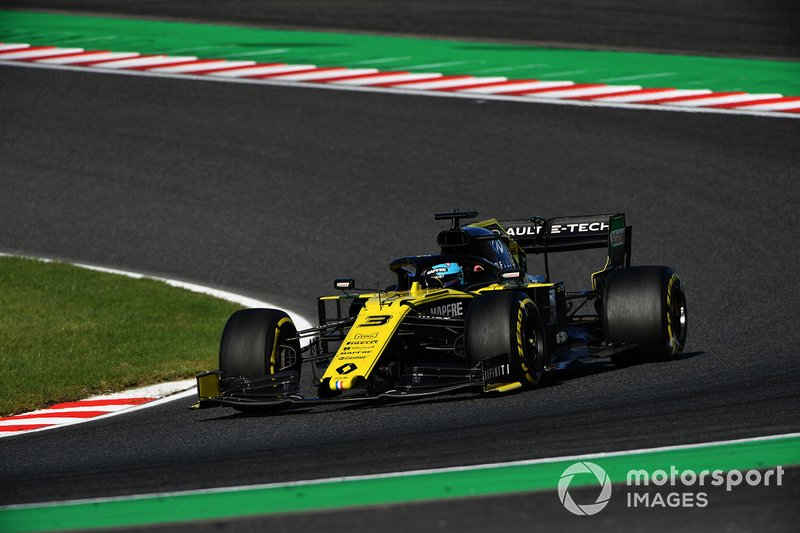 With around 10 laps to go in Japan, Ricciardo caught up to Hulkenberg, who was running on a different strategy.

At that point he asked the team for the German to let him by – something Ricciardo says he is usually reluctant to do.

“I saw that we were all in a DRS train. I think he’d been in [Lance] Stroll’s DRS for quite a few laps, so I came on the radio. I don’t normally like to call for things, but I just said, ‘Guys if he can’t pass, release me.’ I said I’m sure I can get them.

“I think after two laps they released me, and then I reassured them, ‘Guys I’m going to get them, trust me we’ve made the right decision.’ And obviously we did. I thanked them after, and I think clearly in the end it was the right call.

“I don’t always ask, because I think a lot of the time people ask looking for a favour. But I really believed I obviously had the pace and the tyre to do it, so that’s why I had a lot of confidence that once being released I could get the guys in front.”

Why Ferrari is spurning the "easiest" Vettel/Leclerc solution