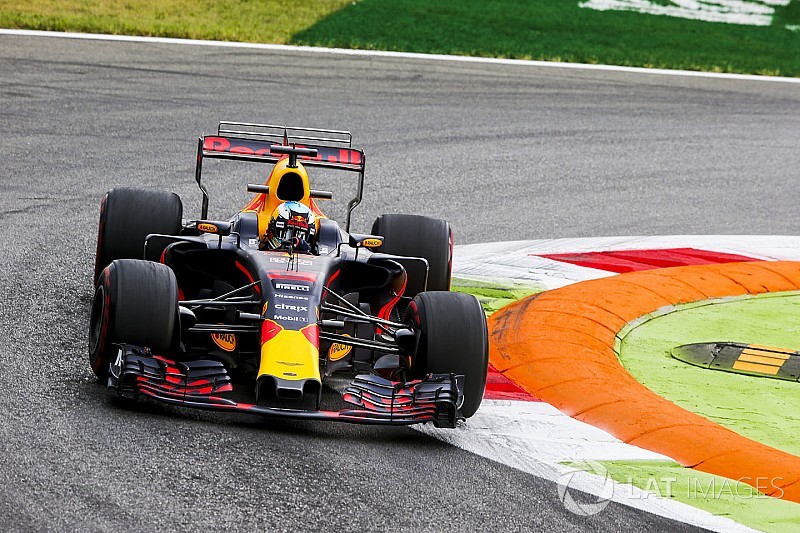 Daniel Ricciardo’s grid penalty for the Italian Grand Prix has risen to 25 places after his Red Bull Formula 1 team chose to change his gearbox.

The Australian was already set to drop 20 places after he took his fifth internal combustion engine, fifth turbocharger and sixth MGU-H.

Ricciardo had hinted previously that Red Bull would take penalties strategically in Italy in order to minimise mileage on the engine for Singapore, where it expects to run well.

The only exceptions to these rules, which yield a five-place grid penalty if breached, are for non-starters and non-finishers (for technical reasons) of the previous race, neither of which applies to Ricciardo.

Given Ricciardo already had a sizeable penalty for engine changes, the impact of a further drop for a gearbox change is minimal.

It is his third gearbox change of the season, after Red Bull was forced to change the unit ahead of the opening race of the season in Australia and ahead of July’s British Grand Prix.

Ricciardo admitted he was keen hit the track early in first practice to ensure he was the best-placed of the drivers who had engine component change penalties.

The stewards said the order in which Ricciardo, Max Verstappen, Carlos Sainz Jr and Fernando Alonso had incurred for engine changes would be applied to the starting grid based on which cars left the pits first in FP1.

Ricciardo was the first of the four to do so. When asked about it, he said: “It was just to get on track first, it was a little bit of cuteness, let's say, for other reasons - I think reasons probably well known.

“If someone had the equivalent penalty to me, they would start behind me so we're just being one step ahead of the game.”

Alonso says he has options to be winning in 2018