Subscribe
Previous / Ferrari: Power gap to Mercedes "not so dramatic" anymore Next / The secrets of preparing for a new F1 circuit
Formula 1 News

Daniel Ricciardo believes he can still perform better with his McLaren Formula 1 car despite recording one of his best weekends with the team in Austin.

After a difficult first year with McLaren, in which Ricciardo has had to work hard to adapt his driving style from last year's Renault to the McLaren, the Australian has been slowly but surely finding speed and comfort with the MCL35M.

His shock win in September's Italian Grand Prix aside, the US Grand Prix proved to be one of Ricciardo's strongest showings, qualifying sixth and finishing fifth, beating teammate Lando Norris in the process.

In the race, Ricciardo gained a position by passing Ferrari's Carlos Sainz and he then managed to keep the quicker Mercedes of Valtteri Bottas at bay.

Afterwards, he vowed that he can still improve as he is still making minor mistakes.

"Yes, it definitely was a better weekend, it was a smoother weekend but there are still definitely moments in the weekend where I am still, 'I know I can do better, I still make a few mistakes'," Ricciardo told Sky.

"I am not always getting on top of the car, but it is coming and it is still going to take a bit of time." 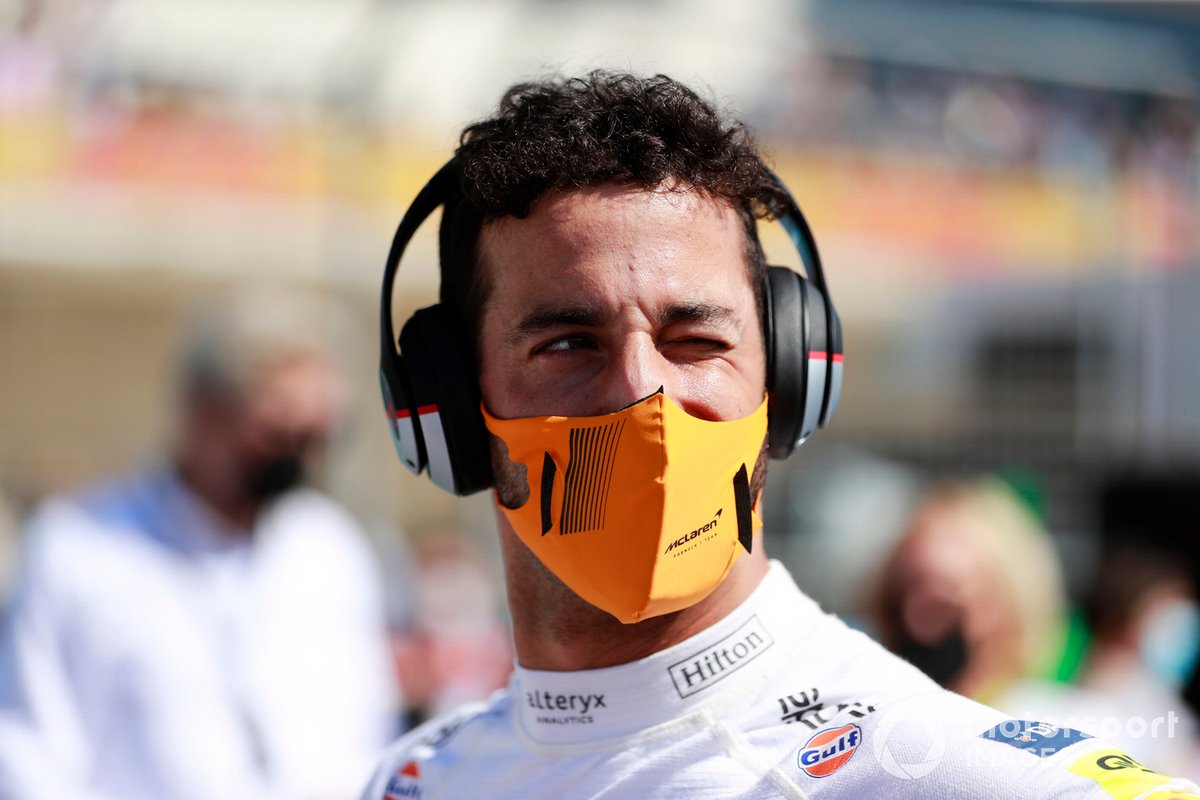 Daniel Ricciardo, McLaren, on the grid

McLaren team principal Andreas Seidl argued Ricciardo's performance was up there with his Monza win, and said he was encouraged by the obvious progress.

"It was definitely a very strong weekend from Daniel, and I think it is fair to say together with Monza probably his strongest weekend with us," said Seidl.

"Maybe it's even fair to say it was his best weekend with us so far on a track that has a lot of different corner types as well, so I'm very happy with what he could pull off this weekend.

"It was also a great performance on his side to keep Carlos behind the entire race, being under massive pressure, so I'm happy with that."

When asked in which areas Ricciardo could still improve, Seidl said he still needs more time in the car to get more comfortable and pair his driving style with what the car needs to go fast.

"He's saying himself; I don't think he's fully comfortable yet with our car in any condition or track layout or situation ," Seidl explained.

"At the same time, it was a great weekend from his side here in Austin and a very strong drive today in the race, which shows why we wanted to get him on board."

The secrets of preparing for a new F1 circuit