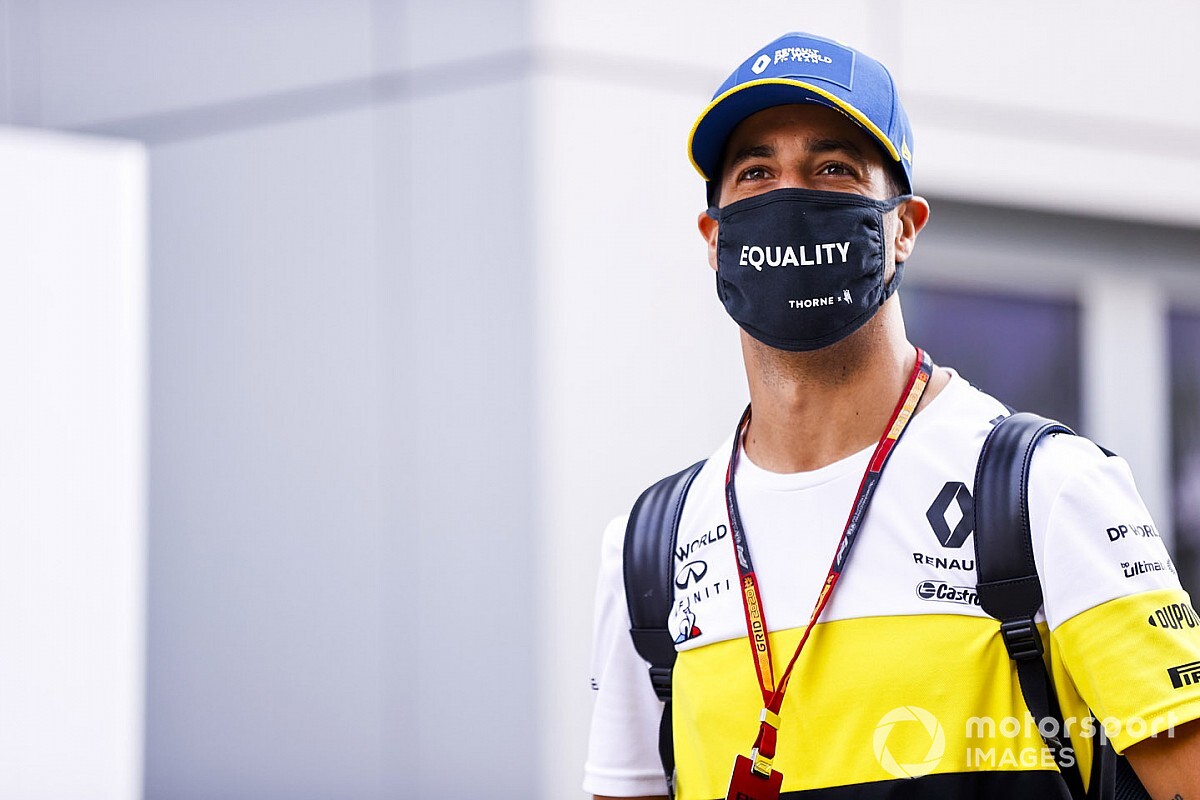 Renault Formula 1 driver Daniel Ricciardo says staying silent over his anti-racism stance would be much worse than potentially facing any criticism for his actions from social media trolls.

The Australian is fully behind the anti-racism push in F1, and at the Russian Grand Prix wore an ‘Equality’ mask to show his desire to publicise the message.

But while being so openly behind the campaign has left Ricciardo in the firing line from a minority who do not share his views, the Renault driver is clear that he cannot expect everyone to be behind him.

“With the social media stuff, I think in general I try not to read too much because you might get 95 percent of the positive stuff, but it all it takes is that five percent to kind of piss you off," he said.

“They'll always be there. You're never going to have a 100 percent majority you know. It just doesn't quite exist unfortunately.”

Ricciardo said his choice of the ‘Equality’ mask was inspired by Japanese tennis player Naomi Osaka, who has displayed different messages to promote the Black Lives Matter movement.

And he says he feels happy that the world can now openly discuss something that even he himself admitted he felt difficult to talk about a few months ago.

“I didn't have much comfort talking about it at the start of this year. So to start talking about things that you've never spoken about before, whether it's on racism, whether it's on mental health or any of these subjects, it is a little bit daunting. So you have to be prepared to probably open yourself up for a little bit of criticism, or maybe not 100% positive feedback.

“But again, I think if it's something that you feel strongly about and you believe in, I don't see why not.

“I think especially with the racism stuff. A big problem is the silence, and it's the people that you know are too comfortable in their shell in not speaking up. I think that's the thing: just encouraging you, if you do have a voice and a positive one, then let it be heard.”

Vettel open to idea of spec-car race for F1 drivers