Ferrari Formula 1 driver Charles Leclerc says a revised approach to handling the Spanish Grand Prix weekend appears to be helping him avoid the struggles he faced in Portugal.

The Ferrari driver emerged from the second free practice session at Barcelona as the closest challenger to Mercedes after a strong day’s running in which he lapped just 0.165s off Lewis Hamilton's FP2 pace.

The Monegasque was outqualified by new team-mate Carlos Sainz Jr last time out in Portugal, but fought back in the race to finish sixth as Sainz slipped out of the points due to heavy graining on the medium tyre.

Leclerc explained that a more structured way of building up to the pace, rather than going flat out from the off, was paying off.

“I changed a little bit my approach to Portimao,” he said.

“I’m taking it a lot more step by step, and I’m driving a lot better. I’m just in a better place with the car.

“So hopefully we can keep on building on that strong first day, as it will be important with qualifying, especially on this track.

“I think we know where to improve. Now let’s see if we do a good job by just getting better where we are struggling at.”

Leclerc felt that an attack mindset in Portugal in finding the limits in each session left him exposed to not understanding the strengths and weaknesses of his Ferrari package when it mattered for qualifying. 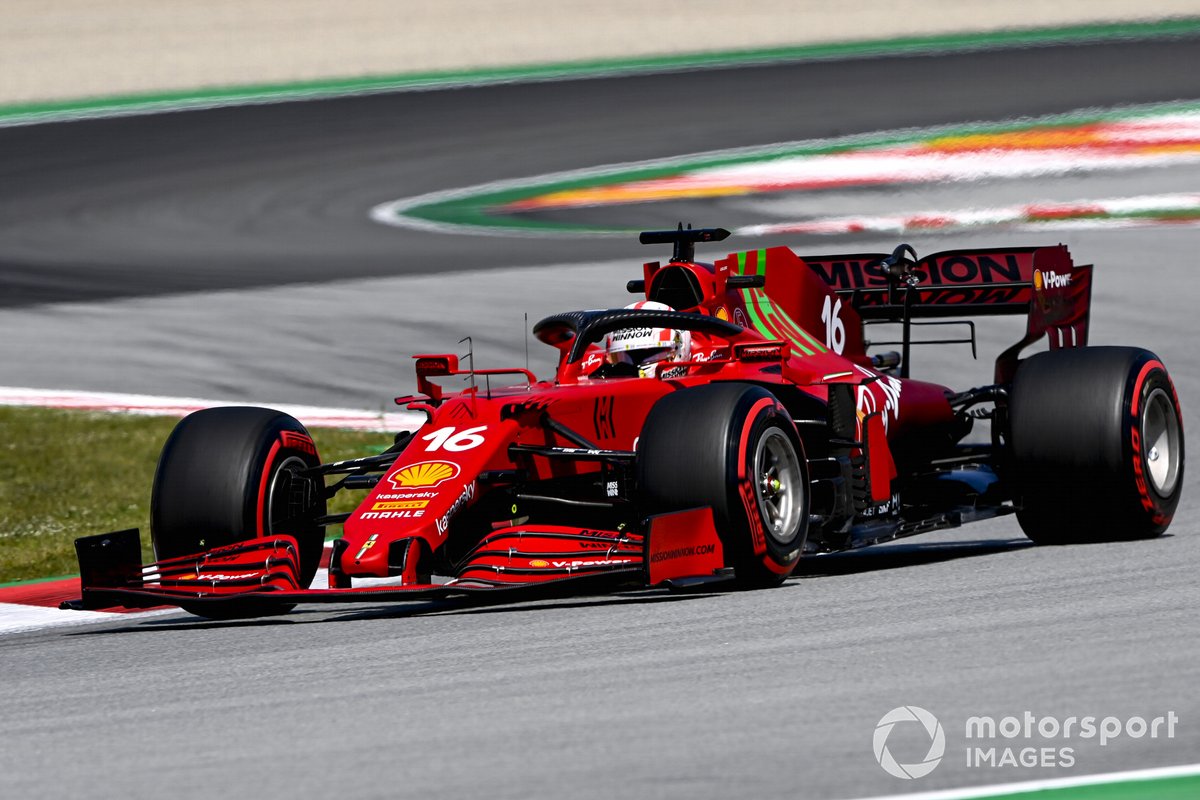 “After every weekend, I try to analyse what I can do better, and obviously once you are doing a very bad weekend as I did in Portimao apart from the race, you realise even more what you are doing wrong,” he explained.

“I knew what to do, but it’s always the easy part. You know where you have to improve, but then it’s quite difficult to do it on-track, and here I managed to do it quite well, so I’m happy.”

The demands of the Barcelona circuit, with a long straight, high speed sections and a complex final sector, has been viewed by many as a litmus test of the overall performance of the 2021 cars.

Leclerc said the fact that Ferrari has looked so strong so far was hugely encouraging and proved the progress that his team had made over the winter after languishing to sixth in the constructors' championship in 2020.

“Last year I think we were struggling quite a lot, and this year the car just feels in a much better place,” he said. “This is great.

“I think it’s especially good for the whole team back at the factory that keeps working, when they finally see the numbers and see how much better we are compared to last year.

“It motivates everyone, so it feels good in the car, and hopefully Saturday will be a good day.”