The Spanish Grand Prix was turned on its head within seconds of the start when race favourites Nico Rosberg and Lewis Hamilton crashed out as they fought for the lead.

It quickly emerged that the catalyst for the situation – and in particular the huge closing speed differential between the two Mercedes car – was caused by Rosberg being in the wrong engine mode.

And although Rosberg said on Sunday night that he and the team were still investigating as to why he was in the wrong mode, it appears that he simply failed to select the correct setting while on the grid. 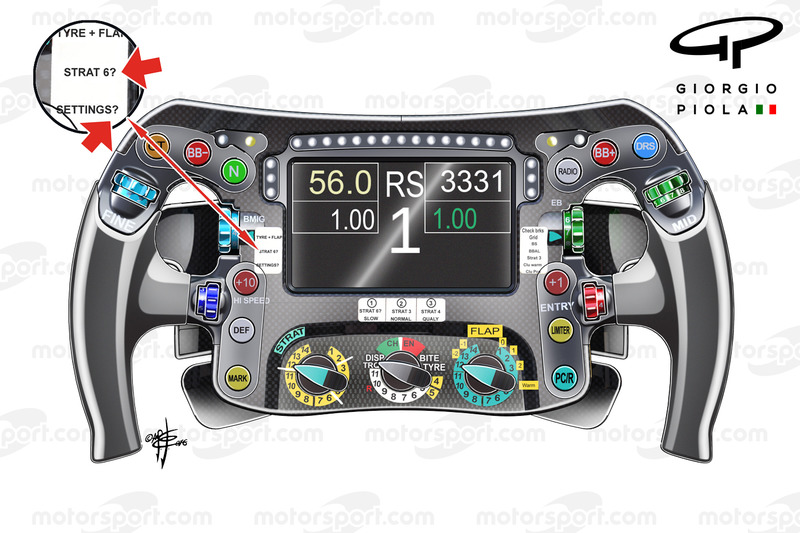 Only last week we took an in-depth look at the functionality of the Mercedes steering wheel and in particular Nico Rosberg's wheel.

We noted at the time that his is smattered with instructions to help him with the procedures he needs to undertake at key points during the race – and it is these instructions that have revealed exactly what went wrong.

One such instruction on the label to the right of the steering wheel deals exclusively with the start procedure, offering a step-by-step guide to the procedures that must be completed on the formation lap and as he pulls up to his grid position.

The instructions (main image above) clearly show that the second to last step is to select 'STRAT 3': an all encompassing power unit mode that deals with how much fuel the engine uses, how much electrical energy is being deployed and how much harvesting is being undertaken by the MGU-K, depending on the prevailing throttle position.

All of these can be over ridden and fine tuned with the various buttons and rotaries around the wheel but this is usually undertaken during the race to manage performance. 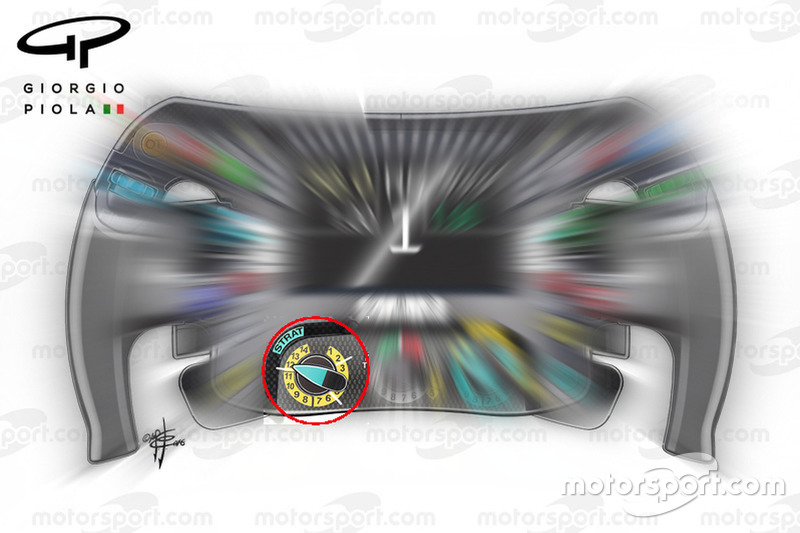 In Rosberg's case it appears that this step was overlooked as he did not make the switch to 'STRAT 3', and instead stayed in 'STRAT 12' mode as he lined up on the grid.

This mode meant he was in a fuel and energy conservation mode, used on the way to the grid to save fuel and allow maximum deployment for the race start when the correct STRAT mode is selected.

Rosberg's use of STRAT 12 at the start was not actually devastating away from the line. He was able to power away well and actually slipstream past Hamilton because he was able to make use of energy that had already been stored.

But due to the way that the ERS uses energy from the batteries (ES) and directly from the MGU-H, it can be assumed that STRAT 12 acts in a way that it does not deploy both at their full rate for a sustained period of time.

Rather it will deplete the battery for so long before 'derating' - which means it is harvesting energy rather than deploying it. This meant when he was going through Turn 3, Rosberg may have been without the MGU-K's supplemental 160bhp.

You'll note from the onboard footage from Hamilton's car that as Rosberg rounded Turn 3 and began to slow his rain light began flashing. This is a warning signal to the following driver that the driver ahead is in a energy conservation mode, known in F1 circles as derating.

Hamilton was instantly aware of the error that Rosberg had made and looked to capitalise.

In front, Rosberg also realised the mistake he had made. His camera shows that he rectified the STRAT mode rotary, turning the position from STRAT 12 on the left to STRAT 3 on the right.

He then quickly made a brake balance change for Turn 4, before depressing the yellow OT (Overtake) button at the top left – which would have delivered an instant speed boost by offering maximum energy deployment.

But by then damage had already been done, as Hamilton – who was in the correct STRAT 3 mode – was closing in rapidly. Within the blink of an eye events spiralled out of control, as Mecedes was left shellshocked by its first non-finish since 2011.