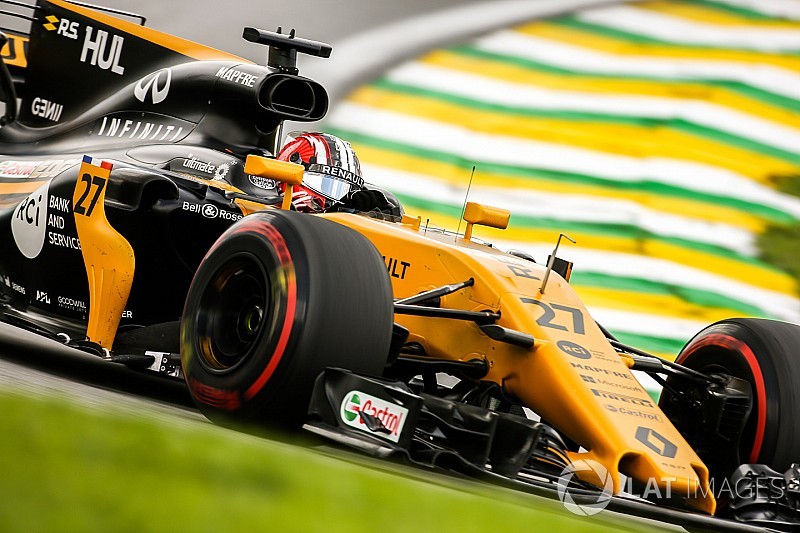 The Renault Formula 1 team has quantified how much laptime it gained from developing an all-new engine for the 2017 season.

The French manufacturer substantially overhauled its F1 engine for '17, having decided the previous specification had run out of development potential.

The new power unit proved unreliable and could not make use of a new and lighter MGU-K design, but it produced enough performance through the season to allow customer team Red Bull to win the Malaysian and Mexican Grands Prix on merit.

Renault F1 team boss Cyril Abiteboul said the new engine had exceeded Renault's stated target of being 0.3 seconds quicker than the 2016 unit and adding the same amount of performance through the 2017 season.

"That was a goal we set for ourselves, but actually in the course of the season we unlocked different ways to manage the engine and to extract [extra] performance," Abiteboul told Motorsport.com.

"The engine itself, between the end of last season to the end of this season, has improved more or less close to one second - when we use it to the full potential, which is not something we would do permanently - which is simply huge.

"It was not without some impact on reliability, which clearly has been the big negative of the season, but clearly what we've done on the engine from a performance perspective is something that we never would have dreamt of, frankly.

"It's more than what we thought we'd be able to achieve."

Although the Renault works team fell short of its "aggressive" target of finishing fifth in the constructors' championship, Abiteboul said the team could feel "very proud" of developing a car that was fourth quickest at the season finale in Abu Dhabi.

"On the chassis side, I think it's also very clear we had a very decent chassis from Silverstone onwards, which is a credit to the team that is really taking good shape now," Abiteboul added.

"If you look at the pace of the car, since Silverstone we had a car that was more or less fourth in terms of potential performance, which was not something we could always see because of the [reliability] issues.

"Clearly, having the fourth quickest car on the grid is something we can be very proud of - if we look at where we were last year and also the way we started this season.

"The team is continuing to grow, in terms of quantity but also in terms of quality - with people that made the headlines but also lower-profile people, which are impacting positively our structure.

Five F1 tech talking points of 2017: Did we learn to love shark fins and T-wings?

How Hamilton won what he'd waited years for