Renault "sorry, but not sorry" about Red Bull divorce 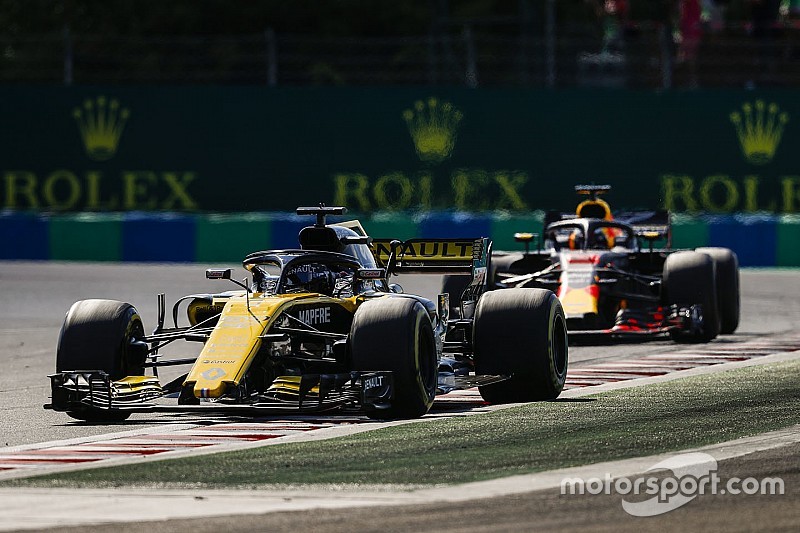 Renault says it is ‘sorry, but not sorry’ to have ended its relationship with Red Bull after some roller-coaster years with the energy drinks-backed team.

Although the Red Bull-Renault partnership produced four consecutive Formula 1 title doubles between 2010 and 2013, more recently there was high tension amid criticism from the Milton Keynes-based team about power unit performance and reliability.

Red Bull has elected to switch to Honda engines for 2019, leaving Renault supplying just itself and McLaren next year, but the French car manufacturer is far from unhappy.

Renault F1 managing director Cyril Abiteboul says that the public criticism from Red Bull is something that will not be missed.

“One of the reasons why we are sorry but not sorry to stop the relationship with Red Bull is simply because Red Bull was controlling our communication and we had to react,” Abiteboul told Motorsport.com.

“It was not on a level of playing field, because Red Bull is so much more powerful than us from a communication standpoint.

"We were constantly on the back foot and, on many occasions, it was a communication that was suiting their purpose. And we are in a world where unfortunately the noise and communication is becoming a reality.

“Let’s be clear: our engine situation is still not where it needs to be but it is not as bad as maybe it looks from afar, and I can tell you it will be much better next year.”

While Renault benefited from having the benchmark of Red Bull’s performance to gauge the progress of its own car, Abiteboul thinks that losing that target is not such a problem any more.

“There were some upsides with that relationship with Red Bull,” he said. “And frankly if the story was to be written again, I would not change a word.

“I think it was great to have Red Bull in the last three years, which were really the years of start up of our own works team, because that team was capable of showing what the engine was capable of doing, for both the good and the bad.

“That is really clearly something that has avoided us a McLaren situation, where McLaren has unfortunately been under an illusion, and when the illusion stopped it hurts. We are under no illusion. We are not dreaming.

“We know exactly where we are with chassis and engine. But I think we are now mature enough in our understanding of our strengths and weaknesses to be able to lose Red Bull and focus, control our communication, control our image, control our spend, control our investment, and our development strategy.

“We are in control and being in control was one of the reasons we wanted to return as a works team.”