Renault Formula 1 boss Cyril Abiteboul says the team's push for Fernando Alonso to test in Abu Dhabi was "a human thing" as the Spaniard builds up to his return in 2021. 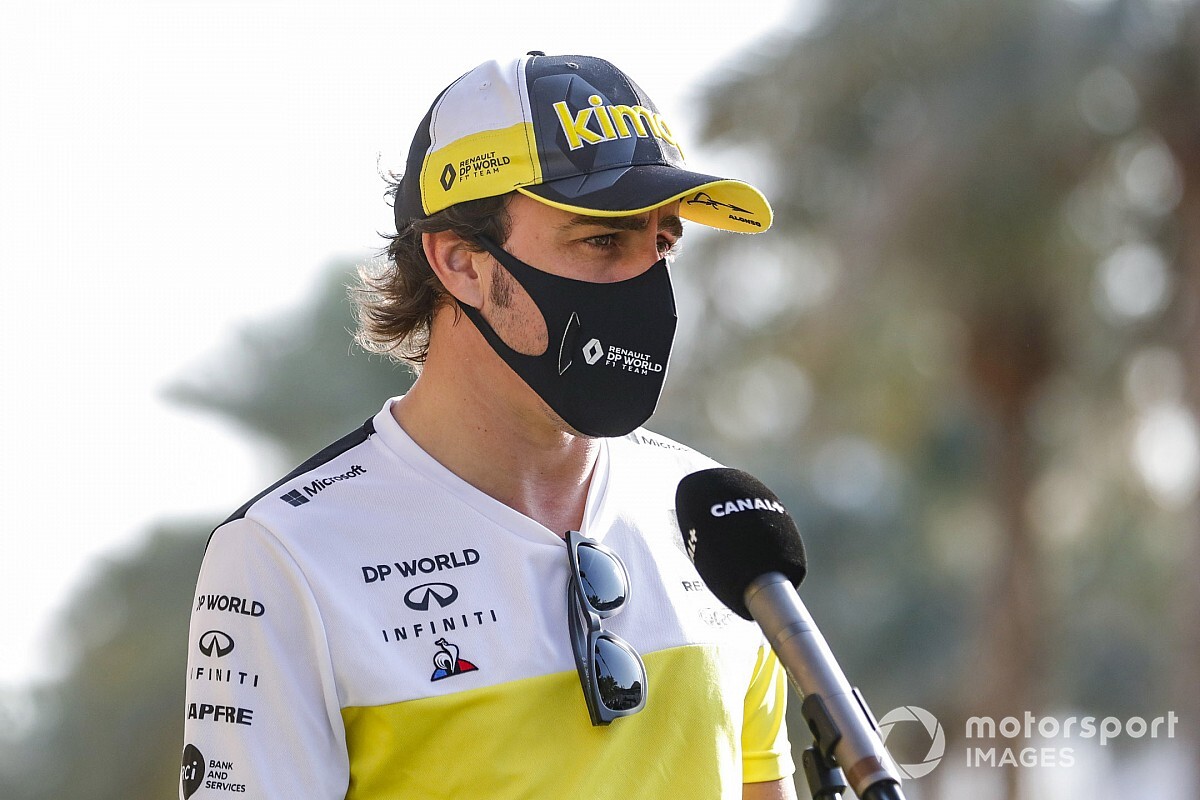 Abiteboul says Alonso has been determined to run as many miles as possible as he gets used to the team he last drove for in 2009.

He's already had a 100km filming day run in the current car in Barcelona, as well as four days in a 2018 model with demo tyres.

Next year all teams are restricted to just three days of testing with their 2021 cars, split between both drivers, making it tough for anyone joining a new team.

The FIA's decision to allow Alonso to run next week in what was originally supposed to be solely a young driver test upset some rivals.

"I appreciate that there's been lots of buzz around that," said Abiteboul. "You know, we started the year with some controversy, we finish the year with another type of controversy, but it's good, it keeps keeps the sport alive also.

"It's very much a human thing that we're doing for Fernando, where when Fernando decided to come back to F1, he has been very clear that he wanted to that to have as much mileage as possible under his belt before before next year.

"As you know, the regulations put a clear limit into that. So we've done quite a lot, four days, with the two-year-old car. And also, we thought it would be a nice thing to be able to do that with with a current car. And we asked, frankly and FIA has approved it, as simple as that."

Abiteboul says Alonso could only learn so much from his running with the 2018 model.

"It will be an opportunity for him to see the evolution in two years. Because a two-year-old car, with also a de-tuned engine, we've, with demo tyres that are not really representative, is good. But that would be much more representative of what to expect next year.

"The car will be changing actually more than people tend to report for next year, with a small change to the aerodynamics, which is something that we can't test next week. So that would be the same for everyone.

"For the rest it's about him getting into the team, understanding our process, our procedures, steering wheels, and also getting familiar with this engineers and I understand that the dynamic is already very, very good, very, very strong to have as much as possible a good start next year, bearing in mind that we have only three days of winter test in February, or March."

Abiteboul insisted that this is the right time for the team to take a driver of Alonso's stature, as it builds up to the new regulations in 2022.

"As far Renault is concerned, we feel extremely comfortable with our line-up next year given again, the situation of the team, what it needs to achieve, the mix of obviously, experience with Fernando, desire to come back, very fierce desire to be back into sport, and also his ability to plan ahead.

"Fernando knows that the only way to win is to plan in advance, and to build in advance. And 2021 being a particular year where we need to balance our effort between '21 and '22.

"We have together with Fernando clearly and eye on '22. And he understands that, and he will be completely part of that process and of that journey."