Why Red Bull had Mercedes beat on Brazil's straights 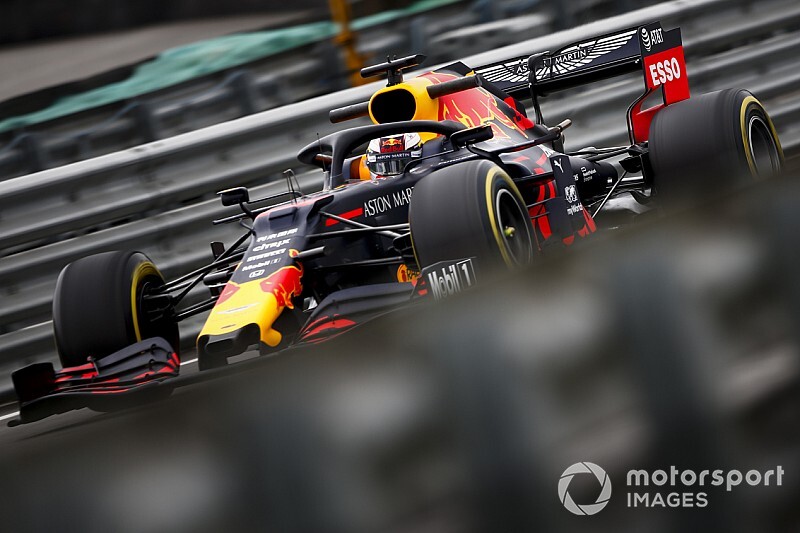 Red Bull boss Christian Horner thinks his team's straightline speed advantage at the Brazilian Grand Prix was just as much down to downforce levels as it was engine power.

Rival teams had singled out Red Bull engine supplier Honda's advantage at Interlagos last weekend, as Max Verstappen took pole position and then went on to win the race.

With the higher altitude affecting power units in different ways, many suspected the thinner air played in to Honda's hands against Mercedes and Ferrari. However, Horner thinks that there were setup differences between cars too.

"I think you have to look at downforce levels as well," he said. "I think Mercedes ran a higher level of downforce than us, which assisted them in the race, but maybe didn't help them in qualifying.

"You can see they were very competitive in the race and arguably at the end of the stints they were a little bit stronger than we were. So it's that compromise of how you generate your laptime."

Honda's F1 technical director Toyoharu Tanabe echoed Horner's comments that it was impossible to single out his company's power unit as the key factor in Red Bull being so strong at high altitude.

"High altitude affects not only PU but also aero," he said. "So, as a package we had a better, or a strong, package in Mexico and here. I don't have any clear answer for it."

Horner was clear, though, that he felt Honda was building good momentum in F1 after a hugely promising year for the Japanese car manufacturers.

"When I saw that the last five pole positions [in Brazil] have all been Mercedes, it was fantastic for Honda for the first time since 1991 to score a pole," he said.

"Then to get the victory as well, it shows their hard work is paying off and it really feels that we're building a good momentum."