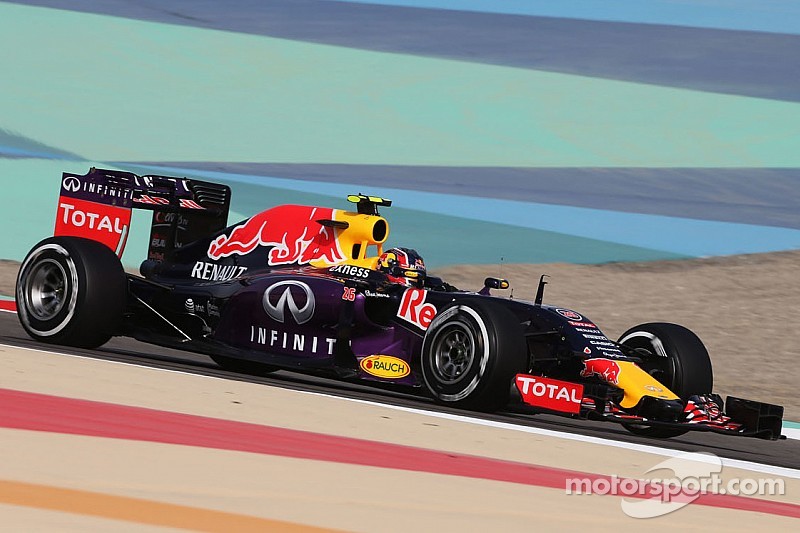 Red Bull team principal Christian Horner says he is open to the idea of two types of engines competing in Formula 1 from 2017.

Bernie Ecclestone wants to introduce a cheaper engine for the struggling midfield teams – potentially a V8 or twin-turbo V6, in either case with KERS – which will race alongside the current hybrid V6s.

Intriguingly, the idea could also open the door for Renault to make a version of such an engine.

Given the ongoing problems with the Renault hybrid V6, that could potentially give Red Bull an alternative future path, and a chance to level the playing field, depending on how the FIA manages parity between the two types of engines.

"It's an interesting concept," Horner told Motorsport.com. "We ought to have a good look at it and explore the pros and cons, to be honest with you.

"It's happened before, and you might get certain engines competitive at different tracks, and it might move things around a bit. It's certainly worth a good debate.

"It's certainly interesting. I would think Renault would certainly consider it – it's more of a question for Renault than it is for me.

"But I would have thought they would certainly consider it."

The biggest challenge is how the FIA would ensure that there's far competition between the two types.

"There are all kinds of permutations that clever engineers can come up with, but first of all let's have a look at the concept.

"These days simulation is very accurate, we can simulate what the outcome could be, and then decisions could be made on an informed basis rather than guessing."

Asked what the odds were on F1 ending up with two engine specs in the future, Horner said: "No idea. Ask me in a month..."

Williams says it can't be disappointed with third