Red Bull thinks Mercedes could enjoy a ‘quite powerful’ benefit from its clever rear suspension at some of the remaining Formula 1 races of the season.

Intrigue has surrounded the way that Mercedes has tuned its rear suspension system so that the back end of the car drops down at high speed on the straights.

This behaviour helps reduce drag to boost top speed, and Red Bull believes it played a key part in the advantage that Mercedes had at the recent Turkish Grand Prix.

Red Bull team boss Christian Horner told Sky F1 in the United States last weekend that venues like Istanbul – with a lot of medium speed corners and long straights – was perfect for the Mercedes concept.

"I think that Mercedes are obviously optimising a straightline device that they're able to do at that type of circuit," Horner told Sky in Austin during FP1. "If you look at the rear of their car, how it lowers, I think [Turkey] played to their strengths."

However, tuning the Mercedes system for venues like the Circuit of the Americas, with higher speed turns, is much harder because there is not enough variation between the top corner speeds and the straights.

Horner believes though that some venues coming up on the calendar will be perfect for the Mercedes idea.

“It will have a greater influence at some tracks than others,” said Horner. “It was a reduced effect here [in the United States] but somewhere like Jeddah for example, it could be quite powerful.”

Although Red Bull is intrigued by what Mercedes has done with its suspension, the team is clear that it does not believe that the design breaks F1’s regulations.

“We don’t feel that it is illegal, no,” said Horner. “It's something that has been used historically. We've seen it used by them in the past.

“But obviously, what we saw in Turkey was quite an extreme version of it, which that circuit seemed to allow.” 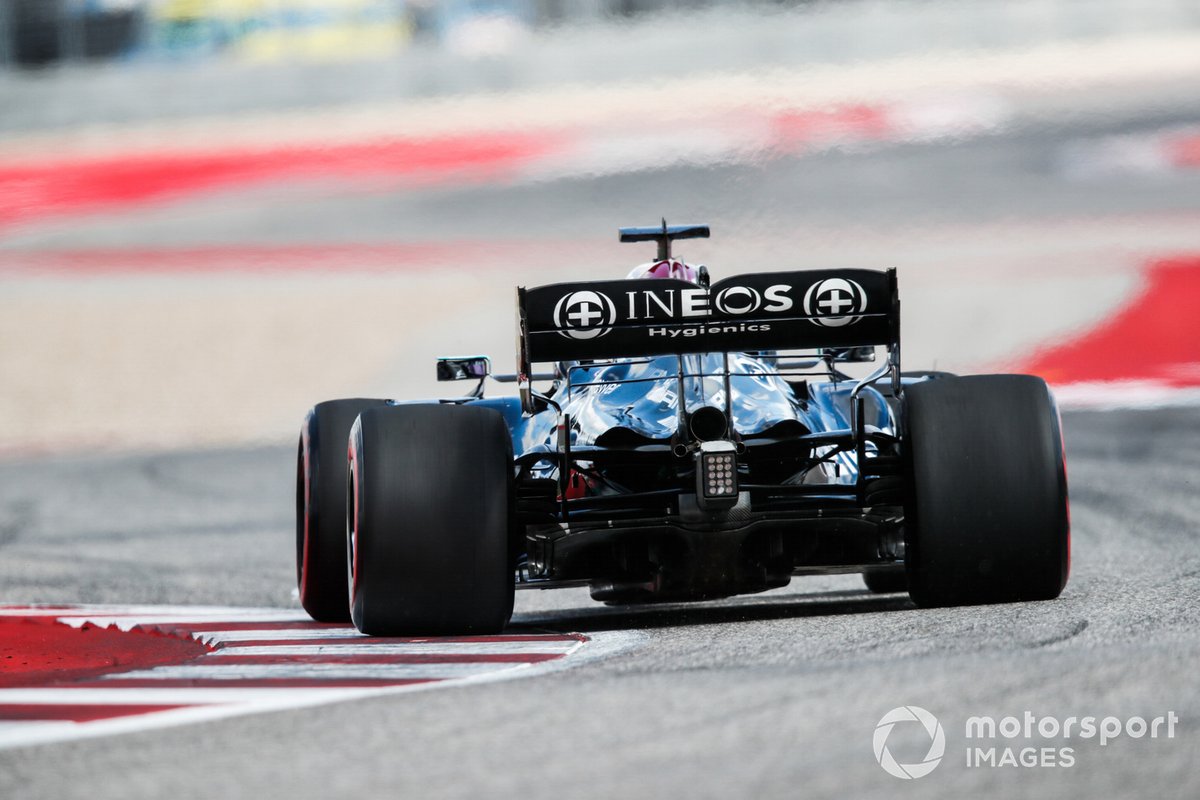 Mercedes has downplayed the influence of its suspension system, and thinks Red Bull is making too much of the impact it brings.

Team boss Toto Wolff said: “I think we recognise absolutely that this is a sport where competitors will always try to find out if there is some kind of silver bullet.

"My experience is there is no such thing, it’s all the small gains, marginal gains that have been added and bring performance.

"We’re trying to really comprehend our car better and add performance in lap time without listening too much to the noise."