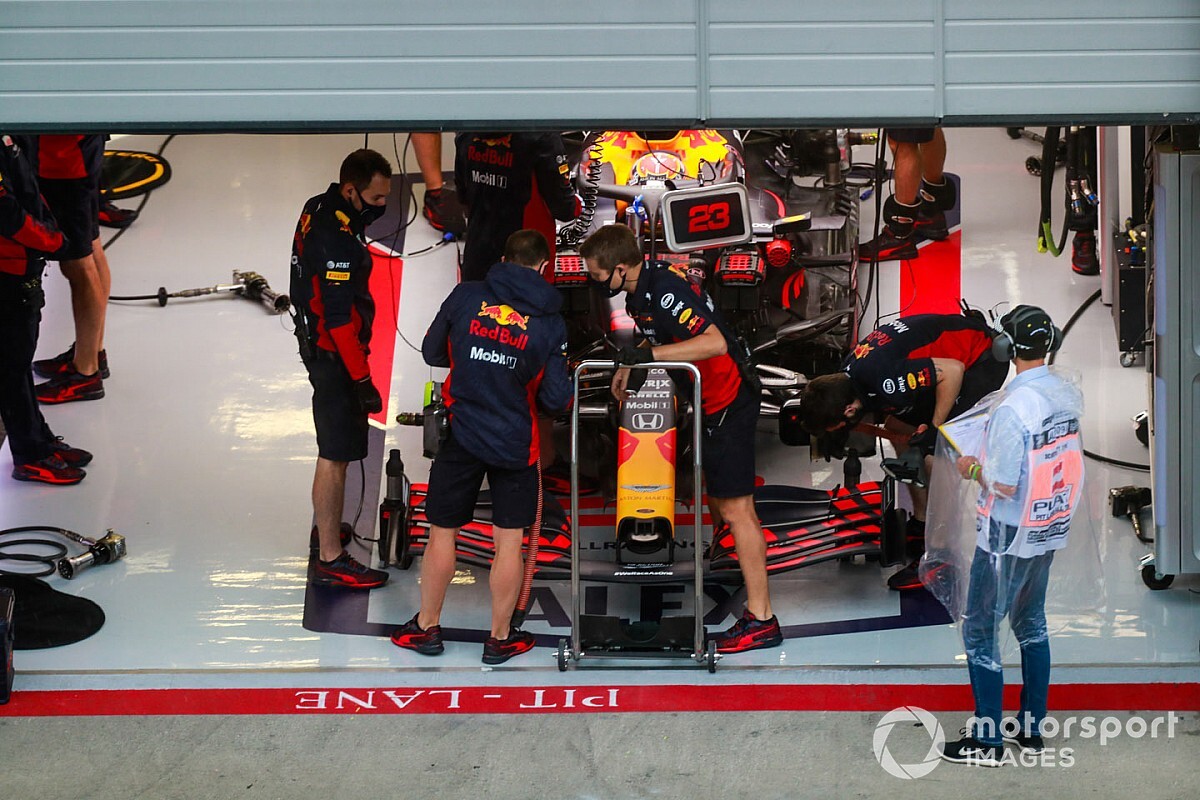 The Red Bull Racing Formula 1 broke the FIA curfew on Friday as its crew worked late into the night on set-up changes, but no penalty will be issued as rules allow for two exemptions per season.

Usually curfew offences are related either to repairs to crash damage or the arrival of a package of new parts.

However, the team says that there was no specific issue to address, and that the extra time was required to hone the set-up on cars of both Max Verstappen and Alex Albon.

“We had changes to make overnight following driver feedback so we used one of two permitted exemptions to the curfew to achieve this,” said a spokesperson. “No dramas, just standard stuff that took a while.”

At the end of Friday practice Verstappen conceded that the team had some work to do, and that the rain in FP2 had hampered its progress.

“Not so good,” he said when asked about FP1. “So plenty to look into and, of course a little bit of a shame that it was raining in the second practice, otherwise I think we already could have had a look. But yeah, a lot of work to do.

“Not so happy, but luckily we have a night to look at it and for sure make some changes and try to do better tomorrow.”

FIA: No evidence of Mercedes guilt in Racing Point case