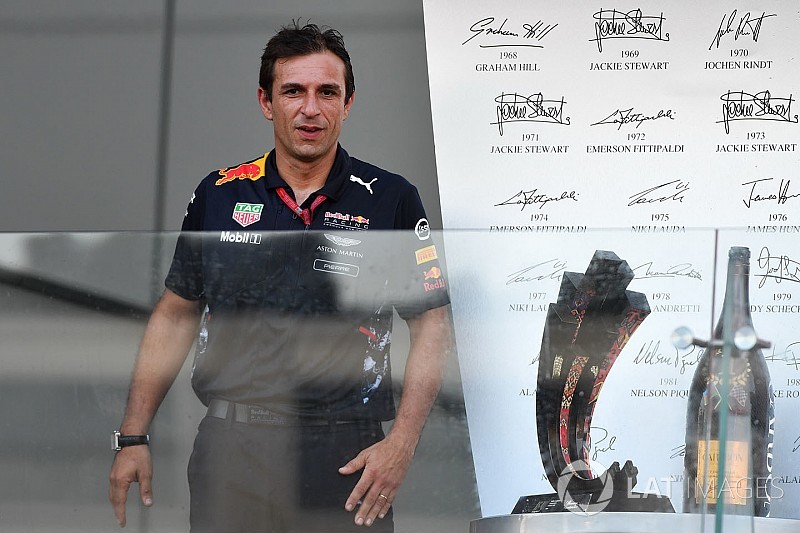 Red Bull Formula 1 team has appointed a technical director, in a move that Christian Horner calls “part of the evolution” of the Milton Keynes team.

Pierre Wache, who joined RBR in 2013, has been promoted to the role, having previously held the title of chief engineer, performance.

Adrian Newey remains chief technical officer of RBR, but the change is an acknowledgement of his ongoing commitment to Aston Martin and the Valkyrie project, which is taking up much of his time. However, he was with the F1 team for Barcelona testing, and is still involved.

Frenchman Wache, who has a PhD in fluid mechanics, started his motor sport career at Michelin. He went to Sauber after Michelin pulled out of F1 at the end of 2006, prior to his move to RBR.

As his Michelin history implies he’s a tyre and mechanical specialist, with his skill set complimenting that of aerodynamicist Newey.

“I understand what this position represents,” Wache told L’Equipe. “And the risk that comes with it. I won't say it scares me. But I know the results that are asked with it. And I would like to show that I’m capable of achieving them.

“I won't change everything, but I will necessarily work differently. Adrian worked more on the aerodynamic side of things, and I'm more focused on putting the power down on the ground.”

Horner has acknowledged that despite his other commitments Newey has enjoyed being part of the F1 project since the aerodynamic regulations changed for 2017, presenting a new challenge.

“These regulations have definitely got Adrian’s creative juices flowing,” he told Sky Sports News on Friday. “He’s contributing well into the team, and enjoying these regulations.

"Obviously he’s spinning a couple of plates at the moment with the Aston Martin road car projects and F1, but it’s great to see him motivated and enjoying F1 again.”

Girls on Track - The latest initiative to encourage women into motorsport