Red Bull, AlphaTauri will have to use same engine - Horner 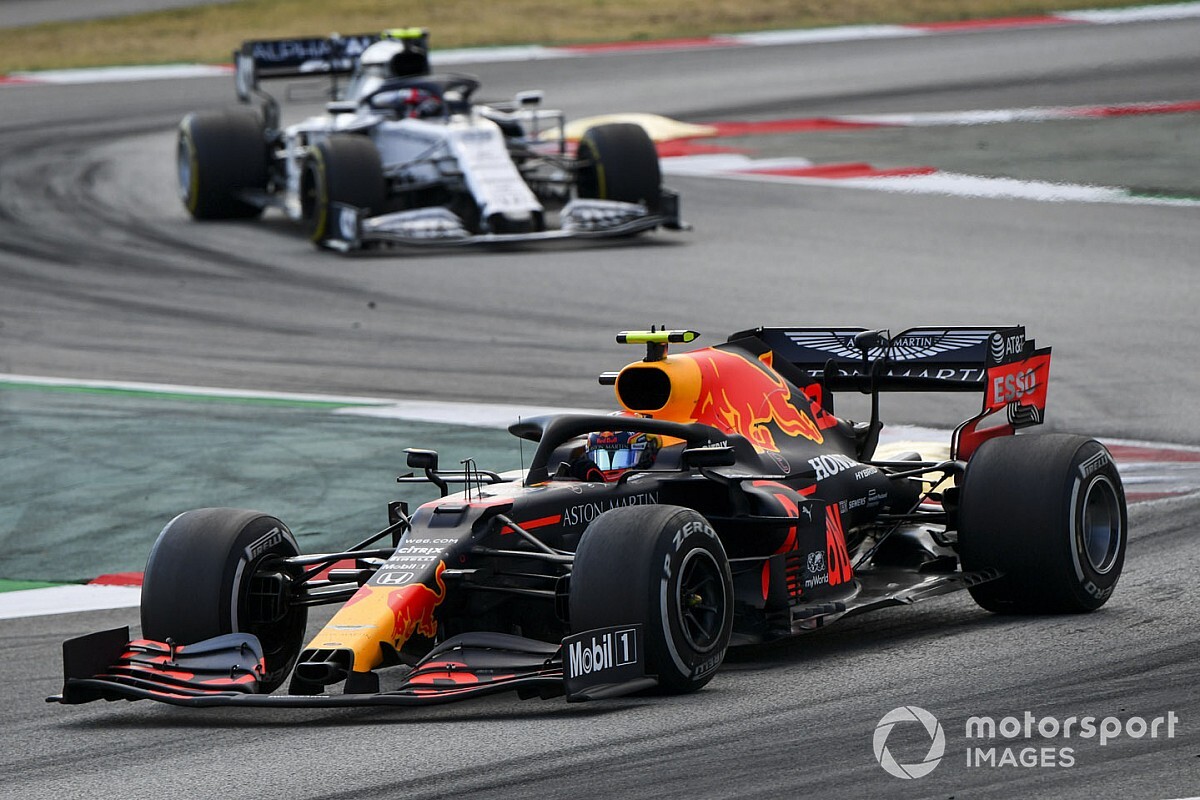 Christian Horner says it is "inconceivable" that the Red Bull Racing and AlphaTauri teams will align with different engine suppliers after Honda withdraws at the end of 2021.

In the past the two teams have on occasion had different engine partners – most recently in 2018, when Red Bull was still with Renault and the then-Toro Rosso team had already moved to Honda.

However the current business model is built around the two teams sharing technology, such as gearboxes and associated rear suspension, and that can only happen if they share the same engine supplier.

"I think it's very much a two-for-one scenario," said Horner. "So due to the synergy projects, due to the integration of the drivetrain, then it's inconceivable to think that the two teams could operate on different power units.

"That introduces all kinds of complexities particularly with IP etc, from the different suppliers. So it will be way from ideal to have both teams on different power unit solutions."

AlphaTauri boss Franz Tost agreed that the two teams have to continue to share a power supplier, with the Faenza outfit having now closed its gearbox department.

"We don't want to use a different power unit to what Red Bull Racing is using because we want to continue with the synergy process," said the Austrian.

"I don't want that we at AlphaTauri start once more designing our own gearbox, the complete rear suspension, that kind of stuff. We have a very close cooperation with Red Bull Technology, and we want to continue with them, and definitely want to have the same engine.

Horner stressed that a decision on 2022 would be made before the end of this year.

"We need to consider all our options," he said. "A team like Red Bull is not a standard customer team, the team's aspirations are extremely high, it wants to win, it wants to compete and win world championships.

"So we need to take the time to do our due diligence on the options that are available to us, in order to finalise our thinking, certainly by the end of the season, and most definitely before the end of the year. Obviously we've got to consider all the options, and then make decisions following that."

"It's our duty to look at what is the most competitive way forward in 2022, and we have the time. Honda have afforded us that time. If they'd made this decision in the spring of next year, or in the autumn of next year, it would have been a far worse scenario for us.

"We're only just halfway through the relationship with Honda. And we've achieved a lot in the time that we've been together, and we aim to achieve a lot more in the remaining time that we have together.

"Obviously there's the bigger questions that need to be answered between now and the end of the year."

Horner conceded that the power unit options are limited, with Mercedes boss Toto Wolff – already committed to supplying four teams – having made it clear that the manufacturer won't supply any others.

"There are no new manufacturers lining up to come into F1," said Horner. "I think Toto in his earlier conference made it clear that Mercedes are not keen to supply an engine. So that limits your choice to therefore two current suppliers in the sport.

"We want to compete and we want to win world championships. That's the reason that Red Bull is in the sport.

"That's what it's here to do. And we can only do that with a competitive power unit. And that's where we need to take our time as I say, and do the necessary investigation and due diligence."

Eifel GP weekend "valuable" for Schumacher despite no running