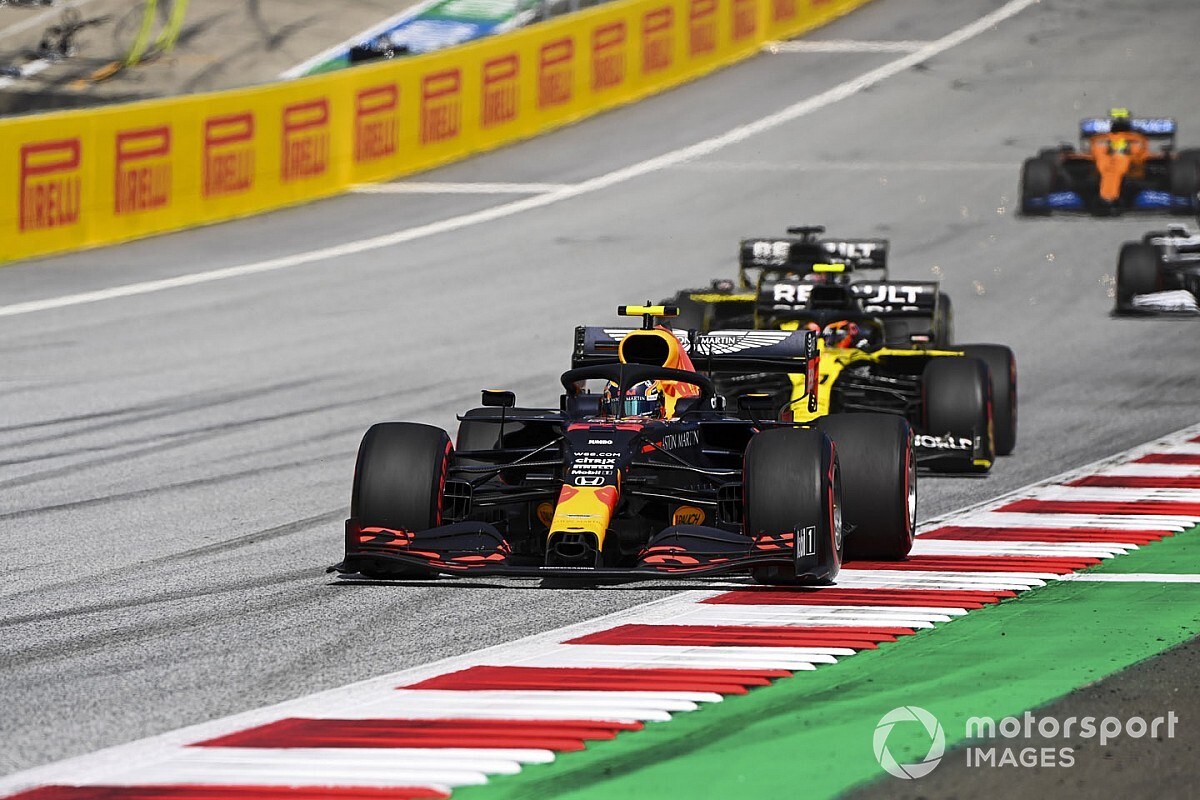 Red Bull says it is struggling to understand the cause of Alex Albon’s pace drop off over longer stints, after his disappointing Styrian Grand Prix.

Just one week on from Albon having had a chance of winning the season opener in Austria before a collision with Lewis Hamilton, the Thai driver was unable to match the pace of the cars ahead of him.

Reflecting on Albon’s struggles, Red Bull says that on low fuel the youngster appears to be much more comfortable than when the car is heavy.

Looking back at the race, team boss Christian Horner said how Albon went in the second half of the race was very different to how the opening phase went.

“Alex had a race of two halves,” he said. “I mean the first half he was struggling and then the second half, I thought he drove well and his pace was good.

“We need to understand that with him and hopefully help him get more comfortable with the car on the heavy fuel because his pace in the second half of the race was strong.

“He fought very well with [Sergio] Perez, who was the fastest car on the circuit – and at that stage three-four tenths quicker than [Vatteri] Bottas, who had the freshest tyres.”

Red Bull chief engineer Paul Monaghan suggests that Albon’s issue revolves around how the car balance changes throughout a stint, with the Thai not as comfortable as teammate Verstappen.

“We do a pit stop and bolt new tyres on and he says the car balance is very, very nice,” he said. “The deterioration from that appears to be greater in its magnitude than it is for Max.

“We've listened to his feedback and it is really very, very good. Again his memory of corners and laps and so on is most impressive.

“Quite why [he has the problems] we are not entirely sure yet. He suffered a little bit more and then, as you've probably seen on the telly, he picked up some front right blistering, and he was trying to protect that as well as be competitive and push as hard as he can.

“I think that whatever is causing it, we don't really know. But the drop off is slightly greater for Alex by the looks of it.”