Raikkonen a no-show in Abu Dhabi

Many in the Formula One paddock believe that the Finn was sending a message to the Lotus team. 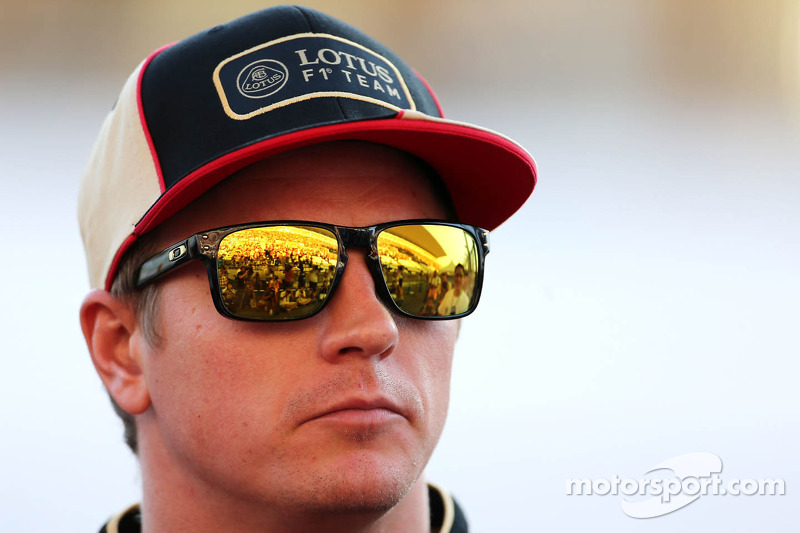 Nov.1 (GMM) Amid reports Kimi Raikkonen's relationship with Lotus was broken irreparably in India, the Finn did not show up in Abu Dhabi on Thursday.

The team distributed its usual Thursday press release containing links to audio interviews with the title 'Loud and clear'.

Indeed, many wondered if Raikkonen's absence, although not totally unusual on a Thursday, was a message to the team that he more than didn't appreciate being sworn at on the radio last weekend.

Some correspondents in the Abu Dhabi paddock on Thursday believe Raikkonen even threatened to sit out this race altogether.

The Mirror newspaper said "sources" had confirmed that Raikkonen, who is moving to Ferrari next year, was "so insulted he briefly considered" staying home in Switzerland.

But a team spokesman late on Thursday said the Finn is "on his way" to Abu Dhabi and "expected to turn up" for Friday practice.

It must be noted, however, that Lotus reserve driver Davide Valsecchi, the 2012 GP2 champion, was at the Yas Marina circuit on Thursday.

2008 world champion Lewis Hamilton, however, said Raikkonen was justified in being angry.

Asked by the Finnish broadcaster MTV3 how he would have responded if his engineer shouted and swore at him on the radio, he admitted: "Probably the same as he (Raikkonen) did."

Romain Grosjean, meanwhile, admitted that his relationship with Raikkonen has gone downhill "recently".

"As a man, I would say basically I don't know him," said the Frenchman.

"He is with me as he is with you (reporters). As a driver, he's very good and he has been - until recently - a very good teammate."

Also in Abu Dhabi, Fernando Alonso denied once again that his relationship with Ferrari has deteriorated in 2013.

"Every weekend I repeat the same thing," said the Spaniard.

"It (the relationship) was perfect, it is perfect and it will be perfect," Alonso insisted.

Hulkenberg looks to Sauber to rescue Formula One career