Racing Point Formula 1 boss Otmar Szafnauer says he’s not surprised by the way Sergio Perez has bounced back from the spell in COVID-19 quarantine that forced him to miss two races. 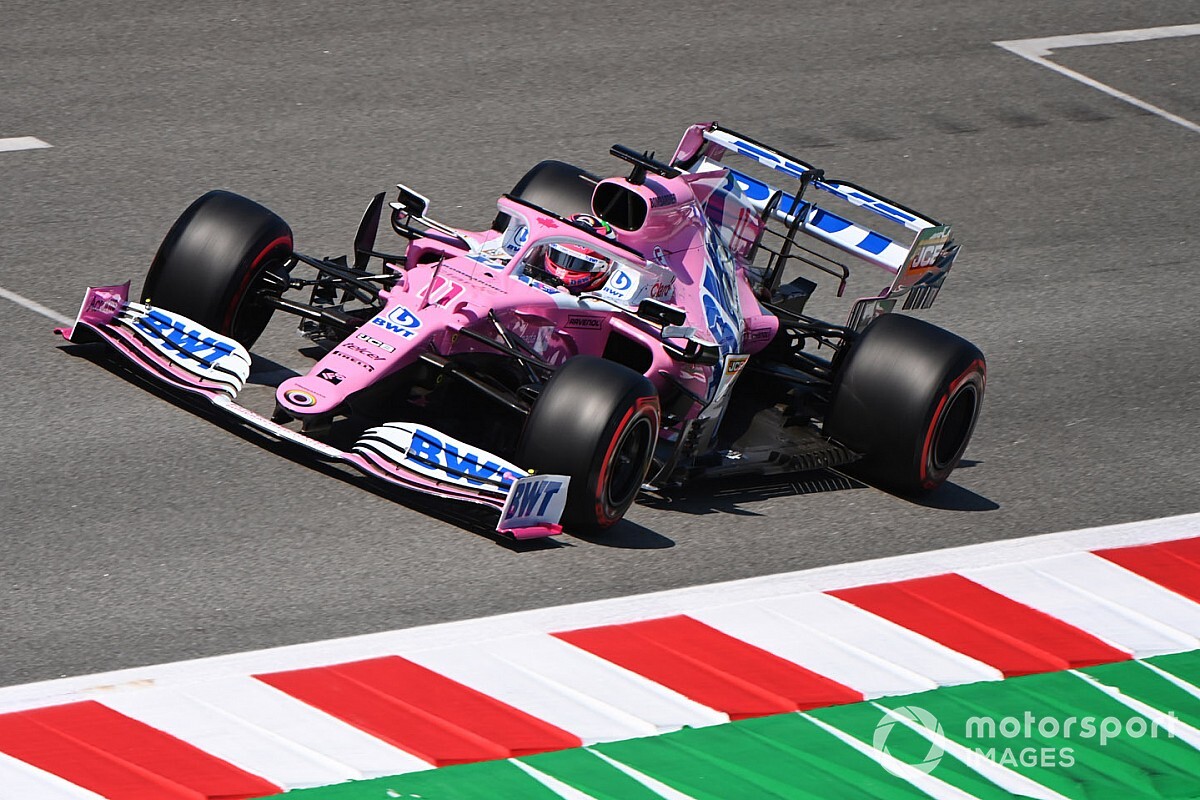 Szafnauer is also confident that the Silverstone team can show a much stronger race performance in the Spanish GP than it has of late, having often struggled to back up its qualifying pace on Sundays.

After being absent from both Silverstone events Perez was passed fit to race in Barcelona, where he qualified fourth, a place ahead of teammate Lance Stroll.

“No, I’m not really surprised,” said Szafnauer when asked about the Mexican’s form. “He felt well in himself for almost the entire time.

“I think he had a headache one day. And he couldn't understand why he wasn't in the race car last race for example, because he was even exercising in his apartment while he was quarantining. So he was keeping fit, and felt great.

“I don't want to call him asymptomatic, but it was pretty close, because he only had the headache symptoms for one day. And I don't know, if he didn't have the virus, would he have had the headache that day anyway?

“But I'm not surprised. He was feeling well himself, and you got to remember too that the drivers drive this track so often. They know it like the back of their hand.”

After struggling for consistent race pace at previous events Racing Point made a decision to focus on tyre work for Sunday for most of the Barcelona weekend, and the cars didn’t figure high on the timing screens until it mattered in qualifying.

“We’re definitely learning more,” said Szafnauer. “You’ve got to remember we accumulated a lot of data running here in the winter as well, so the drivers know this track pretty well. We know how the car behaves around here.

“The one thing that we really wanted to work on was the weather difference, when we were here last it was nowhere near this hot, track temperatures were a lot different, and that can make a significant impact on the tyres. So we wanted to make sure that all weekend long we focussed on understanding the tyres.”

Asked if he expected a boring race in Spain Szafnauer said he’d be happy to see his cars finish where they qualified.

“We’ve got to remember we're here for the fans. So I hope the race is entertaining for them. But from our perspective, if you mean boring, finishing fourth, fifth, where we start, then let it be boring, but hopefully it'll be exciting for the fans.

“So that's our goal. And for us to be able to do that we have to put the fight to Max Verstappen. I'm not sure that's possible, but we'll do our best.”