Pirelli has launched an investigation to work out what is causing the strange tyre deformation that was witnessed in qualifying for the Belgian Grand Prix, and whether any action needs to be taken ahead of the race. 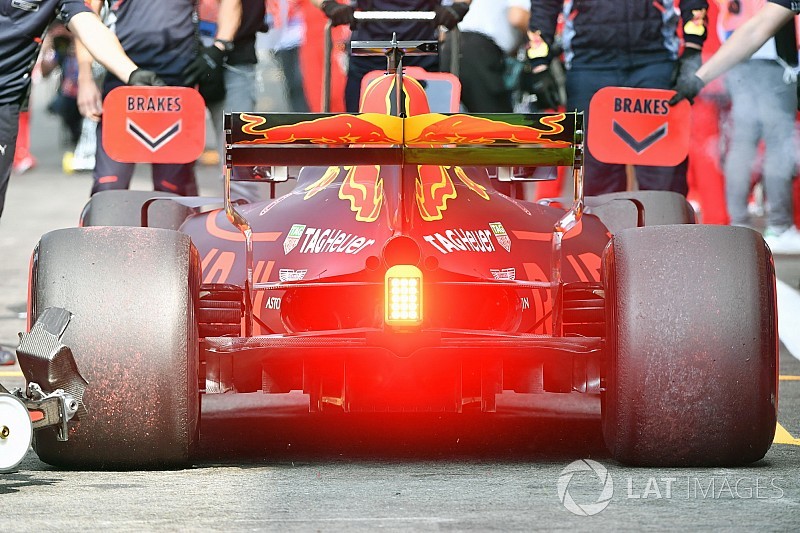 Slow motion footage of cars exiting the final chicane at Spa-Francorchamps showed standing waves spreading across the tread of rear tyres, something that has not been witnessed before.

The extra vibrations these waves caused triggered the damage to Lance Stroll's rear wing that cost him track running in Q1.

Pirelli's F1 racing manager Mario Isola said that he had never seen an F1 tyre behave in such a way, which is why his company was working with teams overnight to get a better understanding.

"We are looking at what they can be or which is the type of stress on the tyre," he told Motorsport.com. "At the moment I don't have a lot of information because we are working together with the teams to better understand this effect.

"It seems that we have this at the exit of the bus stop, and exit of Turn 1, so slow speed corner in traction. We have to better understand it. It could be an effect of the grip with the torque.

"Obviously the grip this year is much higher and the tyre is wider, so it could be a deformation of the contact patch and the torque that generates these vibrations. We are now looking at the data from the teams in order to better understand this effect."

When asked if there could be enough concern to advise teams to make changes to either set-up or treatment to ensure no problem in the race, Isola said: "This is why we are interested to better understand why we generate this vibration and what are the possible consequences.

"What we have asked the teams is can we work together a bit to better understand which is the dimension of this vibration, the extension in time and the construction.

"And when we have something more, probably tomorrow morning, then we can take a decision. So far it is difficult to say if we are obliged to take any action."

Williams technical chief Paddy Lowe said he had not seen tyres deform in such a way before, but was at a loss to explain what was going on.

"We have often seen before a kind of standing wave in the sidewall, but in this case, we're seeing a standing wave on the tread with sort of a flat threepenny bit shape to it," he said.

"I've never seen that before. It's a very high amount of energy in that, as you have seen in the video."