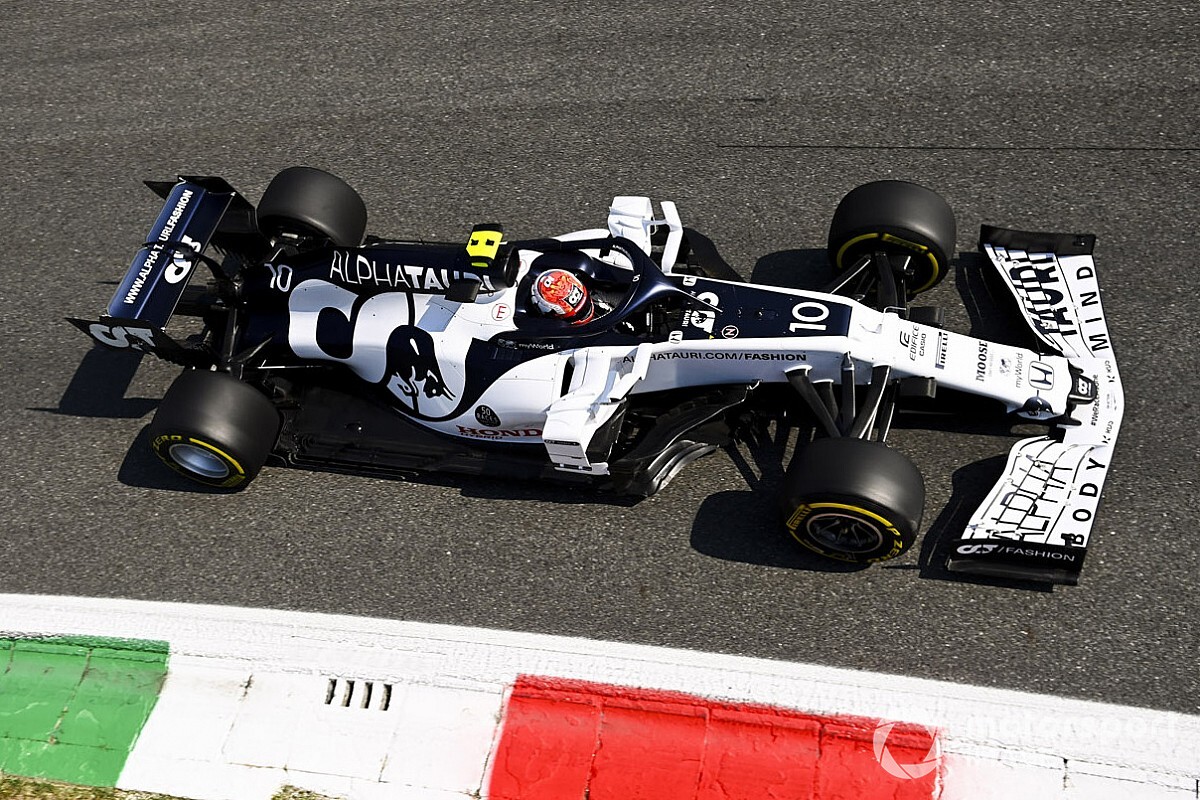 AlphaTauri Formula 1 driver Pierre Gasly provided the biggest surprise in Monza on Friday by lapping fourth fastest in FP2 – and even the Frenchman couldn’t explain his Italian GP practice pace.

Gasly was already sixth fastest in the morning before moving up two spots in the afternoon as the fastest Honda-powered driver, ahead of Red Bull’s Max Verstappen.

His teammate Daniil Kyvat also showed some speed, taking fourth in FP2 before slipping to seventh in the quicker afternoon session.

“It's been the best Friday by far since the start of the season,’ said Gasly. “We were sixth this morning, fourth this afternoon. So I must say that the feeling in the car was good. I could push, I managed to put some good laps, and I felt quite comfortable.

“So a positive Friday for us. Unfortunately, we had a small issue with the damper at the end during the long run. So we had to stop before the end. But generally speaking, we were pretty happy.”

Asked where the pace had come from, he replied: “Well, actually, we have got no idea! I mean, we were surprised even to see ourselves right up there. I think the setup we have for Monza with very low downforce seems to work quite well.

“We can still improve a bit for tomorrow, and I think there will be some surprises with especially the new engine modes and what we can use in quali, and in the race.”

Despite showing such good speed today, Gasly was cautious about prospects for the rest of the weekend.

He added: “I think we should be still quite careful. I think we had for sure a very good Friday. I think it's normal we're pretty confident for tomorrow, but it's so tight, especially here with the tows in qualifying, it will be important to get it right.

“We saw how messy it was, only for FP2, nobody wanted to go first. I guess tomorrow is going to be even worse. So I think it's going to be tricky, but for Sunday I think I'm pretty confident we can have an exciting race again.”

Kvyat had a less optimal second session than his teammate, despite his pace in the morning.

“There is still some work to do,” said the Russian. “My laps on option weren’t entirely clean, so there is a bit of work to do for tomorrow, but it is good. So we know we have something to work on tonight. Otherwise it was quite standard Friday.”

Vettel says Ferrari's car a "handful" to drive at Monza