Perez form made it "impossible" for Red Bull to ignore him

Red Bull says that Sergio Perez's impressive speed in Formula 1 this season made it 'impossible' to turn down the chance to sign him. 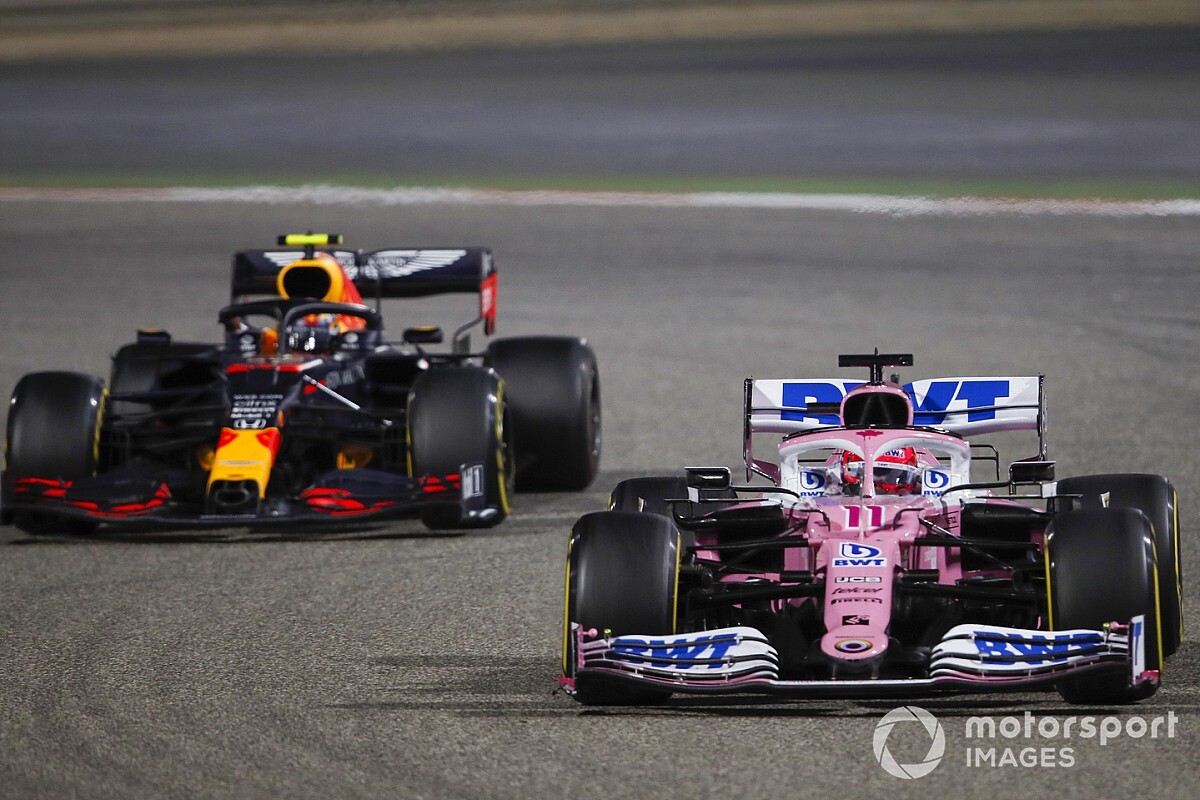 The Milton Keynes-based team announced on Friday that it had signed Perez for 2021 as replacement for Alex Albon, who is being moved into a development and test role.

While Red Bull team boss Christian Horner admitted that making the choice to not continue with Albon was tough from an emotional perspective, he said that Perez's strong pace simply could not be overlooked.

"The decision has been an incredibly hard one," said Horner, when asked by Motorsport.com about the reasons behind the decision to go for Perez.

"I think all of us wanted to see Alex succeed. What we said was that we would give Alex the season, and not make any decisions before, to have a complete set of data. And that's obviously what we did.

"It was just impossible to ignore Sergio's performance in the Racing Point over the course of the year, and particularly, in the second half the season.

"So a very, very difficult decision, made even harder by the fact that Alex is a such a lovely guy.

"But he remains an important part of the team, and very much part of the team for 2021, focusing primarily on 2022 development. And, of course, he'll be very focused in terms of making himself a contender to be back in 2022."

Horner thinks that Perez will have no problem stepping up to the demands of a big team like Red Bull, and believes he is vastly more experienced than he was when he endured a troubled time at McLaren in 2013.

"He's a very rounded driver now and I think he has an uncanny ability to over deliver in machinery he has had available to him," added Horner.

"If you look at the amount of podiums and success that he's had over the over the years, I think he'll be a good addition to the team. I think it shows again, our determination to field a competitive team against Mercedes next year."

Red Bull is well aware that Perez will face a tough challenge in taking on Max Verstappen, but says that both team and driver are in alignment about what is expected in 2021.

"I think both parties are very realistic," he said. "I think he knows the quality of Max.

"He's a seasoned racer now. He has a huge amount of experience and I think he knows what he's going up against in the quality of Max.

"He's been in immense form in the last couple of years, so I don't think he underestimates that challenge in any shape or form. But I think he's absolutely delighted to get the opportunity to prove himself."

Pushed on whether there were concern about potential trouble between Verstappen and Perez if they battled hard, Horner saw no reason to worry.

"I think we want our drivers racing close to each other, but up the sharp end," he said. "It's clear our objective isn't between the two drivers, it's trying to close the gap to Mercedes.

"I think Sergio raced for several seasons with Nico Hulkenberg and I don't remember there being any issues between those two."