Max Verstappen hopes Red Bull will be able to fight Mercedes more upon Sergio Perez's arrival at the Formula 1 team, saying it has been "difficult" to do so alone. 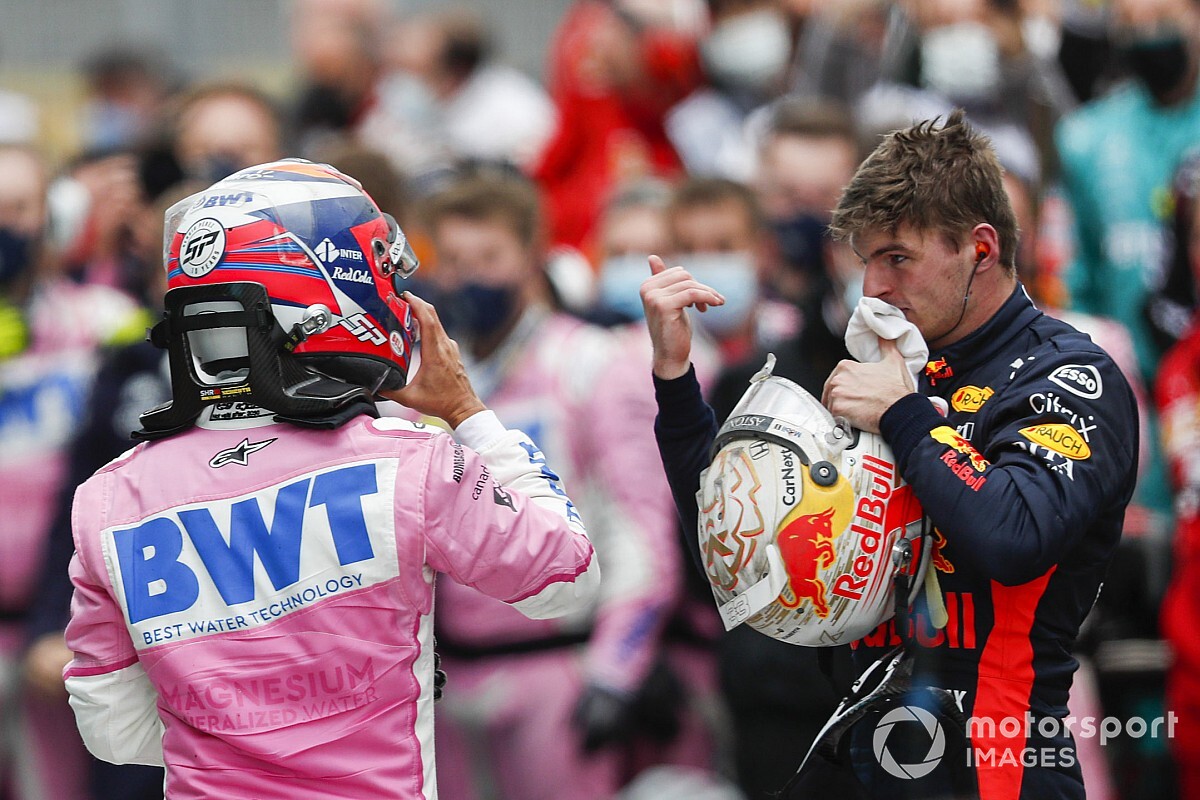 Red Bull announced on Friday that outgoing Racing Point driver Perez would be joining the team for 2021, replacing Alexander Albon.

Perez will arrive at Red Bull off the back of his strongest season in F1, scoring his maiden victory at the Sakhir Grand Prix en route to fourth place in the standings.

Red Bull team principal Christian Horner said Perez's form this year was "impossible" to ignore, and that the struggles Albon faced in regularly matching Verstappen's pace and fighting Mercedes played a part in the decision to drop him.

Asked by Motorsport.com if he anticipated that Red Bull would be more competitive with Perez joining, Verstappen felt it would help the fight against Mercedes.

"It's more that we'll have a second car which is capable of being up there as well the whole race and trying to put a bit of pressure [on]," Verstappen said.

"For example, like in Abu Dhabi, at the end, Alex was quite close. Most of the time, Mercedes try to go for an extra stop or whatever, and then I'm in more difficulties, because most of the time when we were quite competitive this year, I was the only car trying to beat them, and tried to do something different.

"But they can always do the right strategy with one of them, because they will always cover me with one car, so it was always a bit difficult to fight them.

"I just hope that Checo will be the one to first of all push the whole team forward, but also keep me on my toes, which is always nice. To have a teammate pushing you, it's exciting.

"Hopefully we can, with a bit more of a competitive car from the start, make it just a bit more interesting and difficult for them to make decisions."

Albon is set to take up a reserve role with Red Bull for the 2021 season, focusing on its test and development work for the new regulations in 2022.

Verstappen was glad that Albon was still part o the team, but said he gave his honest thoughts to the team about who should be his teammate prior to a decision being made.

"Of course we spoke about it, and I just give my honest opinion," Verstappen said.

"I think it was quite clear that throughout the whole year, it was sometimes quite a bit tricky for Alex. He is a great guy, honestly, and I'm happy that he's part of the team still.

"But at the end of the day, of course it's Helmut [Marko] and Christian and of course Dietrich [Mateschitz] making the decisions.

"Of course I knew a bit before. But at the end of the day that doesn't matter."

Perez form made it "impossible" for Red Bull to ignore him