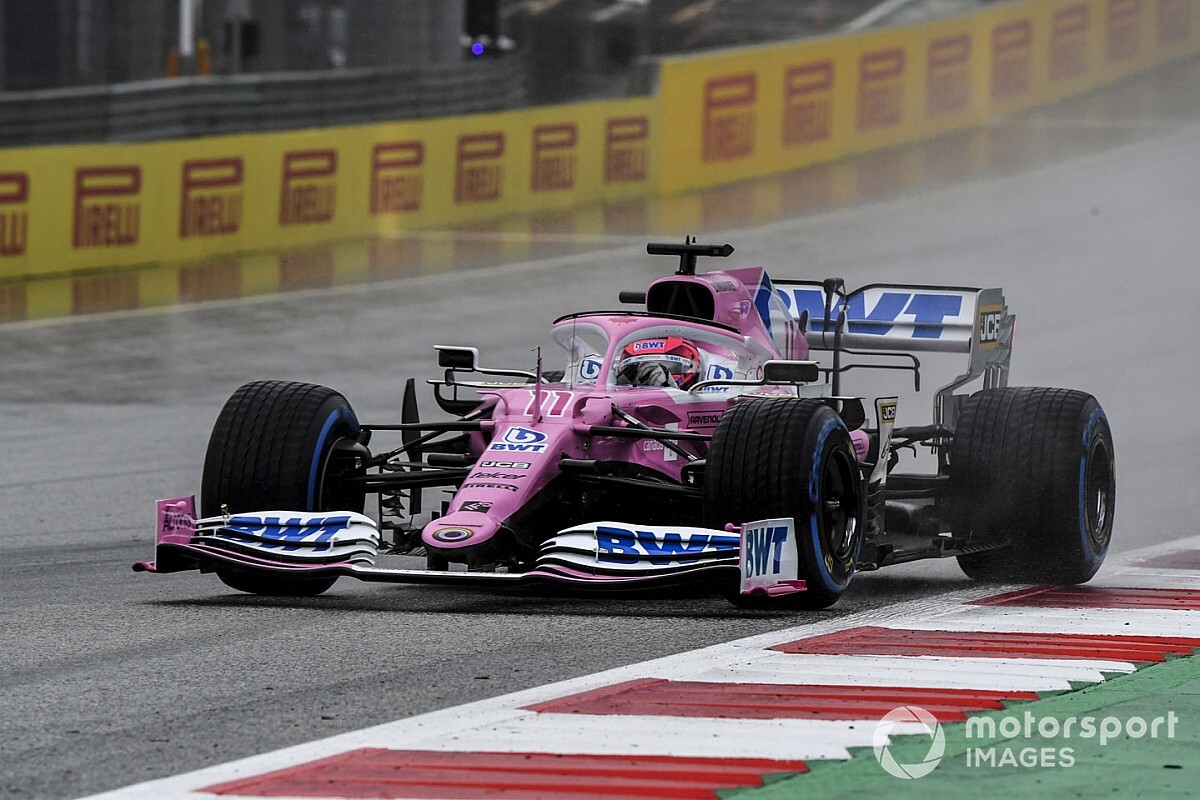 Sergio Perez blamed a failure to generate tyre temperatures for the "big disappointment" of his Q1 exit for the Styrian Grand Prix.

The Mexican had been expected to challenge near the front of the pack after a strong showing in Friday practice for Racing Point.

But it all went wrong in the wet conditions of qualifying when he was left struggling at the back end of the field. He eventually ended up 17th.

Speaking afterwards, Perez reckoned he had the pace to get through to Q2, but said that by the time the tyre temperatures had come up he was caught out by the late red flag in Q1.

"It's a big disappointment," he said. "You know we were on for a great weekend as we have great pace in the dry. But in the wet we couldn't find our rhythm.

"I struggled a lot to generate any tyre temperature. It took me two to three laps to generate the temperature and at the end I was coming on a good lap but then the red flag stopped that lap. There's nothing we can do now other than think forward for tomorrow."

While the Racing Point showed good strength in the race last week, Perez thinks things will be more difficult on Sunday with him starting so far back.

"It's going be difficult to make any progress to overtake, but certainly we have a good car underneath us, so we will try everything. I think we've done it before, so hopefully we can do it again tomorrow."

Perez's teammate Lance Stroll did make it through to Q2, but failed to progress further as he ended up 13th after he struggled with his pace dropping away.

"I don't know what happened at the end," he said. "We kind of faded in Q2. There was a loss of grip at the end of Q2 and I just wasn't able to progress the lap time.

"I think we started quite strong. We were comfortable in Q1 and then the beginning of Q2 We were looking competitive but we just lost a lot of grip on the last set in Q2 and the others managed to improve so I'm not sure we have to look into why that was."