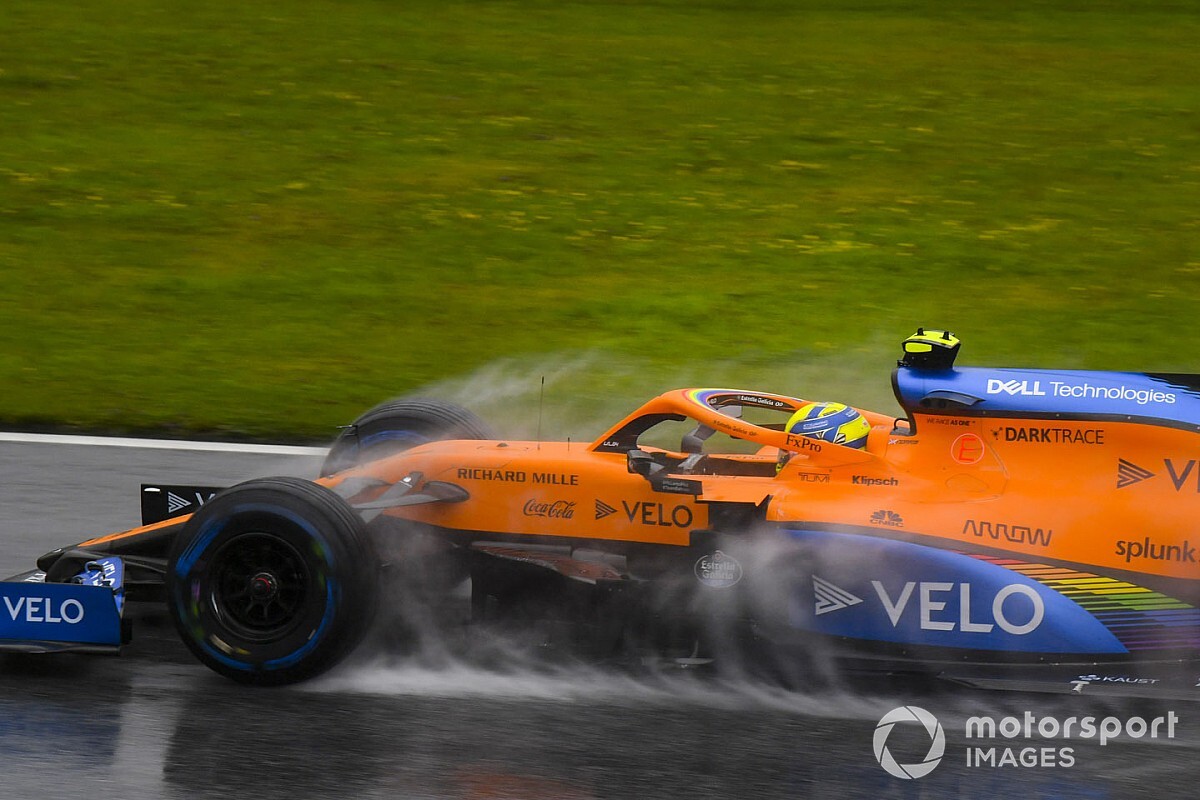 Lando Norris says the conditions and being "drugged up" alleviated the back pain he suffered on Friday, but expects Sunday's Formula 1 Styrian Grand Prix to pose a "bigger challenge".

The McLaren driver – who scored his debut F1 podium at the Red Bull Ring last weekend -limited his running on Friday as he suffered pain in his back in high-speed corners and under braking.

The heavy wet conditions which hit qualifying, as well as some painkiller treatment, meant Norris was "a lot better" on Saturday, but expects the issue – which is yet to be fully diagnosed – to be a problem in the dry on Sunday.

Speaking after qualifying to Sky F1, Norris said: "I won't say what it is, but it's not so much the back, it's more something inside and when I'm hitting the brakes and I'm cornering, I'm getting the compression from the G-force and causing a lot of pain.

"We're trying to figure out what it is, it's a lot better today and more because I'm drugged up slightly and it's wet conditions. But I think it's going to be a bigger challenge tomorrow."

Norris qualified in sixth, just two tenths outside of teammate Carlos Sainz in third spot, but will start from ninth owing to a grid drop awarded to him for overtaking under yellow flags in FP1.

He admits frustration at a mistake he made on his best lap at the end of Q3, which he reckons lost him "four or five tenths", has led to a "not so good" atmosphere inside his side of the McLaren garage.

"From my side, not so good," he said when asked what the atmosphere was like in the team after qualifying.

"You know when you should have done a better job - sometimes you're far off and you don't know why or how and that's just annoying.

"But sometimes you know for a fact that you should have done a better job and my last lap was my best lap when the conditions were almost at their worst.

"And then a little oversteer coming around Turn 8 and I lost four or five tenths before the second-to-last corner.

"So, when you know you should have done a much better job, that's the very frustrating thing.

"Of course we're happy with P6, it's better than almost all of my results, but three places with the grid penalty…  it would be nicer where Carlos is and then get put back to where I am."