Perez confirmed at Force India for 2016 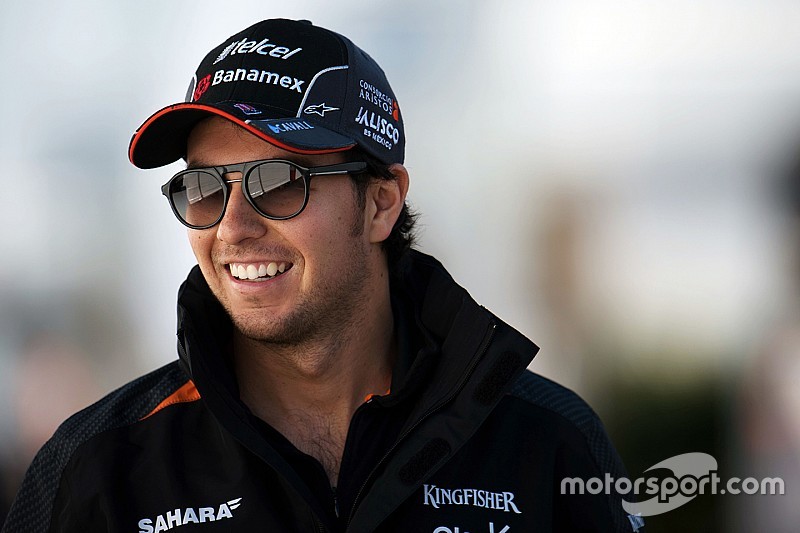 Force India has confirmed Sergio Perez for a third successive season in 2016, giving the Silverstone-based team an unchanged driver line-up heading into next year.

Perez joined Force India for the start of 2014 after a troubled season at McLaren, which followed on from a two-year stint at Sauber.

And although Lotus, which is close to being taken over by Renault, had expressed an interest in Perez and his sponsorship, the Mexican had always indicated that his preference was for continuity and staying with his current team.

"I am very happy to confirm that I will be staying with Sahara Force India," said Perez, whose best result for Force India was a third place in last year's Bahrain Grand Prix. "It means I can simply focus on the important stuff – driving the car and scoring points for the team.

"Since coming here I’ve really grown as a driver and I feel I’m performing at my best. I’ve always said I want to establish myself in a team and it’s the right moment to announce my commitment for the future with Sahara Force India.

"I can feel the potential in the team and there is a good energy, which gives me confidence for next year. I think we can continue to deliver strong results and I will do my best to help drive the team forward."

Force India's team principal Vijay Mallya paid tribute to Perez's contribution to the team over the past two seasons.

“I’m very happy Sergio has committed his future to Sahara Force India," he said. "He’s done a fantastic job for us already and when we give him a competitive car we know he can get the job done.

"He’s also got a great attitude and never gives up – it’s that fighting spirit which fits well with this team. You only have to look at his results in the last three races to see that he is performing at the top of his game.

"It’s an exciting time for Sergio, especially with the upcoming race in Mexico next month, and with our close connections to the country I’m sure it will be a highlight for everybody in the team.”

Perez's negotiations with the team were complicated by the fact that they happened in parallel with commercial arrangements, which is why Nico Hulkenberg's deal was done some time ago.

“One deal is more complex; there are commercial issues involved, whereas the other is a driver contract,” Force India's Bob Fernley told Motorsport.com in Monza.

“We have two drivers that get on well within the team, they're pushing each other all the time. Both of them are excellent racers. I'm not sure that we could do better, that's the key.

“I think that they are both very happy at Force India. Obviously Nico had a choice, and he's made that choice, and I think it's the same thing probably with Checo.

"Nico was out of contract, Checo's is a renewal.”

The news leaves Jean-Eric Vergne and Kevin Magnussen as the drivers most likely to replace Romain Grosjean at Lotus/Renault should the last-named be confirmed at Haas, as is expected.

Behind the scenes F1: Why the sell-out new Mexican Grand Prix is turning the fans on