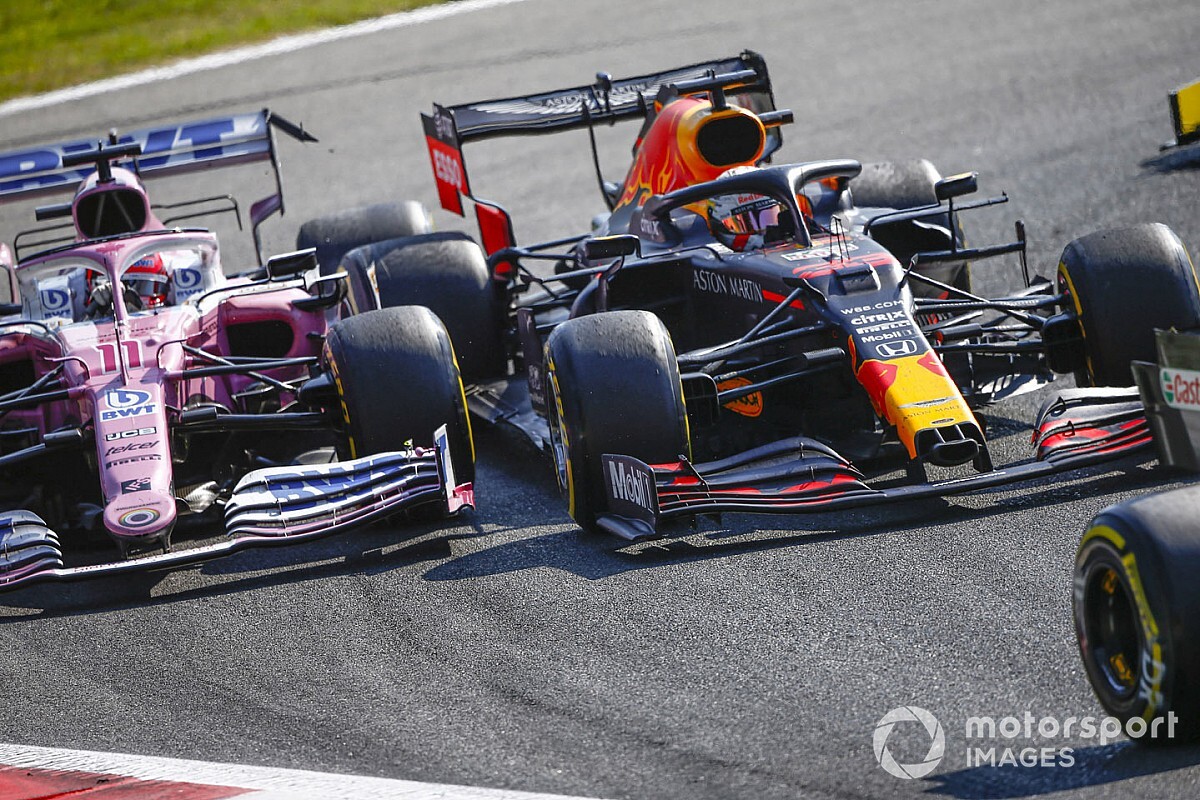 Sergio Perez says he "cannot" wait too long for Red Bull to decide on its final 2021 Formula 1 driver line-up, after admitting a move there is an option.

Red Bull is currently weighing up whether or not to retain Alex Albon next year, with the Thai driver under pressure to lift his game after some recent disappointing outings.

If Albon is not retained, then Red Bull's senior management have been clear that it will look outside of its pool of young drivers for a replacement, with the experienced Perez and Nico Hulkenberg the favourites for the seat.

Perez's fresh racing experience, plus healthy sponsorship backing he brings from Mexico, makes him an attractive prospect and could be enough to give him the nod over Hulkenberg.

Last weekend, Red Bull team boss Christian Horner said he was confident that both Hulkenberg and Perez would hang for as long as needed while the outfit decides what it is doing with Albon.

"Well, I think any of those drivers would obviously put Red Bull as a priority over any other seats, so I would imagine that they would wait to see what the decision is," he said.

However, despite the clear attraction of a Red Bull seat, Perez says he cannot wait for too much longer with his options for remaining on the grid in 2021 getting narrower.

"I think there is a very slim line in there you know," he said ahead of the Emilia-Romagna Grand Prix. "There is a time where you [can] take the risk, wait, and then see what happens.

"But the season is coming to an end. So I think it's important for teams to know what's going on, what's happening going forward and for drivers too. I'm looking at all my possible options and, yeah, I cannot take too long any more."

Sources have suggested that Perez's representative and Red Bull have already opened talks about the possibilities of a deal for next year.

Asked about whether or not negotiations had started, and if the team was a genuine option, Perez said: "I wouldn't rule it out. I think at the moment until they're not confirmed they are an option, you know.

"It is the same as every team that hasn't confirmed. I think, as time is running, there are very, very few opportunities to remain on the grid for next year."

With Williams now having shut the door on a possible Perez deal, the Mexican's only real chance of a seat if Red Bull go elsewhere is at Haas. However, the American outfit is expected to take Nikita Mazepin and Mick Schumacher.

Raikkonen: Decision to stay at Alfa "not difficult"