Ocon says Perez “ripped off my floor” in first-corner collision

Esteban Ocon accused teammate Sergio Perez of damaging his car at the first corner of the Hungarian Grand Prix, as the Force India duo collided once again. 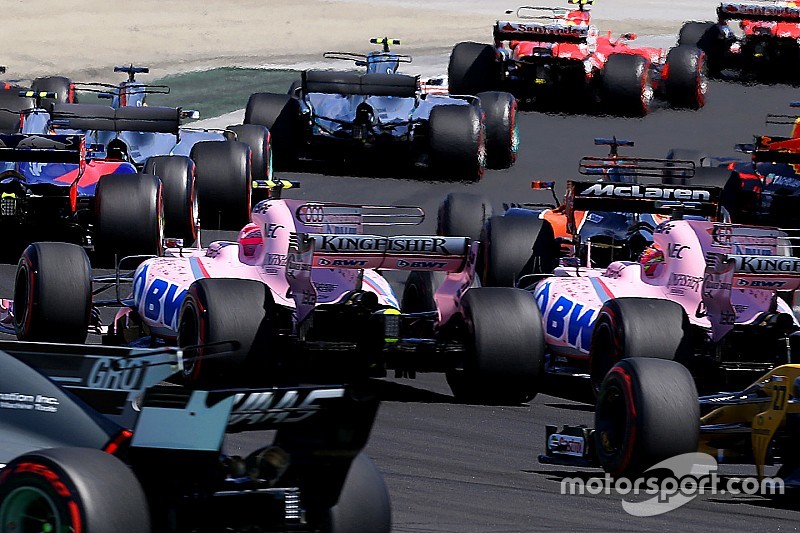 Following their costly clash in Baku, which cost the team a shot at a likely podium finish, Perez ran into the side of Ocon on the exit of the first corner in Hungary.

Both cars continued, although Ocon’s car clearly shed some parts from underneath his right sidepod after the contact, and Perez suffered light wing damage.

“It was a pretty messy start,” said Ocon, who went on to finish ninth. “I don’t know what Sergio did but he probably missed a bit his braking point and ripped off my floor so it could have been a bit worse.

“At the end, it’s a double points finish for the team, which is great looking at how difficult it was for us this weekend.

“In front of one McLaren and both Renaults, we can go on holiday happy.”

Perez said the contact didn’t leave any lasting consequences to the handling of his car, allowing him to rise from 13th on the grid to finish ahead of Ocon in eighth.

“It damaged my front wing, which didn’t affect too much the balance but in general the picture wasn’t good,” said Perez. “It’s been my worst weekend of season in terms of speed.

“I’ve been struggling a lot with the car, so I’m glad we went forwards and scored good points.”

Team boss Bob Fernley brushed off the clash, saying: “It was very minor, just a first-corner incident, one was leaning on the other a bit.

“They both came through with good results, so it’s not an issue. One of those things, so many cars into that corner. You’ve got to accept it cost a little to Esteban, it wasn’t a negative.”