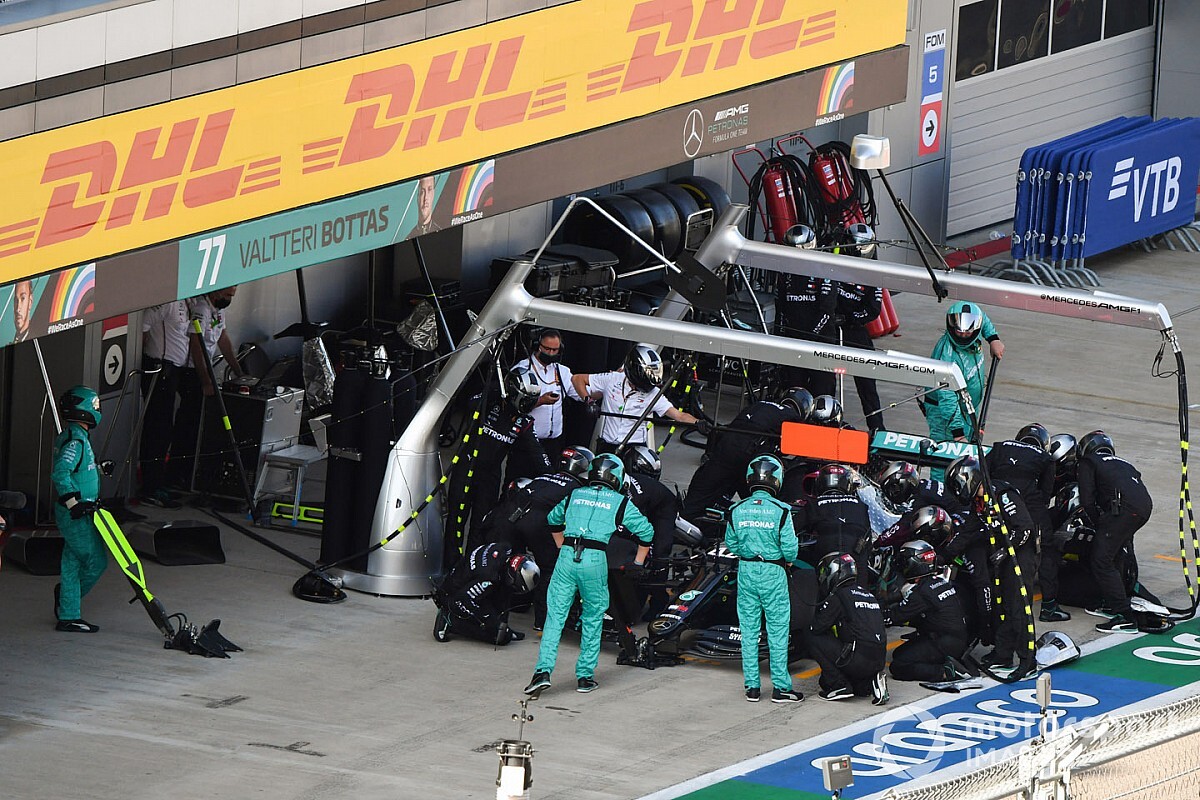 Hamilton was leading the Russian GP when he was brought in on lap 16 to switch to the hard tyres for the run to the flag.

The team knew that he had to serve a 10-second time penalty for his practice start infringements, and thus also factored in where he would come out in traffic.

Both before and after his stop Hamilton questioned its timing – only Renault's Daniel Ricciardo ditched the soft tyre earlier – but Shovlin insists that there were sound strategic reasons for the stop, which came a full 10 laps before that of Hamilton's teammate Valtteri Bottas.

"The rear left was the limit on his car," said Shovlin. "There was very little rubber left on it, so it would have done one or two laps.

"And with the penalty, you're looking a long way back actually at the cars that you're racing, but as soon as you drop, then they're going to start being able to sort of undercut you effectively. And that that was the big reason – it was principally what was going on behind him.

"He was down to one or two more laps on that tyre. And then you would have found that the field, especially any cars that were on the medium, would start to be actually gaining race time on you. So it's just about minimising the number of cars that you're subsequently going to have to pass."

Shovlin said that Mercedes hadn't expected to have a clear advantage over main rivals Red Bull in Russia.

"We didn't really go to a circuit saying 'we think we're going to be really good here' because often it's not a function of what we're doing," he noted. "It's the pace of other people. And our car seems to work pretty well most places.

"I know Red Bull was saying, 'this is a Mercedes circuit.' It may be a bit that it doesn't suit their car. We're not really sure why we had good pace. And I think the race pace was strong, Lewis's pace in qualifying was very strong.

"Those C5 tyres, the softest compounds, are not the easiest one to get the lap together, and to get everything in the right window.

"And Valtteri struggled in qualifying with that in particular. I don't think it really cost him, because third on the grid is pretty competitive, it's very equivalent to second arguably a bit better. But the car has been pretty good here."