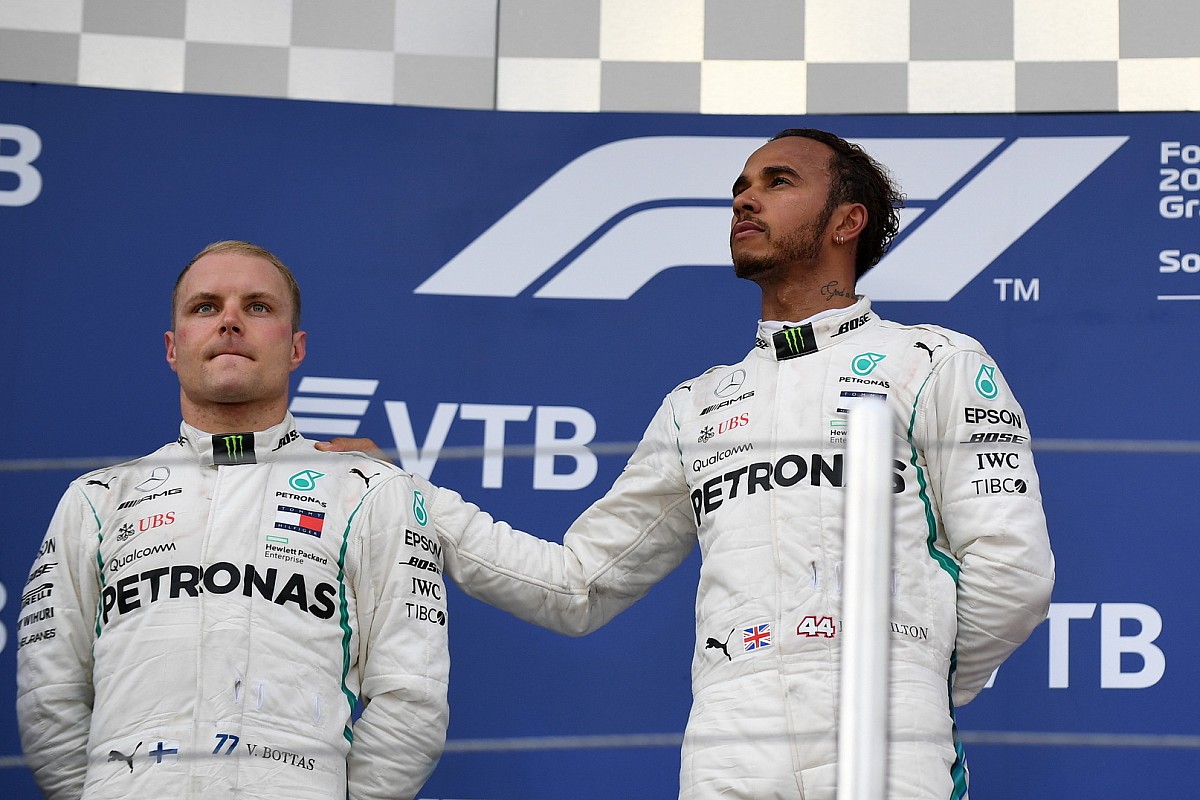 Toto Wolff says Mercedes faced a scenario that it had not predicted ahead of the Russian Grand Prix as he explained the reasons behind its team orders swap.

Pole-sitter and early race leader Valtteri Bottas was ordered to move aside for teammate Lewis Hamilton after the first round of pitstops at Sochi, as Mercedes grew concerned about the threat from the pursuing Sebastian Vettel.

Wolff was clearly far from happy about the difficult call, and said that the team would need to reflect on things after encountering a situation that had not come up in the morning's meeting to discuss team tactics.

"You want to control everything and there are a million scenarios we discussed in the morning, but we had a different one in the race," Wolff told Sky F1.

"So we need to take a step back after Sochi, fly back home, analyse and see what do we learn from a day like today."

Although Wolff accepted he would have preferred not to have imposed team orders, he says that the team also could not throw away the opportunity to bag as many points as possible for Hamilton.

"We are all racers at heart and what we want to see is out and out racing and may the quickest man win," he said.

"Then we are a bunch of rational guys and we discuss things in the morning and then everything is different in the race. And this is what happened today.

"We should be over the moon with a 1-2 and fundamentally we are, but we also feel that it went against Valtteri. It would have been a race win for him, and we changed it."

He added: "It is deflating for the driver and it is deflating for a team. But there is a harsh reality also that on such a day you can extend the lead by seven points more, for a championship that has been very tough and very difficult at times and you have to take it and this is what we did today."

Wolff also said that the team orders "mess" had ultimately been triggered by Hamilton blistering his tyres by needing to overtake Sebastian Vettel on track.

"It was one lap too late with Lewis and he lost a position to Sebastian," he said about the timing of Hamilton's stop. "This triggered let's call it the mess, because we came out behind Sebastian.

"Lewis needed to attack, and that caused the blister and that blister we needed to protect when Seb was all over him."