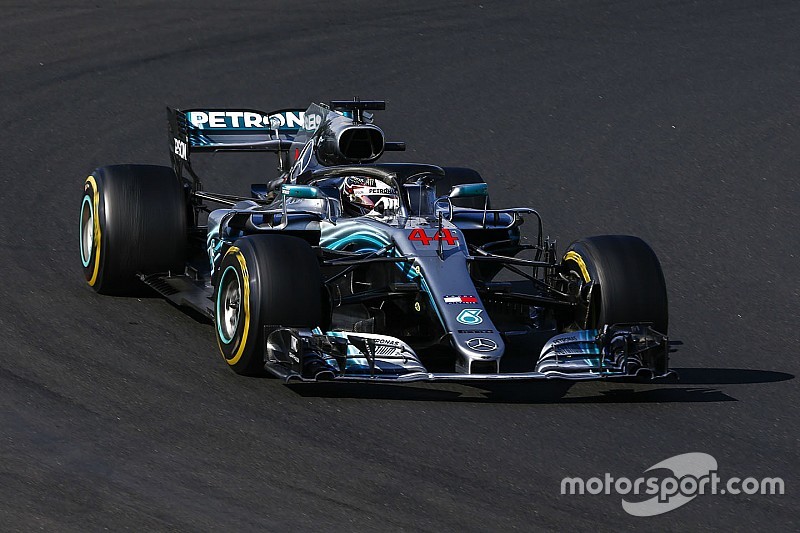 The Mercedes Formula 1 team is buoyant it has made progress with its weakness in high temperatures and will fare better in warmer races in the future.

Mercedes has traditionally overworked its rear tyres more than rivals, leaving it vulnerable in races held in higher temperatures and at rear-limited circuits.

However, Lewis Hamilton’s victory in the Hungarian Grand Prix prior to the summer break was earned in sweltering 33C heat, with track temperature at 57C.

Crucial to Hamilton’s win was a one-stop strategy executed via a longer-than-expected first stint on ultrasoft tyres that set up a long second stint on softs.

Explaining Hamilton’s ability to nurse the tyres, team boss Toto Wolff said after the race: “Free air plays a big role but it’s a little bit of a mystery that sometimes you perform on a tyre and not on the other one. I think it was the other way around with Ferrari.

“More data to collect, more to understand, but the prevailing, overarching feeling for us is that we won the race in Budapest with 60-degree track temperature.

“That was something we would have not thought could be achievable for us. That gives me a good feeling that we have understood more and we can be more competitive in the hot races in the future.”

Hamilton had struggled in Hungary in practice and admitted earlier in the race weekend that rear tyre management was usually a strong Ferrari trait.

He had baulked at the suggestion his own performances in races prior to Hungary had suggested Mercedes finding a silver bullet.

“If you look at some of the comments from the last race, it was ‘oh Mercedes all of a sudden knows, this race they’ve made the tyres last’, which is not the case,” said Hamilton.

Mercedes has been at pains to point out that improving its tyre management is not a matter of finding a solution that works everywhere.

It is a complex process that varies depending on ambient and track temperature and the circuit layout.

Technical director James Allison said after the race weekend it was a combination of the 2018 car being kind to its rear tyres, the car’s set-up that weekend and Hamilton’s ability to manage the rubber well.

Another area that Mercedes performed better in was its starts, with Hamilton and Valtteri Bottas keeping Ferrari’s Kimi Raikkonen at bay on the long run to Turn 1.

Wolff has previously indicated that was a weak point Mercedes needed to address, and Hamilton called it “an ongoing process” over the race weekend.

“The Ferraris have been very, very good on their starts,” he said. “They have been for years. It’s obviously a priority every year, they start when they’re doing development, because obviously there’s room to gain.

What next in Force India's fight for survival?

The Mercedes force of nature on the path to F1