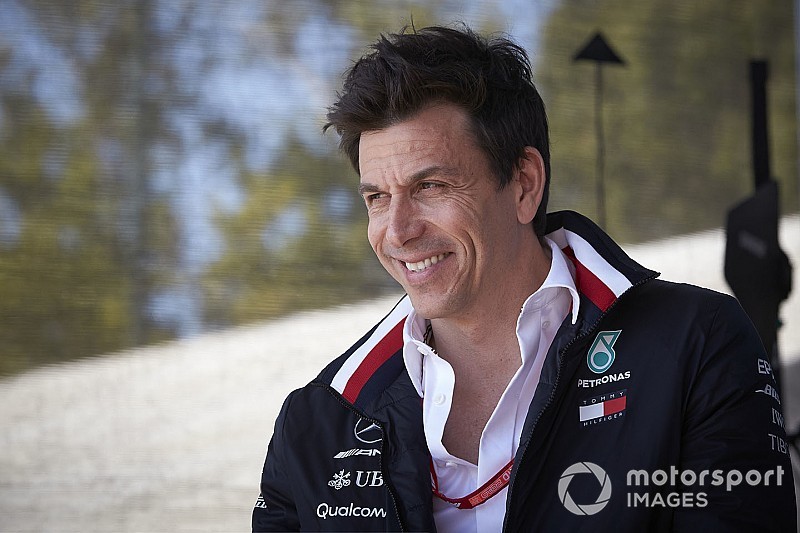 Mercedes Formula 1 boss Toto Wolff says the mindset that has helped the team dominate the sport has nothing to do with "tree-hugging" ideas.

The German squad has been F1's dominant force since the start of the hybrid era in 2014, winning both the drivers' and constructors' championships every year since then.

It currently leads the 2019 standings by 135 points from Ferrari, with Lewis Hamilton comfortably at the top of the drivers' classification.

Mercedes is seen as one of the best teams Formula 1 has ever had, and Wolff believes part of the secret for his squad's success has been staff continuity, something he reckons has been achieved through making the team a very appealing place to work.

"I know that they receive offers because they tell me," Wolff said about how he keeps his staff intact. "I think that we have been able to create an environment where you actually enjoy your job.

He added: "It is about brutal honesty with each other. We blame the problem but not the person. If somebody makes a mistake then we try to understand why and we try to avoid it in the future, or develop that person, and I think that it is truly about taking care of the human and their objectives.

"I think it is as simple as it is. We truly care about each other. It is not some kind of tree-hugging sentence that we have read somewhere on a billboard. It is the mindset that works in this team: and it translates into all areas of the organisation.

"Even now when I go through the drawing office, there are plenty of young people that have joined us over the years and in combination with the ones that have been there before it is a very strong group that everybody is buying into this mindset."

Mercedes has been often accused of downplaying its own performances, but Wolff insists the team's cautious mindset is legitimate and not a "psychological game".

"I hear people say to us when we reflect about our performance: come on! It's a home run this championship," he said. "And the way our mindset works is deep scepticism about whether the performance levels are enough to make it.

"It is not some kind of that we are trying to play, it is really an attitude and a respect for the performance of the others, that can come at any time, and that we have seen glimpses of that makes us stay grounded.

"You cannot buy anything from previous performances; whether it is eight race wins in a row or five championships in a row. As a matter of fact, it always starts from zero at the next track.

"And it is a mindset that the team has had over the years that has kept us honest."