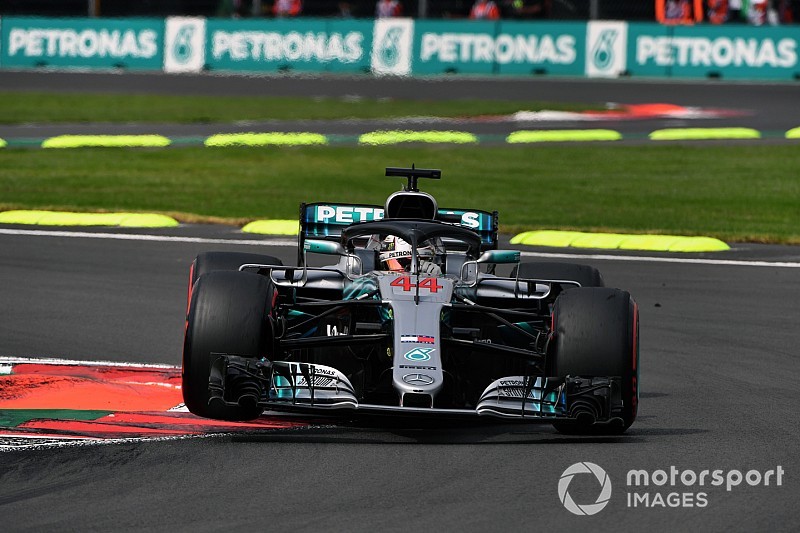 Mercedes boss Toto Wolff insists that his team's decision to race without its cooling rear wheel rim spacer did not contribute to its W09 behaving like an "F3" car in the Mexican Grand Prix.

Both Lewis Hamilton and Valtteri Bottas struggled with their tyres at the Mexico City race on Sunday, which left them unable to challenge the Red Bull and Ferrari cars ahead.

With those difficulties coming just a week after similar troubles in Austin, when Mercedes did not race its spacer either, it prompted suggestions that the team may have suffered without the extra help from its controversial concept.

But Wolff is adamant that the wheel rim issue is a red herring – because Mercedes' biggest headache in Mexico was not at the back of the car.

"The biggest problem today was the front left," he said when asked whether the team had been made vulnerable without the wheel rims.

"It was nothing to do with it."

Mercedes has elected to race without its wheel rim spacer design, which features small holes to help cooling, for the past two races to avoid any potential risk of a protest from Ferrari.

Ahead of the Mexican GP, Mercedes asked for a ruling from the stewards to get a definitive answer on the rims' legality, and it was told that the FIA was totally happy.

However, to be totally safe and avoid any chance of a rival outfit lodging a post-race complaint, Mercedes steered clearing of running them again.

The FIA is now likely to issue a technical directive ahead of the Brazilian Grand Prix to help clear up the matter.

Wolff said the Mexican performance was not out of the ordinary for a campaign where the team had sometimes struggles, but had been often helped by Hamilton's driving brilliance.

"I think he has been the differentiator," added Wolff. "Our car was the fastest at times, then not the fastest at other times. Sometimes it was an F3 car, like today [in Mexico].

"I don't think we had one single lap where we actually switched the tyre on. I don't think our car drove the tyre. And I have no explanation. We will be asking for explanation because these swings are just difficult."

Verstappen admits he was overdriving early in 2018