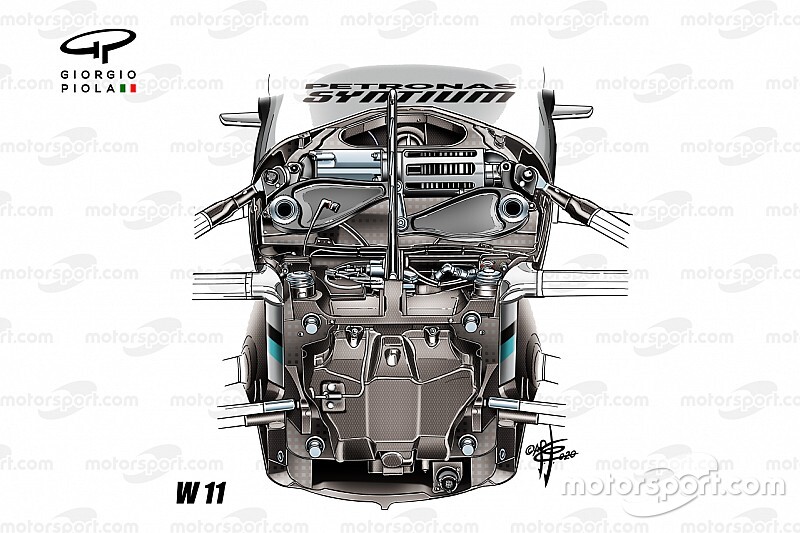 Mercedes’ controversial Dual-Axis Steering device was likely to be the big story of the Australian Grand Prix, until the coronavirus pandemic became the only narrative in town. Now that the dust has settled on the non-start to the 2020 Formula 1 season, let’s take a detailed look at how this innovative system is installed in the W11 chassis.

We’ve subsequently learned that Red Bull Racing was poised in Melbourne to protest the system, which alters the toe angle of the front wheels through drivers pushing and pulling the steering wheel.

During preparation work undertaken by the teams on Thursday in Australia, Giorgio Piola took his chance to examine the front-end of the car. He captured one of the first images of the new steering rack that forms part of the DAS system, an item that’s usually obscured by a carbon cover when the car is completely dressed for action. 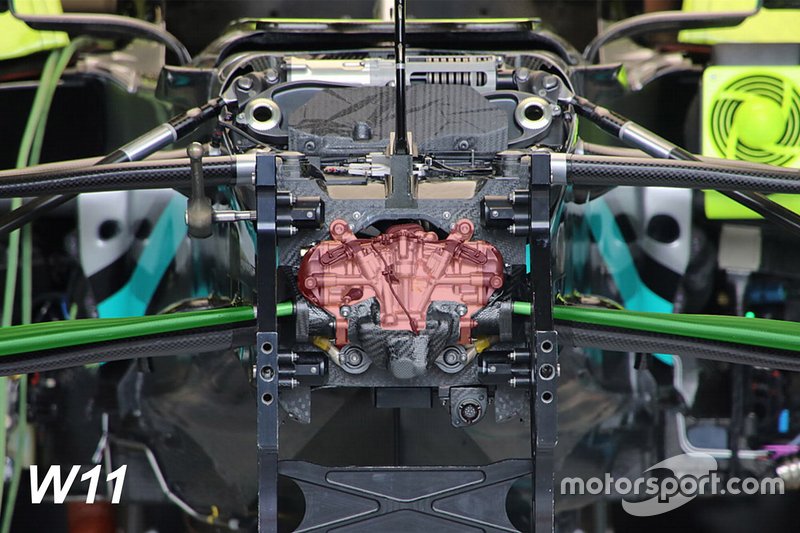 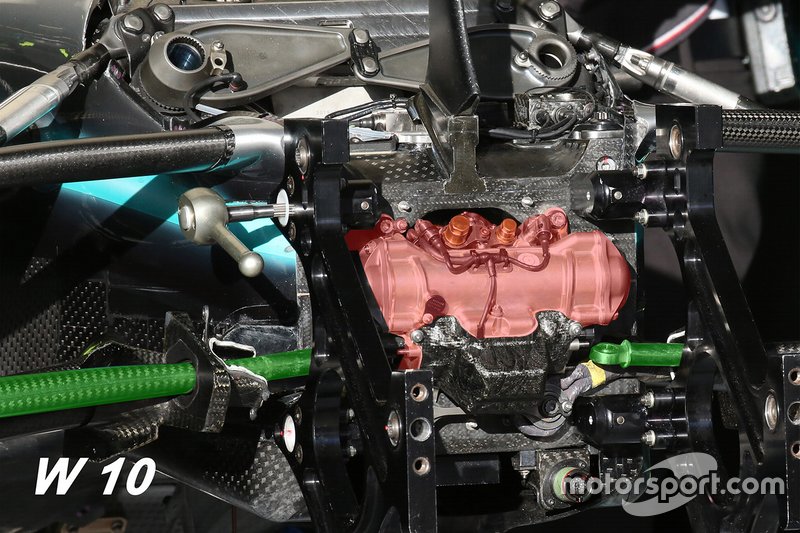 This confirms that the steering assembly differs for 2020. However, question marks over the exact operation of the system remain cloudy, with the most commonly-held theory of two opposing rack and pinions being mounted within the assembly now in doubt, as it would appear to be hydraulically controlled.

Having already been required to make changes to the car for Australia, concerning the brake ducts on the rear suspension, and with both Red Bull and Ferrari asking for clarification over DAS, it would have been no surprise if Mercedes had disabled the system during the Australian GP weekend to be on the safe side.

Politics aside, reading between the lines of how DAS has been approved by FIA’s technical department for 2020 and subsequently outlawed for 2021, article 2.5 of the technical regulations suggests that we will at least see the full details of the system released at some point...

2.5 New systems or technologies: Any new system, procedure or technology not specifically covered by these regulations, but which is deemed permissible by the FIA Formula One Technical Department, will only be admitted until the end of the Championship during which it is introduced. Following this the Formula One Commission will be asked to review the technology concerned and, if they feel it adds no value to Formula One in general, it will be specifically prohibited.

Any team whose technology is prohibited in this way will then be required to publish full technical details of the relevant system or procedure.

In the video below, Piola has demonstrated what packaging changes have been made to accommodate the system, comparing the new car’s front-end with the 2019 W10 design…