Red Bull boss Christian Horner say Mercedes' latest rules blunder has exposed a clear weakness at the world champion team, and could be a sign of complacency creeping in. 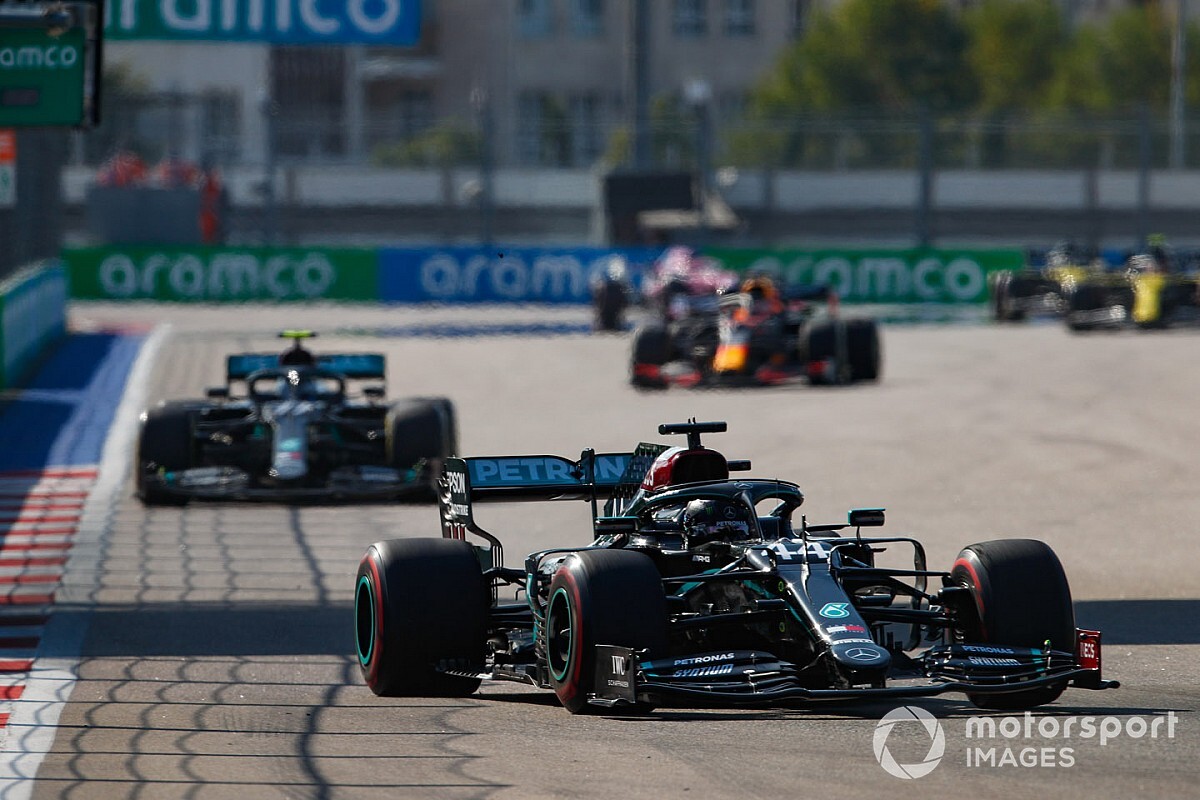 Lewis Hamilton was handed two five-second penalties at the Russian Grand Prix after making practice starts outside of the area that had been designated by the FIA.

Mercedes later owned up to having wrongly advised Hamilton that he would be okay to practice his getaways outside the pitlane, an action which prompted the stewards to row back on handing out two licence penalty points to the world champion.

With memories still fresh of the error Mercedes made at the Italian GP when Hamilton was brought in for a tyre change despite the pitlane being closed, it has highlighted that the German car manufacturer is not infallible.

And on a weekend where Red Bull produced the fastest pitstops of the season – with a 1.86 seconds turnaround for Max Verstappen and a 1.89 stop for Alex Albon – Horner says Mercedes' errors are something his team can exploit.

"That's why we desperately would like to get a car to challenge them, because I think operationally we have a very strong team," said Horner, who saw Verstappen split the Mercedes drivers with second place in Sochi.

"We've demonstrated that again with the fastest pitstop, and if we didn't break the [overall] record, we were certainly very, very close to it. It was the fastest one that we measured, and I got 1.8 seconds on my watch."

Horner said that being at the front in F1 can sometimes make it harder to operate without problems, as he suggested that after a long period of dominance it was all too easy for mistakes to creep in through complacency.

"We can only focus on ourselves," he said. "They [Mercedes] obviously have had some issues and when you're constantly at the front, it's easier sometimes to be the challenger team.

"Sometimes complacency can slip in when you've had such a period of dominance."

But despite Red Bull feeling there is an opportunity to exploit Mercedes mistakes, Horner is realistic that the stable regulations in to next year will make it hard to expect a massive change in the competitive situation for 2021.

"I think 2022 is the big opportunity," he said. "I think 2021, when you consider the DNA of these cars is carried over, then there are a lot of carry over parts.

"But that doesn't mean to say that we cannot unlock more potentially from our car, and develop the car effectively. I think we can close that gap."