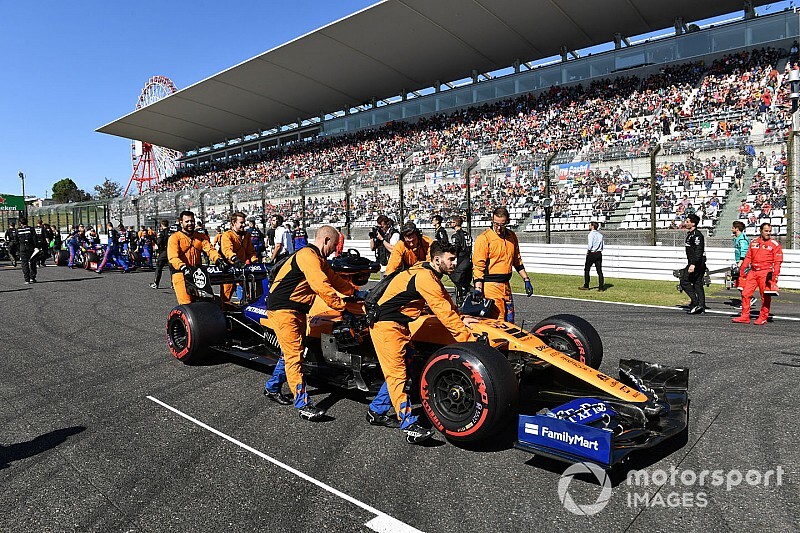 McLaren team principal Andreas Seidl thinks it would not be right for Formula 1 to hold qualifying and the race on the same day in the future, despite the format proving popular in Japan.

While drivers and fans liked the format, teams were less in favour – both because of the increased headaches that come from car problems, plus the lack of weekend talking points.

Speaking about his view on the same-day format, Seidl said: “I wouldn’t be in favour of that, because I think it is good to have qualifying on Saturday. [Then you have] all the reporting and discussions about it internally and in the outside world.

“I am more in favour to look if you could compress the race weekend a bit more, which is a discussion we are having anyway. I don’t think it is the right thing to put everything just on the one day with the highlights.

“I think the biggest issue is the time limit you have if you have a big problem and need to change components.”

Renault was one of those teams that did face a headache in needing to change components after qualifying, thanks to the issues its drivers suffered.

But its F1 managing director Cyril Abiteboul reckoned that it was worth considering the idea of the same-day format.

“I quite liked it,” he told Motorsport.com. “Why I am saying that is because in the end it was not so bad and was all positive.

“I can tell you that when you go out immediately for qualifying and you have an issue, your qualifying session is ruined plus with the parc ferme rules there is little you can do.

“With the problem we had, we were allowed by the FIA to fix them but the time was limited and the race crew were amazing. We showed that it is creating some pressure, it is creating a bit of chaos, so frankly it’s interesting.”

But although some think a two-day weekend would work, F1 managing director of motorsport Ross Brawn said last week the sport has no plans to move away from the current three days of action.

“It's true that a day like Sunday in Suzuka offers a great show in just a few hours but it would confine the feeder series races to the previous days,” he said in his post-race review.

“After careful analysis we have concluded that the best solution is to keep the event over three days, revising the Friday format but leaving the rest untouched, with qualifying on Saturday and the race on Sunday.”