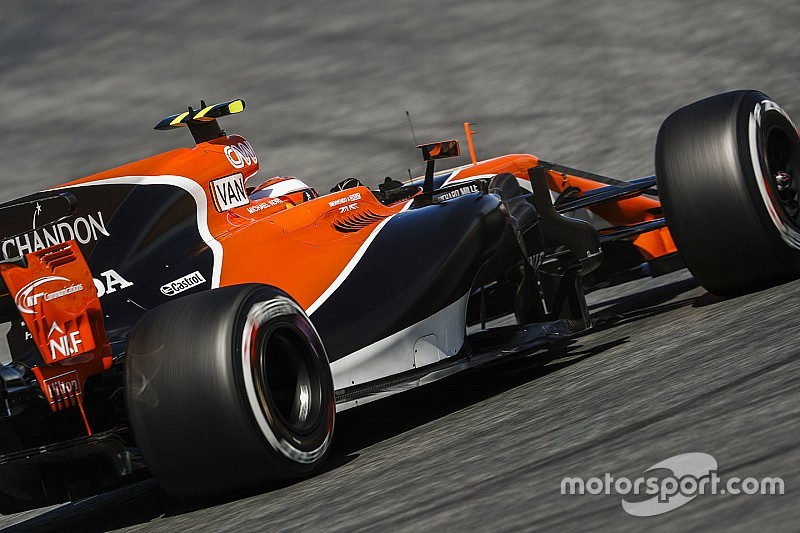 McLaren plans to introduce the second part of its major update package at the Monaco Grand Prix, after being hugely encouraged by the first step that ran in Barcelona.

New wings, floor and other bodywork elements helped Fernando Alonso deliver the team’s best qualifying performance of the season so far at last weekend’s Spanish Grand Prix, as he lined up seventh on the grid.

But even more encouraging than the pace potential was the fact that the new parts showed such good correlation with the team’s windtunnel and CFD data – something which has given it a big confidence boost about the steps that can be expected from parts currently being worked on.

Racing director Eric Boullier told Motorsport.com that the team’s behind-the-scenes work to get its correlation sorted was now paying off, and that what was coming for Monaco should help it make another step forward.

“We have restructured and rebuilt the team and now it is working and operating very, very well,” said Boullier. “You can see the results: and our correlation rate is unbelievable.

“In Spain we brought a new front wing, new bodywork, new floor, and new rear wing and it is correlating 95 percent. And with this year’s new regulations meaning there are big gains every time you work in the wind tunnel or CFD, we see big potential still.

“So what we had on the car [in Barcelona] was the first part of the package and the second part will be in Monaco. It has allowed us and Fernando to step up into this midfield pack – and this is a fact not fantasy.”

Although Alonso’s hopes of turning his Spanish GP qualifying performance into McLaren's first points of the year were dashed after a collision with Felipe Massa at Turn 2 of the race, the team believes it now has a car capable of finishing in the top 10.

“It is not hope – we know that on the less power sensitive tracks that we can be in the points,” added Boullier. “That is it. But we are not racing to be seventh. I told Mansour [Ojjeh, McLaren shareholder] that on Saturday.

“He got excited about qualifying, and especially when you watch the telemetry live, you can see where he [Alonso’] was gaining and where he was losing, so for maybe three seconds you will go, ‘yes, another step done!’

"But the next thought is – ‘it is just seventh you know’. So nothing to be really excited about.”