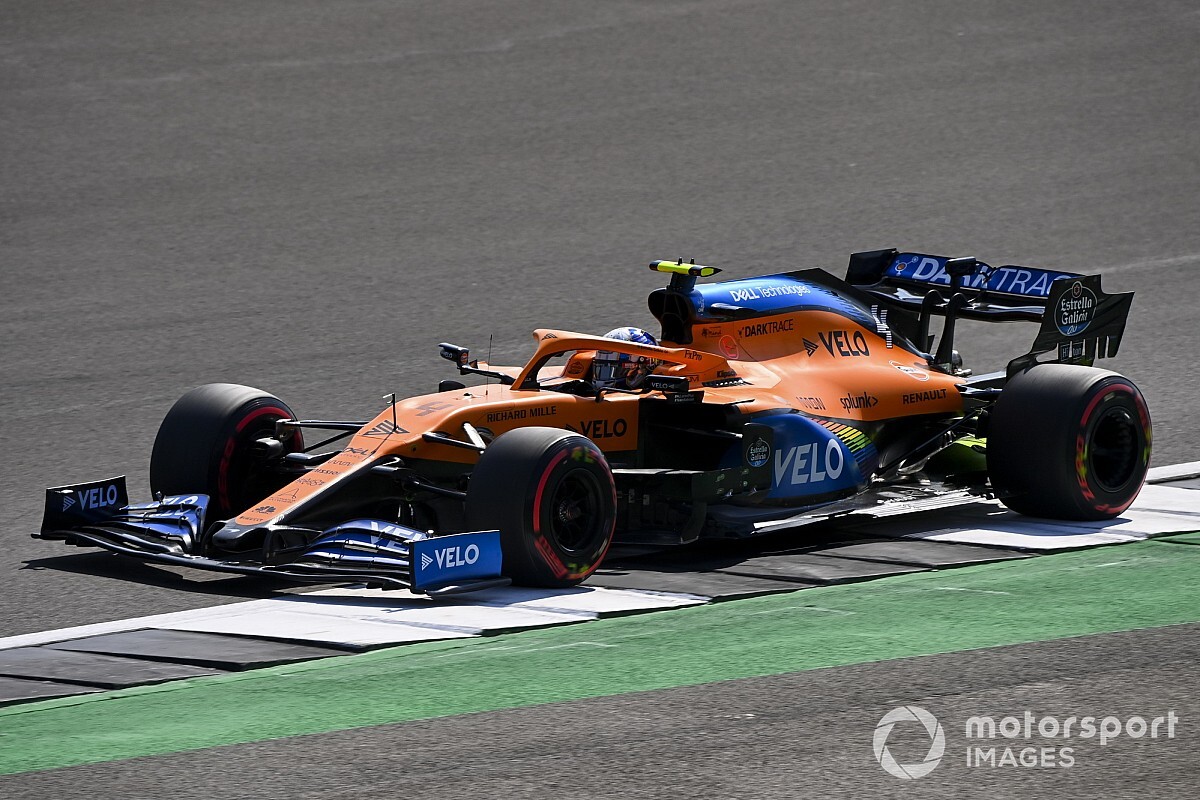 Formula 1’s bid to create some tyre ‘controversy’ by going softer with its choices at Silverstone this weekend was the right thing for the sport to do, says Lando Norris.

Drivers and teams have faced some strategy headaches this weekend in dealing with the softer compound tyres, especially with there being such high degradation on the softest of the range.

But although that has caused some difficulties, and could make the 70th Anniversary Grand Prix a huge challenge, Norris reckons things could have been too boring if teams had the same tyres as last weekend.

“I think it's good that we've done something different and it's not the same weekend over again,” said Norris, when asked by Motorsport.com for his thoughts on the tyre shuffle.

“I think last week proved it wasn't the most exciting race. It only got exciting because people were having tyre failures. Otherwise it would have been a boring race from the outside, and also kind of from the inside. So I think that kind of saved it.

“I think doing what we were doing and changing things up and trying to cause some controversy in some ways should only make the racing better.”

Norris’ teammate Carlos Sainz echoed Norris’ view that going softer with tyres was the right thing to do, because it has opened up the possibility for a more exciting race.

“I think F1, Pirelli and everyone has taken the right decision to bring the softer compounds here,” he explained. “We all know they're not the best compound for the circuit, but it does spice it up a bit and it makes everything a bit more unpredictable.”

Sainz also suggests that after recent years where one-stop races have become the norm, a near certain two-stop scenario could offer F1 some clues about what’s best for the future.

“I think if anything, over the last two or three years with these new generation of cars, all the races have been pretty much one stop,” he said. “So I think it's good to see that we took a bit of a different direction into Silverstone 2.

“Pirelli sometimes they get a really hard time because of their tyres not lasting long enough, or deflating or puncturing. But there's some been some push from F1 and FOM to try and bring softer compounds here to try and make it a bit more interesting.

“So if the tyres don't last more than five or six laps on the soft tyres, it is not because Pirelli wanted it. I think everyone wanted a bit of a different kind of race scenario compared to Silverstone 1.”