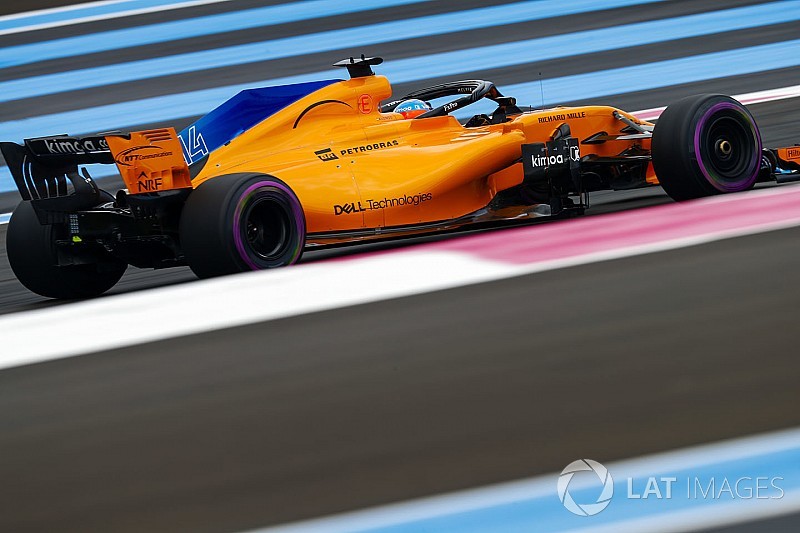 McLaren cannot identify the aerodynamic failings of its Formula 1 car in wind tunnel testing and is having to "experiment" on grand prix weekends to find solutions instead.

The British team is one of many users of Toyota's Cologne wind tunnel, regarded as the benchmark facility in racing.

However, McLaren's difficult 2018 continued with its worst qualifying performance of the season at this weekend's French Grand Prix, which Fernando Alonso will start 16th and teammate Stoffel Vandoorne 17th.

Zak Brown, McLaren F1's CEO, has revealed McLaren is unable able to see its car's problem in the wind tunnel because of a "characteristic" of the MCL33.

"I think we have identified the areas in which we have a problem, or problems," he said. "It's in aerodynamics. It's something that doesn't show up in the wind tunnel.

"Therefore, we can't try to solve it in the wind tunnel because we can't replicate the issue or issues.

"It's not a wind tunnel issue. What we've identified as the areas of weakness just simply doesn't show up in a wind tunnel."

Brown said that "unfortunately we're having to test and experiment at the race track", and said McLaren had tested different wing and floor configurations at Paul Ricard.

"While most other teams are now on their development path, their base programme is working for them, we're having to identify and work to solve these issues," he added.

McLaren racing director Eric Boullier has made it clear he does not want to stop developing the 2018 car to focus on '19.

Brown agreed, stressing McLaren needs to find a solution "so it [the problem] doesn't carry over to next year".

He said: "We have identified the general area of issues, so we know what we're chasing. What we don't obviously have yet is the solution in place."

Brown was addressing media in the team's post-qualifying briefing, which Boullier missed because, according to McLaren, he needed to attend the team's engineering meeting.

Asked if Boullier would remain in his role to the end of the season, Brown said: "I can confirm that everybody on the race team will be in Abu Dhabi."

Pressed on whether Boullier would be part of that team, or if any management structure changers were planned, Brown replied: "I'm not going to get into any personnel changes as a race team of 7-800 people.

"Eric is a valued member of the team. Clearly we have to identify why we've missed this year's aero and the development of the car."

Stoffel Vandoorne claimed nothing felt "particularly wrong" in the car in qualifying and that he was just lacking "overall performance", while Alonso said he was "missing performance, missing grip, speed, the pace".

The two-time world champion added: "We need to keep developing the car, probably a bit faster than what we are doing now.

Grosjean has "no explanation" for Q3 spin