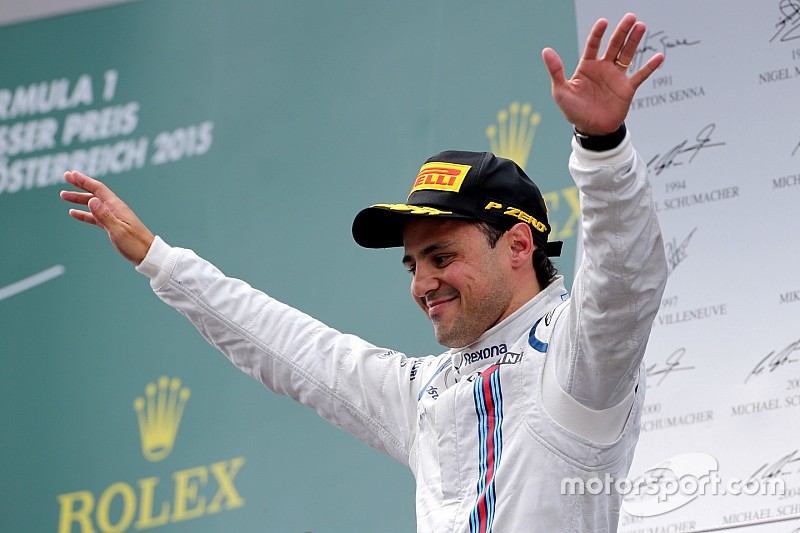 Felipe Massa's current top form is proof that his critics are wrong to not regard him as a top line Formula 1 driver, says Williams performance chief Rob Smedley.

Massa took his first podium finish of the season at the Austrian Grand Prix as he closed to within five points of team-mate Valtteri Bottas in the F1 driver standings.

And although the Brazilian does not receive as much acclaim as Bottas, Smedley is adamant that there is nothing to choose between his men – which is why those who write the Brazilian off are wrong.

“I have worked with Felipe for more than 10 years and I think some of you [media] do a really good job in writing him off and have done, and will continue to do so, that he is not a top line driver,” explained Smedley, who first formed a close partnership with Massa at Ferrari.

Smedley believes that one of the strengths of Williams is that Massa and Bottas are pushing each other so hard – which is getting the best out of them and their engineering teams.

“They both are evenly matched, both extremely quick, and they are both canny race drivers,” he said. “They know their race track very well and I think it just swings about a little bit because they are so evenly matched.

“You come to a circuit and Felipe is faster Valtteri and follows that through, and then you might go somewhere a couple of weeks later and it might swing the other way. It is just about their teams working in detail.

“What I am happy about is the way the two teams work together with their drivers now, they are both really pushing. I think we have got really great race engineers and performance engineers teams around both the drivers and that’s been a huge step forward.

“They are working in a way that I am happier and more comfortable with, and that’s bearing fruit. You get one driver in front on one weekend and then the race engineering team of the other car will go away and look at it in great detail, the amount of detail I certainly feel is necessary, and then they come in the next race in front. It is good that they are pushing each other.”

F1 chiefs in fresh push to get rid of 'driver aids'